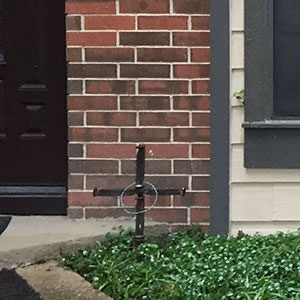 Dr. Leo “Jake” Hebert, III, lives in a property regulated by the Riverwalk Owners Association in Irving, Texas. After placing a small cross by his entryway, he received a letter from the HOA stating that the cross was a violation of the restrictive covenants and demanding that he remove it or face fines, though multiple neighbors have displays that apparently are not similarly treated. But when First Liberty send a letter asking the HOA to allow Dr. Hebert’s free expression, their response was remarkable!

A Cross to Ban

Dr. Leo “Jake” Hebert lives in a condominium in Irving, Texas. Dr. Hebert, a Christian, placed a small cross, barely visible to passersby, on a small area of grass near the entryway to his home. Other neighbors have their own displays, including several who had Halloween decorations and pumpkins.

Dr. Hebert received a letter from one of his home owners associations, the Riverwalk Owners Association, demanding that he remove the small cross or face a fine. Dr. Hebert then reached out to First Liberty Institute.

In November 2020, First Liberty Institute sent a letter to the Riverwalk Owners Association on behalf of Dr. Hebert, asking the HOA to allow his small cross display. First Liberty explained in its letter that the HOA’s prohibition on Dr. Hebert’s cross, while subsequently allowing non-religious displays in front of his neighbors’ homes, violated both federal and state law.

Remarkably, in an immediate email response to First Liberty’s letter, the HOA president said that he would not even bother reading past the second sentence of First Liberty’s letter and that, “…if your client wanted to express his individuality, he shouldn’t have moved into a condo where blasé conformity is the requisite norm,” and, “your client doesn’t get a pass because he’s hanging a religious symbol.”

Justin Butterfield, Deputy General Counsel for First Liberty Institute said, “Demanding that Dr. Hebert remove the small cross he placed by his front door while allowing other residents’ larger, non-religious displays is not only outrageous, it’s illegal. In all my years defending religious liberty, I’ve never seen such a quick and hostile response that exhibits such a disregard for and disdain of the law.”

Please watch for updates in this important case. 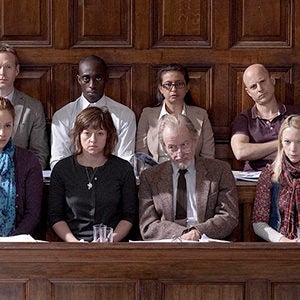