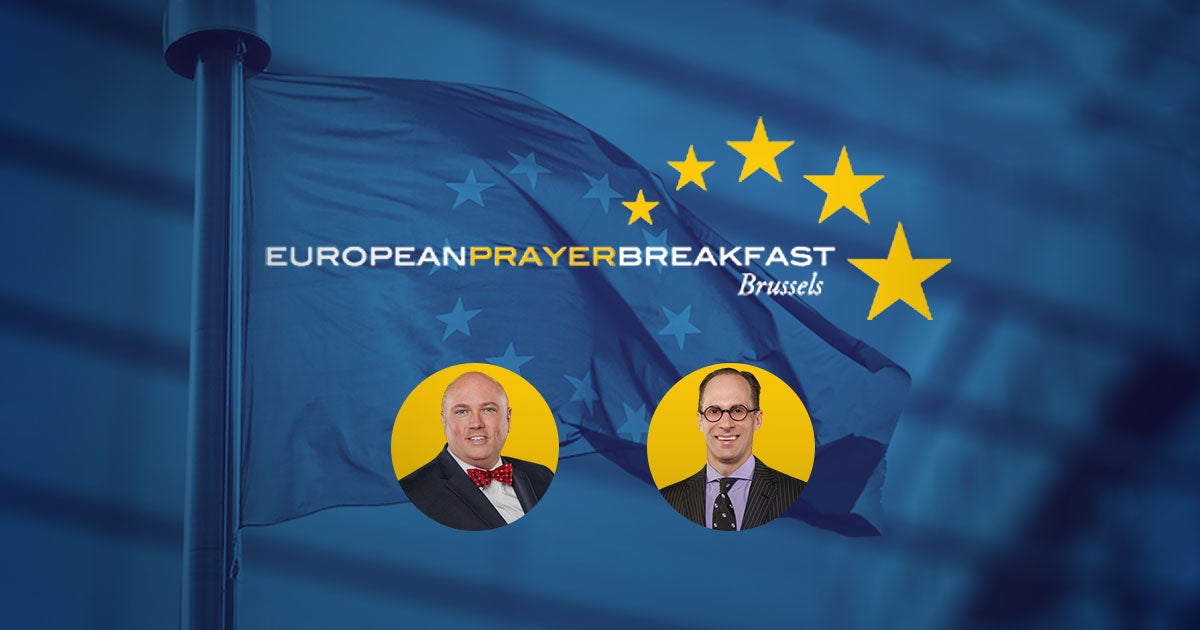 Each year, the breakfast is held at the European Parliament in Brussels, Belgium, where Christians from across the greater European Union and the globe, gather in friendship and prayer around the person and work of Jesus Christ.

Invitations to the event were extended to Andrew and Trey by Charlie Weimers, a member of the European Parliament from Sweden, and the chairman of the European Conservatives and Reformists Group’s Working Group on Freedom of Religion and Belief.

This year’s theme, “Speak, Lord, for your servant is listening” (1 Sam. 3:9), was delivered to the more than 400 political, religious and NGO leaders by Peter van Dalen, a member of the European Parliament from The Netherlands, along with David Beasley, the former Governor of South Carolina who now runs the United Nation’s World Food Programme.

The prayer breakfast also gave Andrew and Trey the chance to catch up with some old friends, including: Dr. Mihail Neamtu, a prominent Romanian public intellectual and politician, who participated in First Liberty’s academic colloquium on natural law and religious freedom last May; Mari-Ann Kelam, a prominent Estonian who had a leading role in her country’s fight for political, economic, and religious freedom against the former Soviet Union; and, Jovan Tripkovic, a promising young Serbian intellectual who participated in First Liberty’s 2019 DC Fellowship Program (and whom MEP Weimers invited to the breakfast at First Liberty’s request). 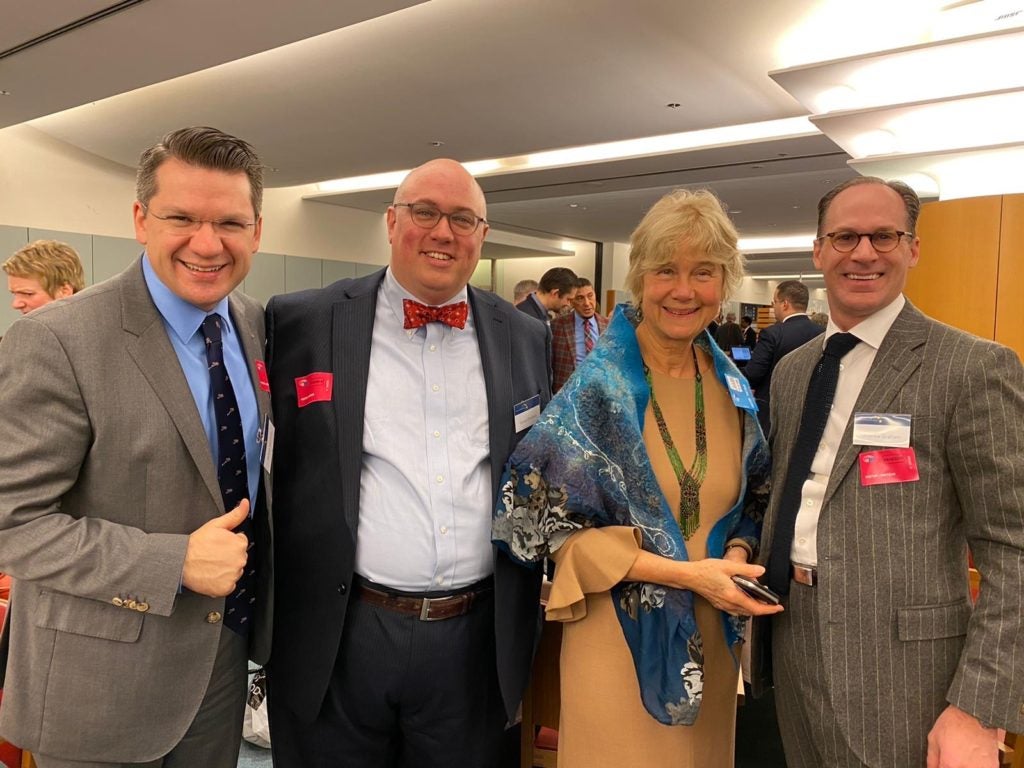 Pictured at the 22nd Annual Prayer Breakfast: Trey Dimsdale (FLI), Andrew Graham (FLI), Mari-Ann Kelam and Mihail Neamtu (who according to Andrew, were responsible for taking down communism in Estonia). 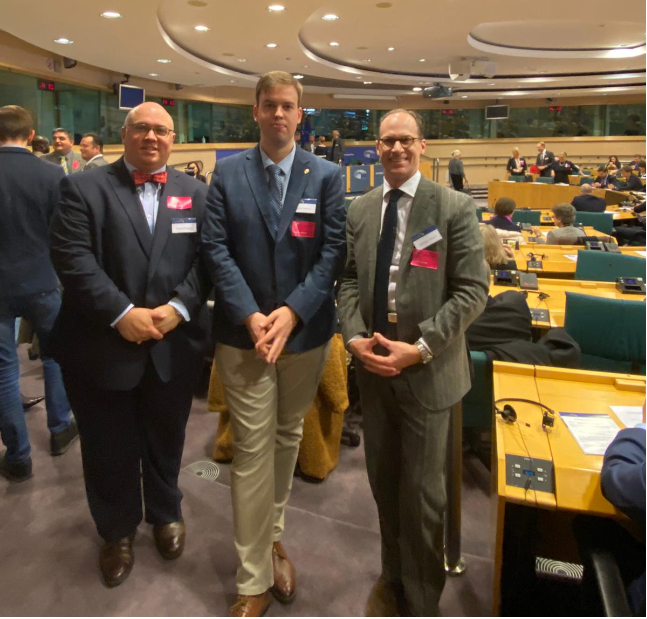 Beyond their time at the European Parliament in Brussels, Andrew and Trey visited Bibelseminar Bonn in Bonn, Germany, an affiliate of Southwestern Theological Seminary in Fort Worth, Texas.

While there, Andrew spoke to the students about FLI’s work to preserve and promote religious freedom, and Trey delivered an insightful, and timely, lecture comparing the U.S. Constitution with Germany’s.

From Bonn, Andrew and Trey traveled to England to visit Andrew’s old stomping-grounds in Oxford, where Andrew received his master’s degree before going to law school. Here, they had the exciting opportunity to meet with Dr. Richard Turnbull, the former president of Wycliffe Hall, who now directs the Centre for Enterprise, Markets, and Ethics, an organization dedicated to promoting economic freedom from a Christian perspective—and where Trey has the distinction of serving as an associate fellow.

A key topic for discussion with Richard was an in-depth look at the important, but often neglected, relationship between economic freedom and religious freedom, as well as a fruitful planning session for new ways to further help bring this topic into the spotlight.

The trip was not all business, however, as Andrew and Trey took some time to visit an important historical site for religious freedom and freedom of conscience—the cross on Broad Street that marks where the “Oxford Martyrs” were killed during the Marian persecution in the 16th century.

The Oxford Martyrs—bishops Hugh Latimer and Nicholas Ridley, and archbishop Thomas Cranmer—were three Protestants clerics tried for heresy and burnt at the stake for their religious beliefs and teachings. (The intolerance went the other way, too, of course; most notably, Sir Thomas More, the Lord Chancellor of England (and a member of Andrew’s Oxford college), lost his head when he refused to consent to the divorce of Henry VIII from Catherine of Aragon due to his Catholic faith.)

In London, moreover, Andrew and Trey met with Colin Hart, the director of the Christian Institute, the leading organization in the United Kingdom advocating for religious freedom and Judeo-Christian values in law and public life. Their discussions soon revealed that Christians in the United States and the United Kingdom face many of the same issues, and they discussed ways they could collaborate concerning their advocacy on behalf religious freedom.

No doubt, Andrew and Trey went “all in” with their wonderfully productive year-end efforts to advance religious freedom in the culture…and with 2020 quickly emerging as a break-through year, a variety of exciting new opportunities lie ahead.

With your financial support, we can advance religious freedom in our culture through First Liberty’s Education and Policy initiatives. 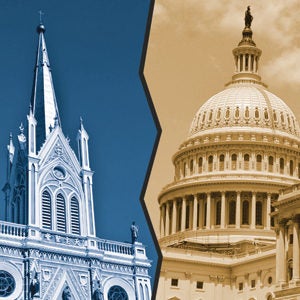 Cooperation of Church & State: How We Must Stand Together Amidst a National Health Crisis

Amidst the coronavirus outbreak, we have an opportunity to become a country that’s stronger, more unified and committed to its roots in faith and service. Times of crisis remind us why we must fight for religious liberty, so that state and church can work together to bring hope and relief to our neighbors and our local communities. 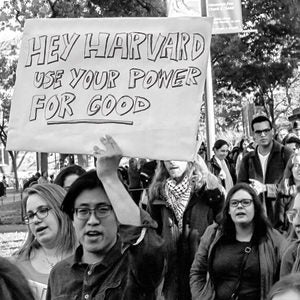 Hostility at Harvard: How the All Out Assault on Faith is Heating Up On College Campuses

Opponents of religious liberty are becoming more brazen in their attacks, and they’re not limiting themselves to public K-12 schools, or to faith-based schools. More frequently, we’re seeing activists fixated in trying to shut down religious expression and viewpoints in the educational institutions where open and diverse debate should be encouraged.