Religious Freedom Before the First Amendment: The Catholics of Maryland | News | First Liberty

Religious Freedom Before the First Amendment: The Catholics of Maryland 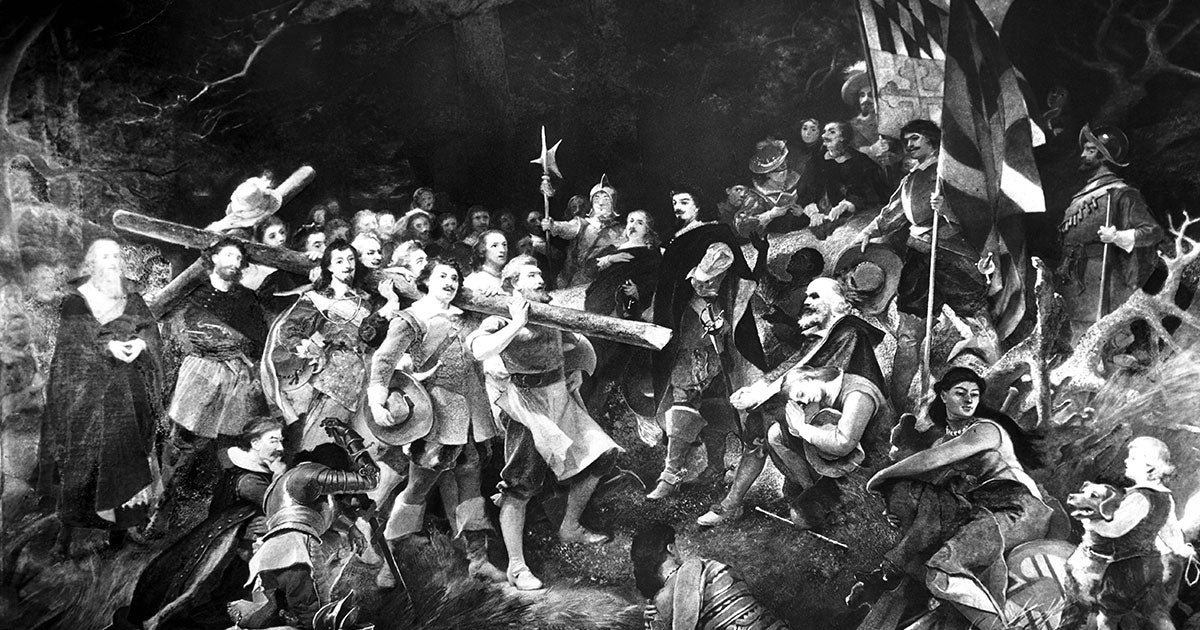 The Puritans of the Massachusetts Bay Colony were not the only ones who sought religious freedom in the New World. English Catholics similarly wanted a place to live and worship freely.

In 1632, just two years after the Puritans had landed in Massachusetts Bay, the Catholic-sympathizing King Charles I granted George Calvert, the first Lord Baltimore and a devout Catholic, a charter to the land between Delaware Bay and the Potomac River. Charles specified that the new colony was to be called “Maryland” in honor of his wife, the openly Catholic Queen Henrietta Maria, sister of Louis XIII of France.

Beyond being a commercial success, Calvert intended the colony to be a Catholic refuge. His death shortly before the charter was sealed resulted in its transfer to his oldest son, Cecil, who had assumed his father’s title as the second Lord Baltimore. Also a devout Catholic, Cecil shared his father’s vision for a religiously free Maryland.

Regarding religion, Calvert faced a decision for his colony: establish the Church of England in Maryland or separate church from state. Of the two, he chose the latter, believing that it would allow for greater religious freedom for Catholics. He also judged it best for a very practical reason. As it happened, Catholics were always a small minority in the colony. Protestants had flocked to Maryland in pursuit of economic opportunity, thus creating a religiously pluralistic population from the outset. So, separating church from state would give religious freedom for Catholics a greater chance to succeed. Not coincidentally, the layout of Maryland’s first township, St. Mary’s City, put the first statehouse as far away as possible from the first church (which, notably, was used by both Protestants and Catholics). Despite there being a Protestant majority, Maryland always had a Catholic air. Still, Protestants and Catholics lived together in relative harmony.

Since its founding, America has shined as a beacon of freedom for the religiously persecuted.

Today, First Liberty is leading the fight for religious freedom, the building block of all liberties.

In 1642, political and religious turmoil in England resulted in a bloody civil war between Parliament and the Crown, which ultimately led seven years later to Oliver Cromwell’s execution of Charles I. For Calvert, Charles’s death meant that he no longer had royal support and that his charter was imperiled. So too was Calvert’s policy of religious freedom.

Consequently, Calvert soon sent a series of proposals to the Maryland Assembly, which by that time had a Puritan majority. Among the proposals approved was “An Act Concerning Religion,” today better known as the Maryland Toleration Act of 1649. The Act stated that “no person or persons whatsoever within this province…professing to believe in Jesus Christ, shall from henceforth be in any ways troubled, molested or discountenanced for or in respect of his or her religion nor in the free exercise thereof…”

Conspicuously, the Act only provided religious freedom for the majority of Maryland’s residents, that is, Catholics and Protestants (not Jews). In reality, the Act was a practical solution to new political realities. It both protected Maryland’s Catholics and attempted to assuage the Puritans in Maryland and England in the aftermath of the regicide. The Act, alas, was repealed only five years later, and Maryland’s Puritans placed Catholics under civil and penal disabilities.

Due to turning political tides in both Maryland and England, however, the Act was reinstated in 1658 and then remained the law of the land until 1692 when it was again repealed, this time by the Crown under the staunchly Protestant King William of Orange and Queen Mary, who sought to establish the Church of England in all parts of their realm, including Maryland. From that time until the American Revolution, the religious life of Maryland’s Catholics would parallel the disabilities of the Catholics in England.

Though ultimately ephemeral, the Calverts’ vision for a religiously free Maryland remains an important part of the colonial legacy that would culminate nearly 150 years later in the First Amendment. Of particular importance to history and the freedom we experience today is that the Act was the first law in the colonies to refer to “the free exercise” of religion, the same language that James Madison would later use in drafting the First Amendment. 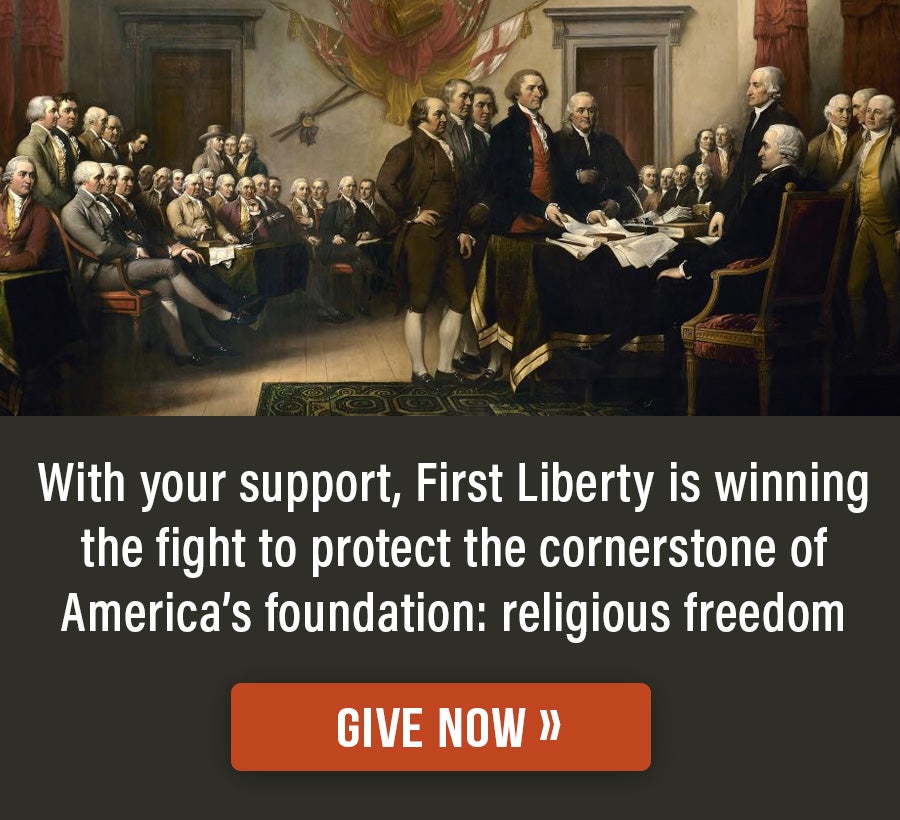 Sutto, Antoinette. Loyal Protestants & Dangerous Papists: Maryland and the Politics of Religion in the English Atlantic 1630–1690. Charlottesville and London: University of Virginia Press, 2015.

First Liberty will appeal Coach Kennedy’s case to the U.S. Supreme Court. And with a statement from the justices in hand, victory for Coach Kennedy is within sight.

Russia offers another example warning Americans that a politicized judiciary will take our country down the dangerous “Road to Tyranny.”