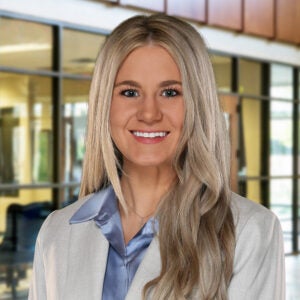 Courtney Jones is a Legal Fellow with the First Liberty Institute.

Courtney graduated with honors from SMU Dedman School of Law, where she served as a mentor for the Academic Success Program. During law school, she was a judicial extern to the Honorable Judge Brantley Starr in the Northern District of Texas, the Chief Student Associate in the Actual Innocence Clinic, and a competition director with the Board of Advocates. Courtney spent her summers as a legal intern to the Honorable Judge Matthew Kacsmaryk in the Northern District of Texas, at the Collin County District Attorney’s Office, and at the First Liberty Institute. Courtney will work as a law clerk to the Honorable Judge Brantley Starr in 2023.

As a former client of the First Liberty Institute, Courtney is passionate about restoring religious freedom for all in America.