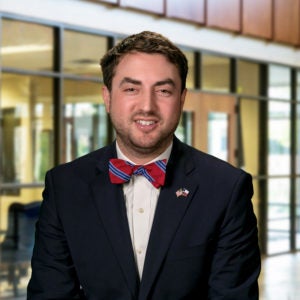 Josh Hammer is Of Counsel for First Liberty Institute, specializing in cases involving religious liberty matters and the First Amendment.

Prior to joining First Liberty Institute, Josh worked at Kirkland & Ellis LLP’s Houston office and clerked for Judge Jim Ho of the U.S. Court of Appeals for the Fifth Circuit. Josh has also served as a John Marshall Fellow with the Claremont Institute, as a law clerk on the U.S. Senate Judiciary Committee staff of Sen. Mike Lee (R-UT), and as a religious liberty intern with the Ethics and Public Policy Center. In addition to the Daily Wire, Josh has also contributed to other political websites, including RedState and The Resurgent.

Josh is now a Dallas local and a member of the Texas State Bar. Though not a native Texan, he can still usually be found in his cowboy boots.