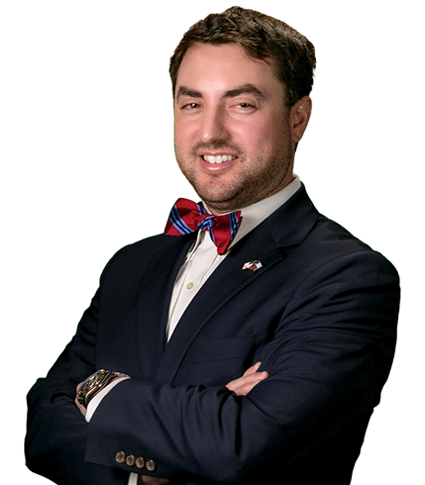 Josh Hammer is Of Counsel for First Liberty Institute, specializing in cases involving religious liberty matters and the First Amendment.

Prior to joining First Liberty Institute, Josh worked at Kirkland & Ellis LLP’s Houston office and clerked for Judge Jim Ho of the U.S. Court of Appeals for the Fifth Circuit. Josh has also previously served as a John Marshall Fellow with the Claremont Institute, as a law clerk on the U.S. Senate Judiciary Committee staff of Sen. Mike Lee (R-UT), and as a religious liberty intern with the Ethics and Public Policy Center.

Josh is also the Opinion Editor of Newsweek, a syndicated columnist through Creators Syndicate, a BlazeTV contributor, and a campus speaker through the Federalist Society and Young America’s Foundation. A frequent writer and essayist on legal issues, Josh’s first piece of formal constitutional scholarship was published in 2020 by the University of St. Thomas Law Journal. He has also been published by many leading lay outlets, including the Los Angeles Times, the New York Post, National Review, First Things, the Daily Wire, Fortune magazine, Fox Business, Jewish Telegraphic Agency, the Jewish Journal and the American Mind, the Claremont Institute’s online journal of conservative thought.