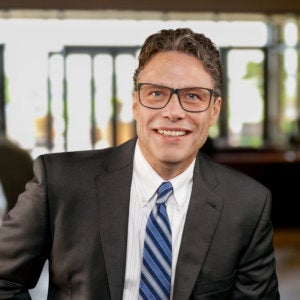 After joining the firm as Creative Director in late 2017, Todd was promoted to Sr. Marketing Director the following June. In February 2020, he was promoted to Chief Marketing Officer, and now oversees all of the firms integrated marketing channels. His team has won 2 national awards during his tenure: “Best Digital Marketing Campaign” from the National Religious Broadcasters Association (NRB), and the 2020 Apex Grand Award for Publication Excellence.

Previously, Todd served as Promotions Director at Moody Bible Institute, where he developed on-air, online and on-premise promotions and events to drive awareness and tune-in for Moody Bible Radio in core target markets.

Todd spent the prior decades establishing his name as an advertising and marketing industry veteran, directing numerous award-winning national campaigns and leading globally recognized creative teams at some of the foremost agencies in the industry: The Radiate Group/Omnicom, Entertainment Marketing Inc. (EMI), UPSHOT, Einson Freeman, Golin/Harris and Edelman Worldwide.

Career highlights include leading EMI to its first Top 20 ranking in PROMO Magazine’s HOT 100, including a #4 national creative team ranking; leading his team to industry Ex, Reggie and Globe Awards for Kodak’s sponsorship of the House of Blues 10th Anniversary campaign “Celebrate the Blues in Kodak Black & White”; winning Agency of the Year honors directing national music, sports and lifestyle entertainment promotions for Coca-Cola, Anheuser-Busch and Sony Music as VP of Creative at UPSHOT; and winning a Silver Trumpet Award for the 26th McDonald’s All-American Band campaign in partnership with the Grammy Awards.

Throughout his career, Todd has been a featured guest speaker on innovation and creativity at a variety of national and international marketing industry events, including Promotional Marketing Association (PMA), Event Marketer and Encuentro Creativo – La Pasion de Crear.

He received his Bachelor of Journalism degree from the University of Missouri-Columbia, is a graduate of Chicago’s renowned Second City School of Improv, and is certified in Digital Marketing Strategies by Northwestern University Kellogg School of Management.