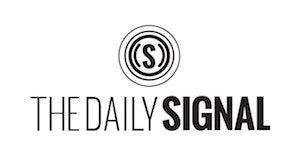 OPINION: Why the Left Is Wrong About Jefferson’s ‘Wall of Separation Between Church and State’

April 13 marks the 275th anniversary of Thomas Jefferson’s birthday. A renaissance man with a long and accomplished legacy, Jefferson played a major role in the founding of the United States of America—and establishing its strong protections for religious freedom for all. There can be no better way to celebrate […]