First Liberty Institute is the largest legal organization in the nation dedicated exclusively to defending religious liberty for all Americans.

As a nonprofit, First Liberty works with some of the nation’s top attorneys. We believe that true religious liberty means recognizing the fundamental right of all people—including all ages, races, genders, and faiths—to follow their consciences and to live according to their beliefs. First Liberty’s legal team has argued and won cases at every level, including at the Supreme Court of the United States.

Since 1997, First Liberty has been working across the nation to secure religious freedom in five major areas: schools, military, houses of worship, the marketplace, and the public square. 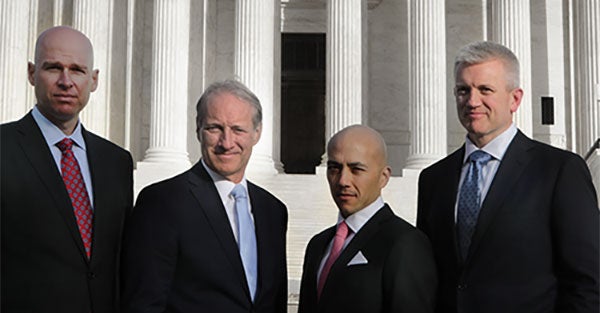 All our attorneys are religious liberty experts. Media appearances are available based on expertise, case specifics, and scheduling factors.

Visit our Legal Team web page to learn more about our attorneys and to download high resolution photos. 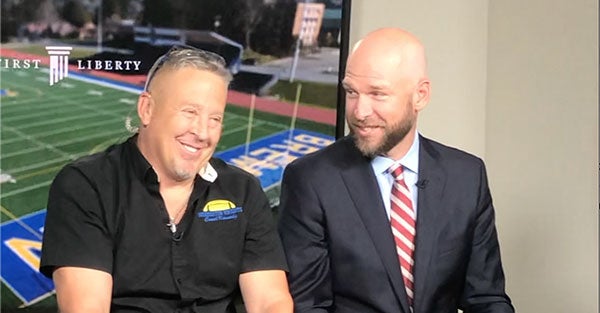 First Liberty Institute has full-service in-house broadcast facilities including a TV studio, operated remotely by Reel+Co. Our TV studio utilizes LiveStudio technology that allows our experts to do both live and taped interviews in-house, helping to facilitate quick responses to live TV interview requests, and eliminate travel and scheduling challenges. The studio is also equipped with professional quality lighting and electronic backdrop that allows for any number of backgrounds. It is equipped with three (3) Sony ECM-77B lavalier mics and four (4) Shure SM7B table top mics. 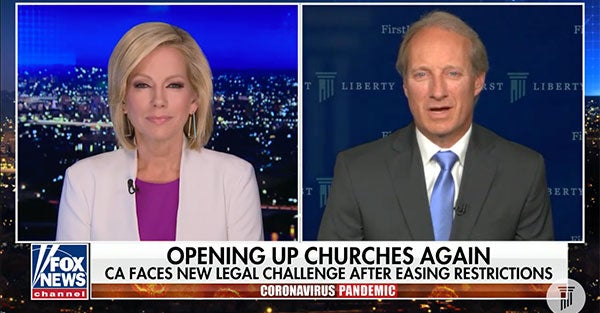 To schedule a media interview with one of our attorneys, click here or email media@firstliberty.org: