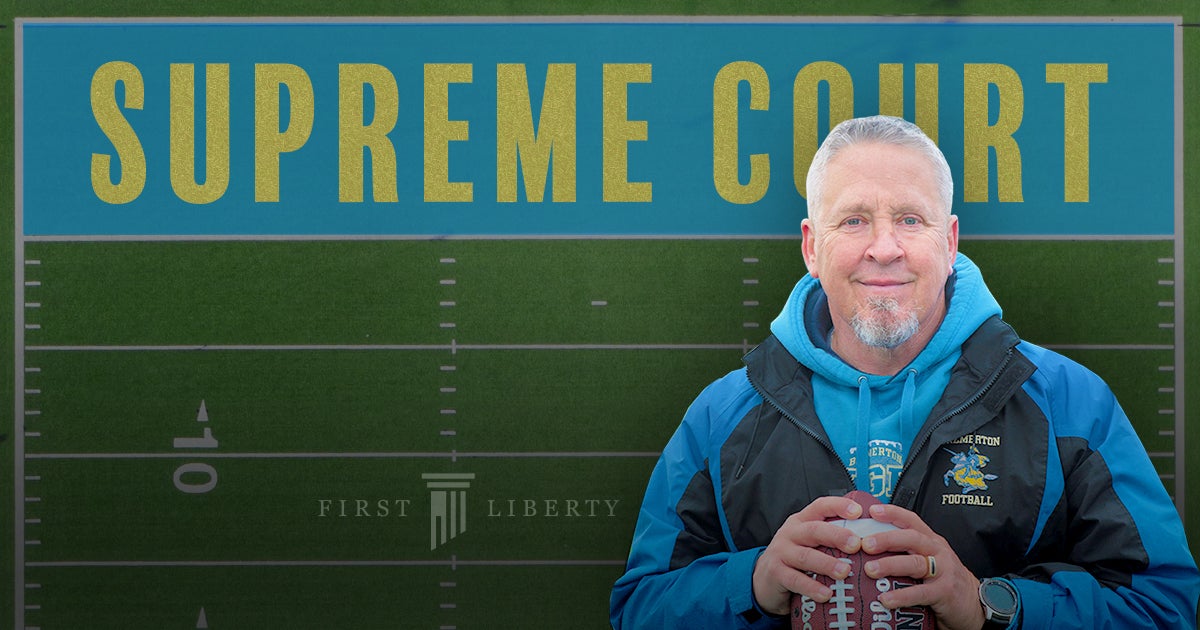 Joe Kennedy, a former high school football coach, is asking the Supreme Court to reverse a lower court decision that allowed a school district in Washington state to fire him because fans and students could see him take a knee in silent prayer after the game.

If you’ve closely followed the case, you know the fight to win back Coach Kennedy’s freedoms has been long and arduous. But just as in football, legal victories of great significance are rarely won in a single play. It takes patience, hard work and a great game plan.

As First Liberty prepares for oral argument, let’s recap our game plan up to this point, including the many reasons we’re hopeful for a win in Coach Kennedy’s case.

Recall that in 2019, the Supreme Court declined to hear Coach Kennedy’s case. But four Justices—Alito, joined by Thomas, Gorsuch, and Kavanaugh—attached a statement, something the Court rarely does. They wrote:

What was so “troubling” about the Ninth Circuit’s understanding? It essentially argued that any time a public school teacher is on duty and can be seen, everything they do, including a brief, quiet, personal prayer, is government speech.

After returning to the District Court to clarify some questions in the record, we returned to Ninth Circuit. As expected, it ruled against Coach Kennedy. But the reasoning of the court gave us an even stronger position when our legal team prepared its second request to the Supreme Court.

The Ninth Circuit judge who wrote that most recent opinion rebuked Coach Kennedy for the way he prayed on the field, that he was doing it incorrectly according to the judge’s beliefs. We believe the court’s inappropriate, unconstitutional criticism is something the Supreme Court will likely want to address.

Additionally, as part of the Ninth Circuit’s most recent ruling, several judges wrote excellent dissenting opinions. These opinions beautifully lay out the facts of Coach Kennedy’s case and explain why the law is on his side. And when we argue before the Supreme Court, these dissents will be very favorable to have as part of our defense.

An Opportunity for the Supreme Court to Review Harmful Precedent

Winning Coach Kennedy’s case wouldn’t just help deliver a victory for one coach in Washington. The case also presents an opportunity for the Supreme Court to review—and possibly rectify—precedent that has harmed religious liberty for decades.

Public employers, especially school districts, often misunderstand their obligations under the First Amendment’s religion clauses. But now, we’ll be asking the Court to clarify the relationship between the Free Exercise Clause and the Establishment Clause. This case could have major implication for public employees nationwide, helping ensure that they would no longer have to choose between their jobs and their religious beliefs.

We are grateful to you for your faithful support. We could not have brought Coach Kennedy’s case this far without your help.

But with so much at stake, we still need your ongoing support. Coach Kennedy’s oral argument date is fast approaching. Will you support us with your donation today and help ensure our legal team is razor-sharp when we argue before the Supreme Court? 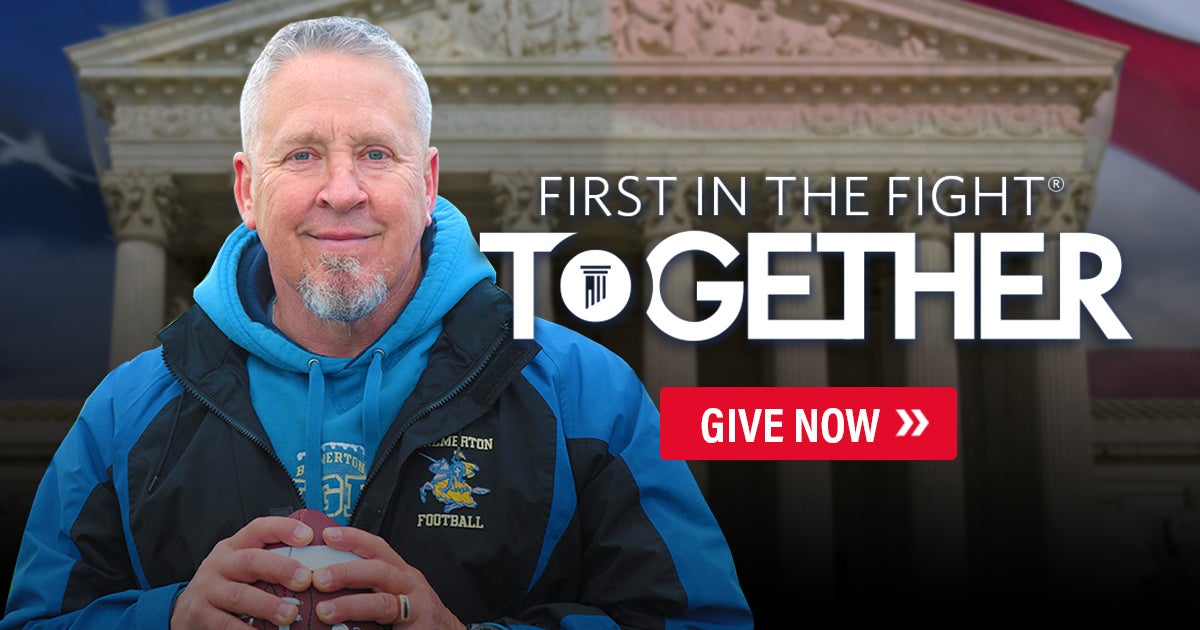