The Dangers of Socialism to Religious Liberty in the U.S. 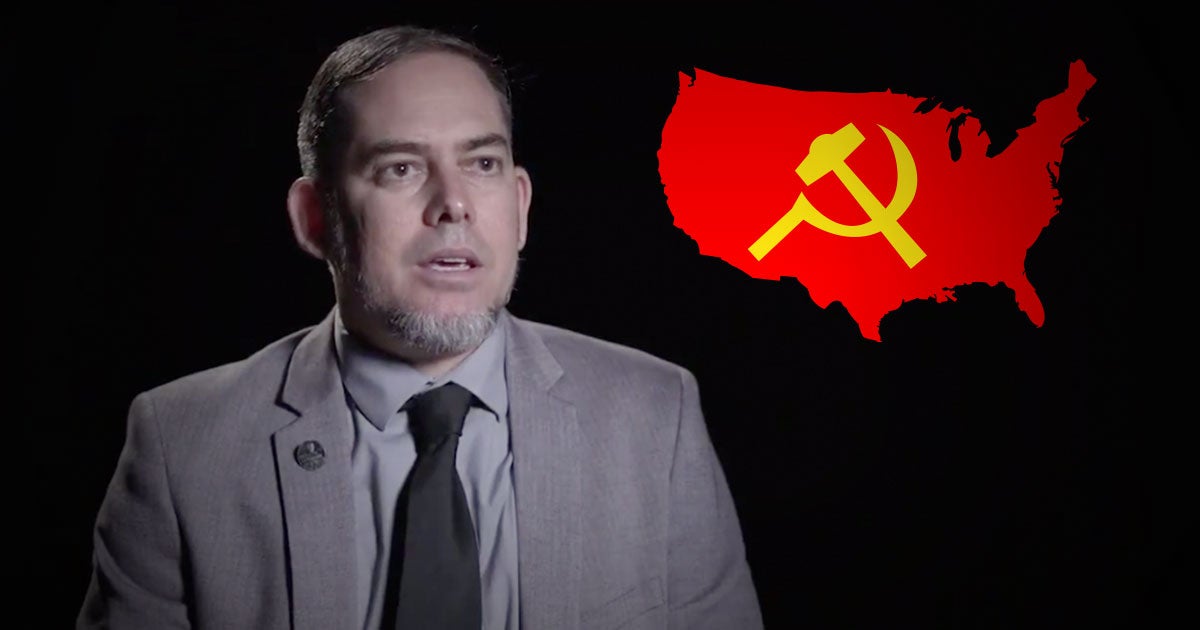 My name is Mario Felix Lleonart Barroso, I am originally from Cuba and I’d like to briefly share my testimony. I was a pastor in Cuba for more than a decade before emigrating to the United States and pastoring my church, which I presently lead near Washington, DC.

At the Ministerial to Advance Religious Liberty, an international conference held in July 2019, the U.S. Department of State published this video with my testimony as a survivor of religious persecution:

In addition to telling my story, I’d also like to share why I continue to actively defend and advocate for the first and most important of our liberties: the freedom to exercise, express and live according to our faith.

Under Socialism, Religious Freedom is the First to Be Attacked

One of America’s most profound blessings is its deep respect for religious freedom, a priority since its very founding and a profound legacy left by its Founding Fathers. As history shows, a majority of them were believers who emigrated to North America and founded the 13 colonies in search of the liberty to exercise their religious beliefs—which was prohibited in their European countries of origin.

The prosperity and the vast protection of fundamental rights that Americans enjoy today exist largely because there’s been a sacred respect for religious liberties, in an almost direct, cause-and-effect relationship.

In fact, in any society, there’s a close relationship between respecting religious liberty and the prosperity of other political, civic and economic freedoms. That’s why in societies where socialist, communist or totalitarian ideologies have predominated, we see the contrary take place.

Attacks on religious freedom are among the primary and most recurrent violations we see in those societies. When a nation with a democratic heritage is interrupted by a totalitarian regime that breaks the constitutional order and destroys foundational institutions, its first targets are precisely religious institutions, as well as individuals with religious beliefs.

Destroying the foundations of any society and guaranteeing the oppression of a population who’s been stripped of its rights requires these regimes to also destroy the certainty of imago dei, the idea that we have equal dignity because we are created by God, that our rights come from Him and not from government.

Donate today to help First Liberty defend your first and most important freedom.

The Oppression That I Saw and Lived First-Hand

I write this based on first-hand experience, as I have not only seen examples, but my family and I have lived and were subject to oppression due to a political ideology and a regime that does not respect religious liberty.

From 2000 to 2016, I served in Cuba as a Baptist leader, and throughout those years my family felt the weight of religious freedom violations fall upon us, something that we’d experienced since childhood simply because we were Christians.

In 2013, we founded the Patmos Institute to monitor religious liberty in Cuba. Since then, we’ve sought to publish an annual report that depicts and documents the deplorable state of these liberties on the island. Our 2019 report in particular demonstrates how things continue to worsen, rather than get better.

Pastors continue to be jailed and some are sentenced to excessive and unjust imprisonment, such as the Ramon Rigal and Adya Exposito. They are a pastoral couple who’s been jailed in Guantanamo for speaking out against the regime’s educational system, the very same system that presidential candidate Bernie Sanders praised in a recent interview with CNN.

Another stark example is the unjust imprisonment and violent beating of Roberto de Jesus Quinones Haces, a Catholic lay minister from Diocese of Guantanamo-Baracoa who actively ministered to a local penitentiary.

Cuba’s incarcerated population is one of the highest in the world according to recent reports from various human rights organizations, and nearly 120 of them have been classified as prisoners of conscience. Our 2019 Patmos Institute reports includes an annex with the name of 228 Cuban citizens who were prohibited from traveling freely outside of the island, some of them Protestant religious leaders who shepherd thousands of believers.

We know this oppressive system very well, as we ourselves suffered while living in Cuba until our exit as refugees. We were the targets of vigilance, constant monitoring and roadblocks to our religious activities and ministerial duties were our “daily bread.”

I myself was detained arbitrarily on numerous occasions. When President Barack Obama visited Cuba from March 20-22, 2016, I was violently arrested and imprisoned for three days, as were many other human rights activists. This would happen every time an important figure would visit the island.

Video of Pastor Mario’s arrest days before President Obama’s visit to Cuba.
Warning: Content is graphic and may be unsuitable for young children.

A Warning to a Blessed Nation

To the rest of the world, it’s no secret that the United States has been a very blessed nation. Its democratic and economic stability are an example globally, which many admire and respect. Yet, it’s also important to recognize and be aware that countless others are envious and outright hate what this country stands for.

However, the enemies of religious liberty in America aren’t just powerful, external enemies. The most worrisome are those who are within the nation doing everything in their power and using the system to push an agenda that undermines the basic foundations of the country.

This is evident by the fact that one of the strongest electoral candidates for president is Senator Bernie Sanders, who has long sympathized, visited and praised failed socialist systems, such as the Eastern European countries under the Soviet Union or their extensions in the Western Hemisphere, such as Cuba or Nicaragua. Again, just a month ago, let’s recall that Sanders exalted the Cuban system in an interview with CNN.

It’s was no surprise that in 2017 he showed aggressive opposition at a Senate hearing against Russell T. Vought, a professing Christian who was nominated to be Deputy Director of the Office of Management and Budget.

This hits very close to home for me, especially because my family and I arrived as refugees from Cuba in 2016 as survivors of recurrent and increased violations against our religious liberty and our human rights in general. We endured first-hand the violations of religious freedom by a system that Sanders now praises.

But on the other hand, we love the United States. We’re thankful for being taken in as modern pilgrims and for having a place in this great nation with the opportunity to live in freedom and exercise our rights. And also, we’re grateful for the values like religious liberty, which have been long kept in this nation.

The realities that we lived in Cuba are not the ones that we want for the country that is now our home. That’s why we feel it’s our duty to alert our American friends that they not make the same mistakes as other nations, like our country of origin. We hope that America won’t have to be in a position of reaping the consequences to disrespecting religious freedom and the values that have been sacredly protected for so many decades.

God bless America, and may we continue standing strong for the blessing of religious liberty!

* This article was translated and its original Spanish version can be downloaded here.