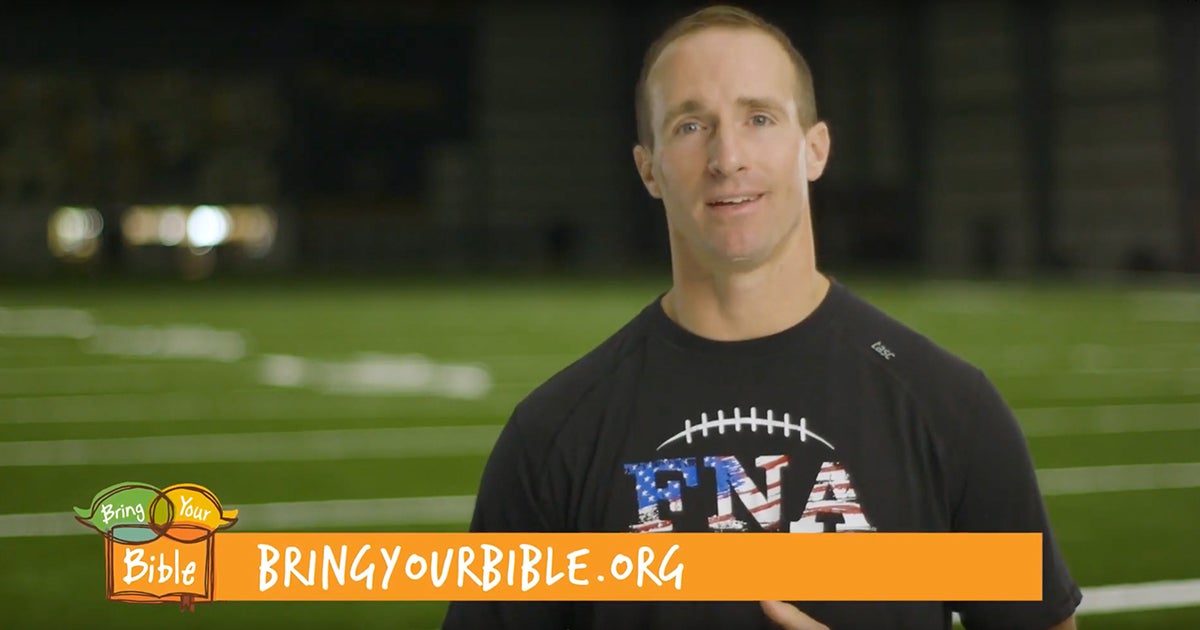 If anyone knows a thing or two about bullying, one can assume it would be a guy whose birthmark graces a substantial portion of his face. It made Drew Brees a natural fit for a 2010 PSA supporting the influential “It Gets Better Project.” His announcement ended with the quarterback saying directly to camera,

“Appreciate people for how they are different from you: That’s what it takes to be a friend.”

Based on that definition of friendship, Brees lost a bunch of friends last week.

By now you probably know the story. Due to Brees filming another PSA, this time for a project by Focus on the Family called “Bring Your Bible to School Day,” the woke cancel culture whipped itself into the usual frenzy. Their target? The Christian guy with the trademark birthmark that once declared,

“Bullying has to stop, and it has to start with you.”

Brees attempted to insert a little distance between himself and Focus on the Family — the now much-maligned international organization that has helped millions of families around the globe navigate the myriad pitfalls of togetherness (including bullying, as the case may be). The story seems to be passing now, especially after Brees led the Saints to a fourth quarter comeback victory on Monday Night Football. Winning has a way of changing things. Yet we all know it won’t be the last time the outrage machine targets a person of faith.

The whole situation made me think of a few of my past clients — and to wonder who my future ones might be.

Take Dr. Eric Walsh, for instance. With a bachelor’s degree, an M.D., and a doctorate in public health, it should be obvious the man is brilliant. His single mother made sure of that. Eric rose to prominence, both in public life and in his church. He became the head of Pasadena’s Public Health Department. Among his proudest achievements, there was his founding of the first municipally funded dental clinic for patients with HIV/AIDs in California. That earned him an appointment by President Barack Obama to the President’s Commission on HIV/AIDs. Some even had him on the short list to be U.S. surgeon general.

Meanwhile, Eric was active in his church. He was a “lay minister,” preaching on everything from Genesis to Revelation at his church, local churches, and at large conferences across the country. But local activists ran him off the stage as the commencement speaker for Pasadena Community College due to his commitment to his faith’s teachings.

The activists’ slander followed him to Georgia, where he had been recently hired as district health director for the state’s commission on public health. When his new employer discovered he was a pastor, they asked for his sermons. The day after reviewing those sermons, they fired him.

We eventually won that case on Eric’s behalf, settling with the state of Georgia for a substantial amount. Still, the lawsuit would never have been needed if Georgia simply had what it takes to be a friend: An appreciation for what makes someone different from you.

Thank to you, First Liberty continues to achieve legal victories for people of faith, like Dr. Eric Walsh, as well as for independent business owners. Will you consider making a financial gift today so we can keep fighting for your right to live out your faith in the workplace?

Giovanni Rubeo is the other client who comes to mind. As a fifth-grader — just 12 years old — he was given a Bible by his church, which he then took to school and opened during free reading time. His teacher told him to put it away, going so far as to call his father to tell him he was not permitted to read “that book, a religious book,” in her classroom. We managed to restore Giovanni’s right — a right common to all students — to read his Bible at school during free reading time.

Thankfully, Drew Brees did not lose his job like Eric Walsh did. But it should not take a Super Bowl victory to feel secure enough to reference your faith in public. How long before we must again represent another person fired for his or her faith, like Eric Walsh?

And what about Giovanni? He represents the kids who might just take Brees up on his encouragement to bring their Bible to school on October 3rd. And, while the law is crystal clear that students have every right to carry, read, and reference their Bible at school, we all brace for the next student who runs up against the teacher who doesn’t think the student should have the freedom to do so.

Appreciate Drew Brees — and every person of faith — for what makes him different from you, even if that is his religion. Not only is that what it takes to be a friend, it is what our commitment to religious liberty and the guarantee to exercise that religion in public demands.

You have a right to live and work in accordance with your faith. Make us your “First Call” and contact us for legal help if you’ve been fired, or threatened with termination, because of your religious beliefs.

* This article was originally published on the Daily Wire on September 11, 2019.