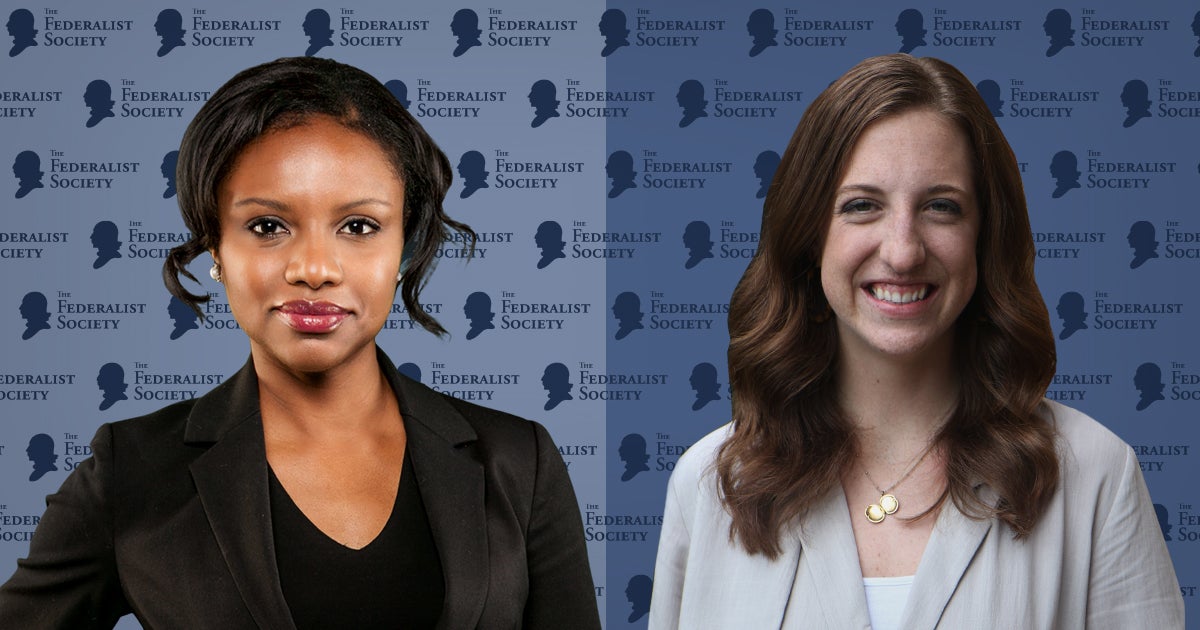 Congratulations to FLI Counsel Keisha Russell and Holly Randall, a third-year law student at the Oklahoma City University School of Law and one of First Liberty’s legal interns this summer, for recently writing the number-one ranked article for the Federalist Society’s online publication in June.

The article is available below:

A Fulfillment of Judicial Prophecy: The Clash Between Religious Liberty and Nondiscrimination Law Reaches the Supreme Court

Catholic Social Services (CSS) of Philadelphia has offered services to needy children and families since 1797. The services offered are among those essential to life in a bustling city, including connecting children to loving foster homes. However, CSS has recently found itself in a battle against the city of Philadelphia to save its foster care agency—a battle several justices saw coming.

The clash between free exercise of religion and nondiscrimination can be traced to the 1990 decision in Employment Division v. Smith, which held that neutral laws of general applicability do not necessarily infringe on the free exercise rights of individuals. Some see the new case, Fulton v. Philadelphia, as an opportunity for the Supreme Court to overturn the often-criticized Smith decision.

CSS’s agency contracts with Philadelphia to certify families that wish to care for foster children; important work in a city with more than 6,000 children in need of safe, compassionate homes. As a Catholic ministry, CSS does not issue certifications that are inconsistent with its religious beliefs regarding marriage, but instead refers applicants to other competent agencies. Philadelphia contracts with a diverse group of agencies, including many who issue certifications for unmarried cohabiting couples or same-sex couples. In its many years of operation, CSS has never been approached by a couple that needed a referral due to their marital status.

After a 2018 news story about CSS’s policy on same-sex adoption, the city council initiated a discrimination investigation, prompting a request of CSS: alter your policy or your contracts to provide foster care services to children and families will not be renewed.

This conflict does not come as a surprise. In 2015, the dissenters in Obergefell v. Hodges predicted that challenges to religious liberty would arise as a result of the majority’s ruling that the Fourteenth Amendment protects same-sex marriage in the same way that it protects traditional marriage. Chief Justice John Roberts wrote in a dissent joined by Justices Scalia and Thomas: “Hard questions arise when people of faith exercise religion in ways that may be seen to conflict with the new right to same-sex marriage—when, for example…a religious adoption agency declines to place children with same-sex married couples.”

That dissent foretold the case that will be before the Court this fall in Fulton. There, CSS will argue that the Constitution does not tolerate such hostility towards religion. Last term, the Court recognized in American Legion v. American Humanist Association that government violates the First Amendment’s demand for neutrality by removing a long-standing monument, symbol, or practice purely because of its religious identity. CSS believes that the same theory of hostility applies to its foster care agency—government cannot target centuries-old religious institutions for their sincerely-held beliefs. By emphasizing the sudden urgency of Philadelphia’s actions, CSS seeks to prove Philadelphia’s animus toward the agency’s sincerely held religious beliefs.

To the satisfaction of lower courts, Philadelphia argues that its actions are not hostile toward religion, but rather enforcement of its neutral, generally applicable, and longstanding nondiscrimination policy to the tune of Smith. The city also emphasizes that it made similar requests of Bethany Christian Services, another religiously-affiliated foster care agency, who changed its practices to comply with the local anti-discrimination policy. This argument relies on the Third Circuit’s narrow interpretation of Church of the Lukumi Babalu Aye, Inc. v. City of Hialeah, which requires CSS to prove that is was treated more harshly than someone engaging in the same conduct with different religious views.

However, six other federal appellate courts do not require such a high burden of proof to demonstrate religious hostility under Lukumi. CSS’s briefing emphasizes this circuit split and argues that Philadelphia’s hostility is thinly camouflaged; the agency believes that Philadelphia coerced another agency into abandoning its religious beliefs to keep its contracts, just as it attempted to do with CSS.

Certainly, the warnings of the dissenters in the Obergefell decision have come to fruition. First Liberty Institute filed an amicus brief supporting CSS in the fight to save its foster care agency, arguing that freedom loses when the government decides whose faith is or is not acceptable and that government officials should not be allowed to force faith-based organizations into adopting a social orthodoxy that violates their sincerely held beliefs. Whether or not the justices in this case reverse the Smith decision remains to be seen.

* This article was originally published on the Federalist Society blog on June 11, 2020.