Ronald Reagan, whose birthday we celebrate next week, sprang from a foundation that saw religious freedom as crucial to America’s success. 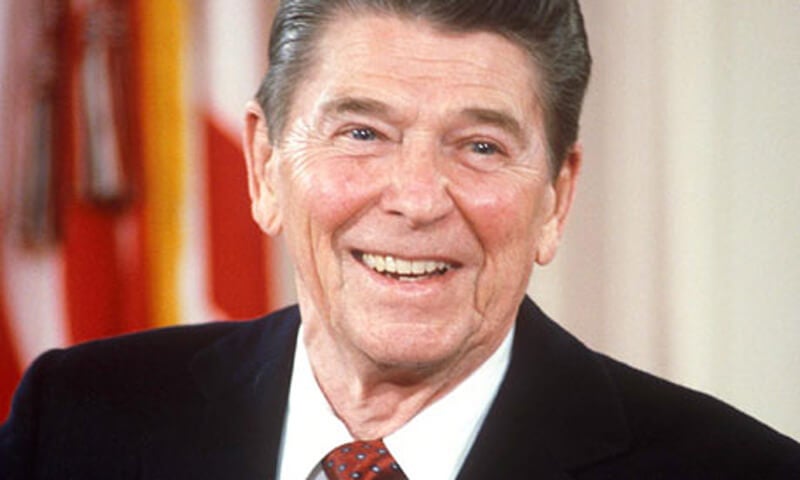 “We’re living in a dramatic age. Throughout the world the machinery of the state is being used as never before against religious freedom … I believe that the most essential element of our defense of freedom is our insistence on speaking out for the cause of religious liberty. I would like to see this country rededicate itself wholeheartedly to this cause.”

In the dawn of a new presidency, U.S. President Ronald Reagan’s declarative call for a rededication to religious freedom chimes through history’s halls as a beacon, beckoning America home.

When President Reagan issued his charge at a Conference on Religious Liberty in 1985, my 3-year-old mind was oblivious of to the foundational, essential and relentless necessity for religious freedom. But in the passing of time and growing maturity, I also resound the imperative of religious liberty. And studying the life of Ronald Reagan, whose birth we celebrate next Monday, February 6, is one of the reasons.

I found I agreed with Ronald Reagan’s assessment that faith—and the freedom to live it out—is foundational to the American experience, essential to our national success, and must be relentlessly pursued and protected.

FOUNDATIONAL TO INDIVIDUALS AND SOCIETY 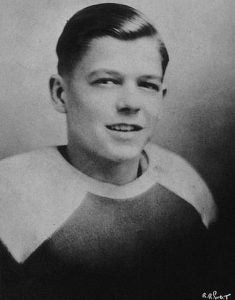 Ronald Wilson Reagan, born to Jack and Nelle Reagan, grew up in a Roman Catholic-Evangelical home (Jack was Catholic, Nelle was an evangelical).

It is no secret that Jack Reagan struggled with alcohol. Yet Ronald Reagan remembered how his father was “fiercely opposed to racial and religious intolerance” and was not shy about socio-political activism.

Undoubtedly, his upbringing and his grasp of the Constitution fueled Ronald Reagan’s commitment to fighting for religious freedom as a political leader, including as president. He once remarked:

“… all people, no matter where they live, have the right to freedom of religion. This is not a right that is any government’s to give or to take away. It’s our right from birth, because we’re all children of God.”

Not only is religious freedom absolutely constitutional, he maintained, it is an undeniable, irrevocable birthright.

ESSENTIAL TO OUR COUNTRY 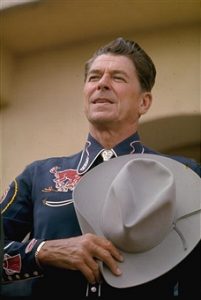 Religious freedom has been proven to be a benefit to our nation. Reagan’s father Jack refused to allow his children to see the film Birth of a Nation because he felt it glorified the Ku Klux Klan and promoted racism—something anathema to Jack Reagan’s spiritual beliefs.

In a similar way, my father took me to see the 1989 film Glory to show me the glory of God in the lives of men who died for my unalienable birthright to equality as well as religious liberty.

My favorite scene from Glory is the prayer around the bonfire the evening before their battle in Battery Wagner:

As I learned about Ronald Reagan, I was fascinated to learn that he recognized the abolitionist and civil rights movements as struggles that, at their core, were founded in religious freedom.

This freedom—religious freedom—has and always will be the bedrock to all freedom in our nation. Our rights are (in the words of the Declaration of Independence) “unalienable” because they are endowed by a Creator. A nation where such a principle is freely allowed to thrive is one in which human government is accountable to something higher.

Without it, we would fall like lightning into ruinous secular decline. But with it we rise and discover the best of ourselves, the dignity of others, and the necessity of protecting all constitutional liberties. 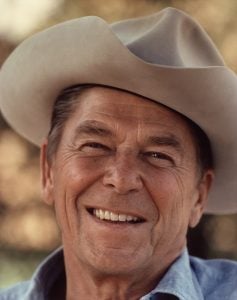 Reagan’s presidency (1981-1989) was founded on the values of family, work, neighborhood, peace and, at the anchor, freedom—including religious freedom. Freedom holds it all together. Freedom makes the other values possible.

Before, during and after his political career, Reagan did not cease to shine a light on our nation’s responsiveness to religious freedom and the continued fight to keep it.

His sentiments, some 50 years old, still ring in relevance and urgency in today’s legal climate.

The fight continues, and First Liberty and its supporters are leading the charge. They stand up for Mary Ann Sause who was told by police officers to stop praying in her own home. They stand up for Dr. Eric Walsh who was fired from his job for expressing his religious beliefs in church. They stand with Coach Joe Kennedy who was fired by his school district for praying after football games. And they stand with other men, women and children who choose to stand up and speak out for their rights to religious freedom.

On the 115th anniversary of his birth, Reagan would be proud of such work. I believe he would be praying unceasingly for our nation’s wholehearted return to its foundational, essential and relentless roots in religious freedom. I know I am.

LaToya Rosario is a journalist whose passions include history, religious freedom, and the life of Ronald Reagan.