Court rules against Aaron and Melissa Klein, the Oregon bakers who lost their family business for not making same-sex wedding cake. 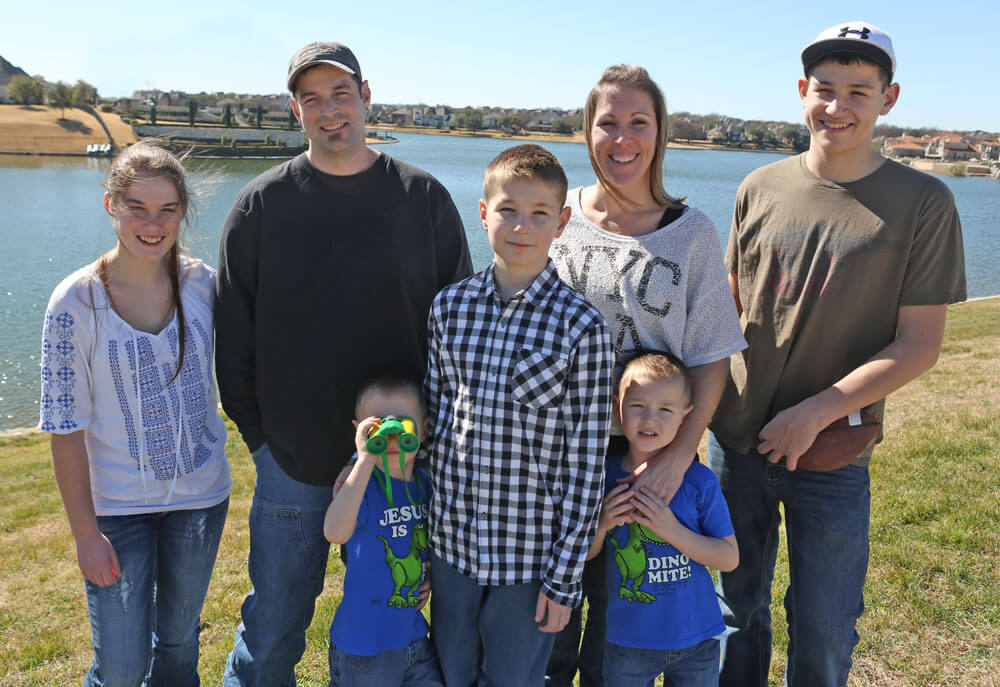 Yet again, has government overreach completely spoiled the joy and expectation of good things to come in the New Year? First Liberty clients Aaron and Melissa Klein are left wondering whether 2018 will be the year when justice is finally served.

Last week, the Oregon Court of Appeals issued a shocking decision, affirming that the Kleins would have to pay a $135,000 penalty ordered by the Oregon Bureau of Labor and Industries (BOLI). BOLI penalized the Kleins for declining to bake a custom cake for a same-sex wedding. With the exception of the gag order, the court’s ruling against the Kleins essentially denies their constitutional rights to religious liberty and free speech.

“This is harmful not only to the Kleins but to all Americans, because it means the government can force us to say things that go against our religious beliefs — and that’s just wrong,” said Mike Berry, First Liberty Deputy General Counsel.

The Kleins formerly owned a family bakery, Sweet Cakes by Melissa. In 2013, the Kleins politely declined to make a custom cake for a same-sex wedding, based on their Christian beliefs. Soon after, BOLI, a state administrative agency, came after the Kleins and ordered them to pay the outrageous penalty.

The penalty crippled the Kleins financially and forced them to close their bakery. Streams of hate mail, harassment, and threats have salted the Kleins’ wounds and augmented their plight. A strenuous, five-year legal battle followed, all because the Kleins chose to practice their religious beliefs in their own place of business.

Who decides what is “artistic expression”? The answer may impact whether or not the government has greater control over speech and if it can stipulate when, how, and what citizens say.

In its decision, the Oregon Court of Appeals states:

“The Kleins have not demonstrated that their cakes are inherently ‘art,’…In short, we disagree that the Kleins’ wedding cakes are invariably in the nature of fully protected speech or artistic expression.”

For many Americans like the Kleins, their art is their work. Artisans countrywide – bakers, florists, singers, painters, sculptors, etc. – spend years devoting themselves to their craft and honing their skills. They do this because their art is their livelihood.

But now – based on the Oregon Court of Appeals’ ruling – the government could decide what is and is not artistic expression. American businesses and creative professionals could be told by the government what they can and cannot say in order to make a living.

A GRAVE MENACE TO RELIGIOUS LIBERTY

Granting the government the power to compel religious artists to express a message with which they disagree would erode the free speech and religious liberty of bakers and millions of other artisans whose products and services enter the free marketplace.

“Freedom of expression for ourselves should require freedom of expression for others. The Oregon Court of Appeals decided that Aaron and Melissa Klein are not entitled to the Constitution’s promises of religious liberty and free speech,” Kelly Shackelford, President and CEO of First Liberty Institute, said. “In a diverse and pluralistic society, people of good will should be able to peacefully coexist with different beliefs. We are disappointed that the court ruled against the Kleins.”

By deciding that the Kleins are not entitled to the Constitution’s promises of religious liberty and free speech, the Oregon Court of Appeals has virtually endorsed the idea that specific groups of citizens can use the government to command the speech and behavior of others. That is a grave menace to the First Amendment – and to the religious liberty of all Americans.

THE FIRST AMENDMENT: NOW AND IN THE FUTURE

Historically, the First Amendment has been used as the primary line of defense to counter the intrusive tendencies of government. Now, it is being put to the test.

The Kleins’ case highlights the intensifying struggle to preserve the rights of religious liberty and free speech. The outcome of their case will have resounding consequences for Americans today as well as their children and grandchildren. It will determine whether the First Amendment will continue to be a protective shield for Americans, or become nothing but a hollow statement printed on old parchment.

Presently, First Liberty attorneys are reviewing the decision and discussing all the legal options remaining for the Kleins, including appealing next to the Oregon Supreme Court.