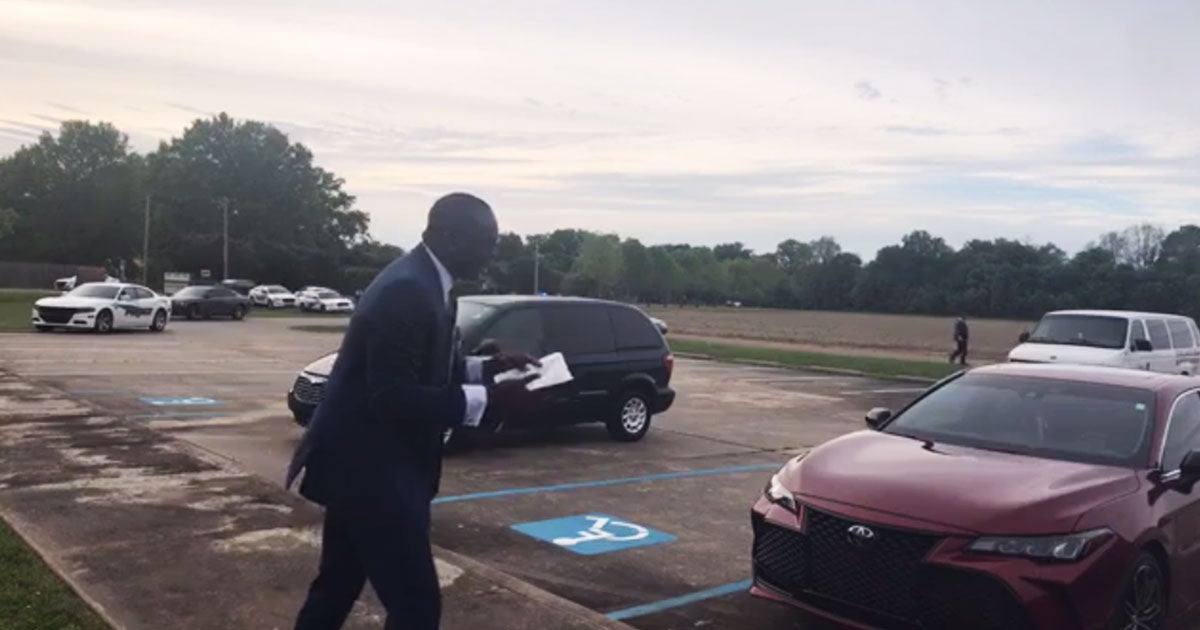 This year’s Easter weekend will surely go down as one of the most historic with regard to the current and future “health and safety” of religious liberty in America.

Last week, one day before Easter Sunday, our legal team scored a very important and powerful victory for On Fire Christian Church in Louisville, KY, one that will help protect religious liberty for ALL houses of worship during this pandemic.

Thanks to the untiring efforts of our attorneys, the U.S. District Court in Louisville, KY, granted a temporary restraining order preventing Louisville Mayor Greg Fischer from blocking On Fire Church from holding its drive-in services on Easter Sunday.

And just this week, First Liberty also won a victory for King James Bible Baptist Church (KJBBC) in Greenville, MS, another house of worship that was prevented by its local city mayor from hosting drive-in services consistent with CDC guidelines.

Setting a Precedent for Houses of Worship Nationwide

Like hundreds of congregations and churches across the country, On Fire Christian Church found an innovative and creative way to keep its members and its community spiritually engaged. They opted to host drive-in church services in the parking lot for several weeks consistent with CDC guidelines.

And because members would be unable to gather as usual for the biggest service of the year, the church planned to host a drive-in church service for Easter Sunday. The church took action to comply with health and safety regulations, ensuring that cars would be parked six feet apart and all congregants would remain in their vehicles with windows no more than half open for the entirety of the service. Additionally, multiple security personnel were present to ensure proper spacing between cars and orderly compliance with all guidelines.

To think that local police officers would potentially stand in church parking lots to record license plate numbers of all Easter weekend churchgoers—even though they were strictly adhering to CDC guidelines—is absurd!

Thankfully, the US District Court Judge wrote an opinion that clearly reaffirmed the First Amendment rights of the church:

“On Holy Thursday, an American mayor criminalized the communal celebration of Easter. That sentence is one that this Court never expected to see outside the pages of a dystopian novel, or perhaps the pages of The Onion. But two days ago, citing the need for social distancing during the current pandemic, Louisville’s Mayor Greg Fischer ordered Christians not to attend Sunday services, even if they remained in their cars to worship—and even though it’s Easter. The Mayor’s decision is stunning. And it is, ‘beyond all reason,’ unconstitutional.”

With all the attacks against churches going on right now during the “new normal,” this was the first legal decision to put a stop to this type of shocking—and ongoing—overreach by government officials. And more importantly, this decision set a crucial precedent that state officials must respect the religious rights of houses of worship even in the midst of a national crisis.

It’s especially shocking that officials in Mississippi went so far as to issue a $500 ticket to everyone who attended a drive-in service. This caused local church leaders and people of faith to fear they’d be fined and criminally prosecuted for attending a religious gathering that falls within CDC guidelines.

Like On Fire Church in Kentucky, KJBBC creatively chose to utilize a “drive-in” method of holding church services while still making sure he would strictly follow all CDC guidelines.

Members of KJBBC drive in their cars and park in their parking lot. Pastor Hamilton stands at a distance greater than 6 feet from his parishioners as they remain their cars with the windows up. No one leaves their cars at any time during the service. Rather, they listen to Pastor Hamilton as he, utilizing a bullhorn, preaches to them in the open air.

Nonetheless, during an evening service held in the KJBBC parking lot, Pastor Hamilton and a few of his church members (many of them elderly citizens) found themselves surrounded by police cruisers, and were threatened with criminal citations for attending church in their cars.

One police officer even told Pastor Hamilton that his constitutional rights were “suspended!”

In the videos below, you can watch FLI President, CEO and Chief Counsel Kelly Shackelford and Jeremy Dys, FLI Special Counsel, join Pastor Hamilton in two recent news interviews to discuss why the attacks against drive-in religious services are a blatant violation of the Constitution:

Thankfully, just a few days ago, Mississippi Governor Reeves and Mayor Simmons recognized the importance of protecting religious liberty and clarified that drive-in church services are allowed during this difficult time.

Even though the nation is in the midst of a pandemic, it is essential that we protect religious liberty. And while it’s necessary to comply with temporary state-mandated restrictions for the sake of demonstrating love for our fellow man, we will not—and should not—tolerate churchgoers being ticketed by the police for following CDC guidelines at church.

As evident from the incredible legal victories in Kentucky and Mississippi, First Liberty’s efforts are already making a lasting impact.

What’s more, thanks to your steadfast support, our legal team has identified numerous instances where government ordinances are violating the constitutional rights of people of faith, and gotten these orders rescinded—sometimes in a matter of hours. And we’re receiving more requests for legal assistance from across the nation every day.

Will you continue to go All In with us to make sure every single instance of discrimination is addressed, and every single person of faith has their rights protected?

Please consider making a financial gift today so that together we can keep defending and reclaiming the rights to religious freedom in this historic time.