Survey: What do Americans Think of the U.S. Supreme Court? 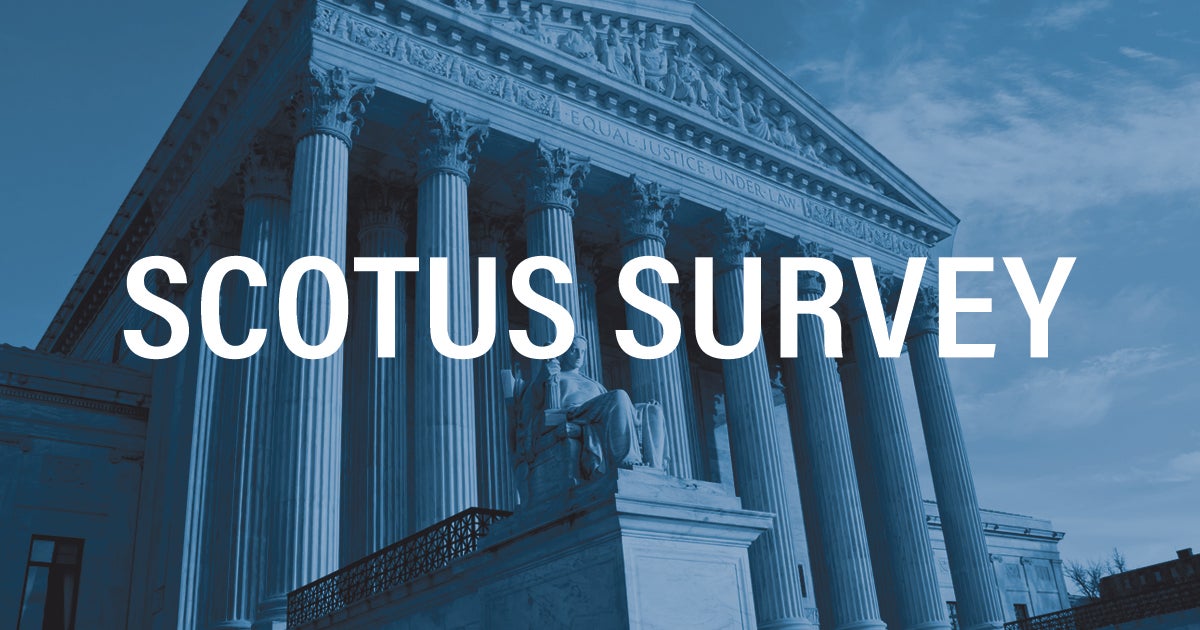 Over the years, First Liberty has had incredible success when litigating cases before the Supreme Court of the United States (SCOTUS), including last June’s historic Bladensburg decision.

And thanks to your ongoing support, our legal team continues to lead the fight in protecting and defending religious liberties for all Americans. Because of you, we’re safeguarding those hard-fought victories, as well as reclaiming even more religious freedom, for generations to come.

But now in 2020, opponents and activists are doubling-down in their effort to launch an All Out war on faith and religious liberty. That’s why First Liberty is going All In to ensure that we will continue to win more precedent-setting cases at the Supreme Court.

Considering that this year the Supreme Court will hear a number of critical cases that will directly affect your constitutional freedoms, it’s worth asking: What do Americans think of the highest court in our country?

In this special edition, our team takes a deeper look at a recent Pew Research Center survey that helps answer that question.

As a loyal First Liberty supporter, YOU get to be a part of historic moments in our country.

Donate to help us achieve more landmark victories at the U.S. Supreme Court.

Throughout the past several years, the Supreme Court has handed down several key rulings that have helped restore and reclaim religious liberty for people of all faiths.

And this year, the Court is once again presented with several cases that could help deliver major victories for the First Amendment rights of millions of Americans.

Here’s a quick preview of a number of religious liberty cases currently pending at SCOTUS:

Survey: What Do You Think of the U.S. Supreme Court?

With the stakes for religious liberty at an all-time high, will you take 10 seconds to fill out this survey? Please let us know your opinion of the Supreme Court.