Defending military religious freedom is now more important than ever. 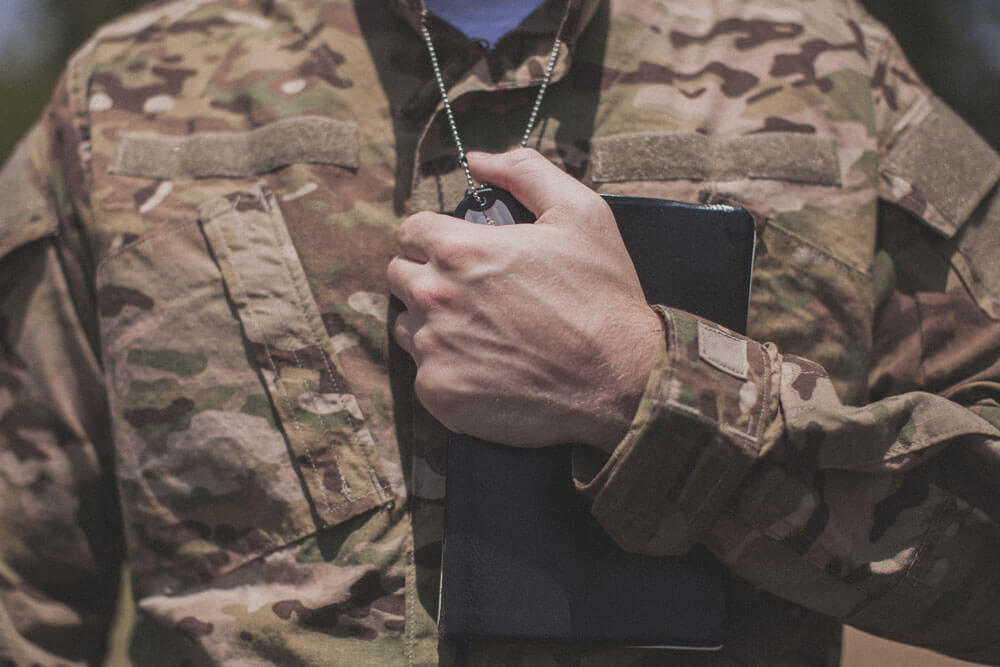 Wednesday, when First Liberty stood before the media and announced their defense of Col. Michael A. Madrid, it was the latest step in a turnaround that began in 2012.

Four years ago, many Americans observed the state of religious freedom in the military and considered it all but gone. And for good reason.

With the Obama administration flooding the armed forces with political correctness, many service members felt compelled to hide their faith. Others who did express their beliefs were punished or falsely accused of bigotry. At the same time the Military Religious Freedom Foundation, led by anti-religious freedom activist Mikey Weinstein — an organization that advocates anything but true religious freedom — launched repeated attacks against innocent expressions of faith.

Even though things looked bleak, First Liberty’s attorneys understood then what they continue to understand today: it’s unfair, even cruel, to ask men and women who lay their lives on the line for America’s freedom to be denied their most basic right: religious liberty.

So First Liberty fought back, and started winning.

First Liberty defended Pastor Scott Rainey’s right to pray in Jesus’ name during a Memorial Day service at the Houston National Cemetery. The cemetery was also denying family members of fallen veterans from including their own religious elements into funerals. This outrageous discrimination stopped after First Liberty’s action achieved a major victory in a federal court.

First Liberty defended Air Force SMSgt Phillip Monk, who was relieved of his duties by his commander because of his religious beliefs on marriage. Thanks to First Liberty’s action, Monk retired honorably and now receives full benefits. And just as important, the story gained national attention as awareness grew about the problem—and other men and women in uniform saw that they could challenge the secular status quo and emerge unscathed.

Army Lieutenant Colonel Chuck Pudil was threatened with a career-ending reprimand and accused of military crimes for questioning an Army policy that violated his religious beliefs. First Liberty’s response caused LTC Pudil’s commander to overturn his reprimand. And not only that: Pudil was assigned to help other officers understand how to harmonize a diverse military with respect for, and protection of, religious viewpoints.

Army Chaplain Joseph Lawhorn was issued a “Letter of Concern” after giving suicide prevention training to U.S. Army Rangers that included his testimony of how his faith had helped him counter depression. At least one witness told First Liberty that Lawhorn likely saved lives with the transparency of his own testimony. After legal intervention and an outpouring of support from fellow soldiers and members of Congress, the Army avoided any confrontation. Lawhorn has since publically stated, without any pushback, that he intends to include his faith in similar ministry situations.

The U.S. Navy threatened decorated Chaplain Wes Modder in late 2014 with detachment for cause, removal from the promotion list, and a Board of Inquiry. His wrongdoing? Modder answered questions pertaining to marriage and sexuality according to his religious beliefs and denomination’s teachings during private counseling sessions. In September 2015, the Navy completely exonerated Modder, dropping all charges against him and allowing him to continue serving in his full capacity as a chaplain. This was a major, headline-grabbing victory that rippled through the military and the government.

This string of victories showed America that stories of religious freedom’s death in the U.S. military had been, to paraphrase Mark Twain, “greatly exaggerated.”

The addition of JAG officer Mike Berry as Director of Military Affairs bolstered First Liberty’s legal defense of military religious freedom. Beyond fighting cases in court, First Liberty has published religious liberty protection kits for military members, and Berry has testified on the issue before Congress.

Fortunately, the newly established presidential administration has proudly advocated protection for religious freedom and support for the U.S. Military. But the battle is still underway.

Even now, Marine Monifa Sterling’s case is being appealed to the U.S. Supreme Court. If the Court decides to hear Sterling’s case and rule in her favor, it would be a major victory for military religious freedom. If they rule against Sterling, it could be devastating.

Add to the mix Col. Madrid. First Liberty announced their legal defense of this brave Air Force officer just this week. Col. Madrid was falsely accused and punished because of his religious beliefs — proof that the damaging effects of the Obama administration’s political correctness have endured and persist.

This is why defending military religious freedom is now more important than ever. Through years of hostility to religious freedom, First Liberty worked to keep the discrimination at bay. Now is the time to make the most of every opportunity, set precedent, and secure religious freedom for all future service members.