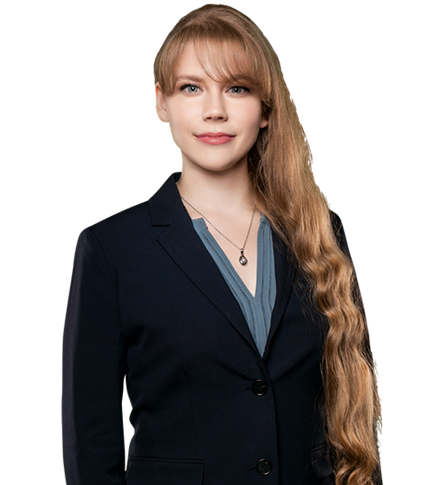 University of Virginia School of Law

Lea Patterson serves as Counsel with First Liberty Institute. Before joining First Liberty, Patterson worked in St. Louis, Missouri as a law clerk to the Honorable Raymond W. Gruender of the United States Court of Appeals for the Eighth Circuit.

Patterson received her law degree from the University of Virginia School of Law in 2016, where she served as an executive editor for the Virginia Law Review and as president of the UVA chapter of Advocates for Life, a national association of law students dedicated to protecting human life. During law school, Patterson interned in the Texas Solicitor General’s Office and Senator Ted Cruz’s Judiciary Committee office.

A native of North Texas, Patterson is a member of the Texas State Bar.

By Lea Patterson, Associate Counsel at First Liberty IN THE home state of Thomas Jefferson and the birthplace of religious liberty, no one would expect to face the possibility of homelessness for freely exercising their religion. Unfortunately, that’s exactly what happened to one Fredericksburg couple who received a notice threatening to evict them from theirRead full article »

By Tim Keller and Lea Patterson, Associate Counsel at First Liberty It is time for Maine to correct a nearly 40-year-old mistake and allow parents to once again use public tuition dollars at any qualified school. As many in Maine are aware, in small towns that cannot support a public high school, local school districtsRead full article »

August 2018 Spotlight: Does Constitution protect Bible distribution near a school?

By First Liberty's Lea Patterson, Associate Counsel, and Chris Freund, Director of Media Relations While Russia and the United States have been dominating the headlines, a recent news story reporting a threat of police action against a citizen because he dared share his faith in public raises the specter of the old Soviet Union. Alas,Read full article »