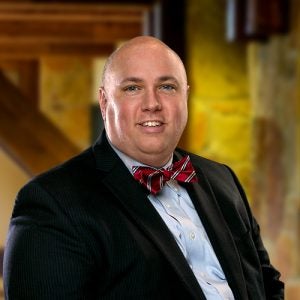 Back to Institute & Legacy Planning

Trey Dimsdale leads First Liberty’s legacy planning and foundation outreach initiatives. Prior to joining the team at FLI he was the director of program outreach at the Acton Institute for the Study of Religion and Liberty where he directed many of the internationally-ranked think tank’s most notable initiatives. Trey has spoken in a variety of settings including the European Parliament, major international conferences, and academic colloquia on issues as diverse as human rights, the social good of religion, and the role of the church in combating poverty. His writing has appeared in the Washington Times, Religion and Liberty Transatlantic, and Public Discourse.

Trey completed his undergraduate education in history and political science at the University of Missouri-Kansas City and in 2006 he completed a law degree there, as well. He also holds a master’s degree in theological ethics and is currently pursuing a PhD from Southwestern Baptist Theological Seminary. He was a 2019 National Review Institute Regional Fellow and is a member of the Philadelphia Society, the Federalist Society, and the State Bar of Texas. He also serves as a research fellow at the Ethics and Religious Liberty Commission of the Southern Baptist Convention and an Associate Fellow at the Centre for Enterprise, Markets, and Ethics in Oxford, United Kingdom.