Last year, Gail Blair was faced with an incredible injustice, she was banned from a park solely because she wanted to share her faith. But First Liberty did not let this injustice stand. We fought for Gail and her right to live out her faith according to her calling – and we WON. After being threatened with arrest, Gail could have sat back and let the park authorities win, but she made us her first call and we protected her right to live out her faith.

This victory is not only significant for Gail but helps ALL Americans who want to share their faith without threat of retaliation. Gail had this to say about her victory, “I am thankful to First Liberty Institute and all my attorneys for fighting on my behalf and look forward to once again spending time in the park and sharing my faith in Jesus with those who are interested in having the conversation.”

Go All In for Gail »

Gail Blair, a blind woman in her 60s, loved to spend time at the park and share her faith with those who would listen. But recently, she was confronted by the police and banned from entering a public park for the alleged “crime” of sharing her faith with other people. In fact, in a brazen display of religious discrimination, park officials banned Gail from entering the local public library as well as the park.

This act of discrimination goes directly against the constitutional freedom of religion that America is based upon. Talking about your faith in a public park should never be a crime–it’s a quintessential forum for free speech. First Liberty will fight for Gail and all who wish to share their faith for as long as it takes in order to preserve this right. 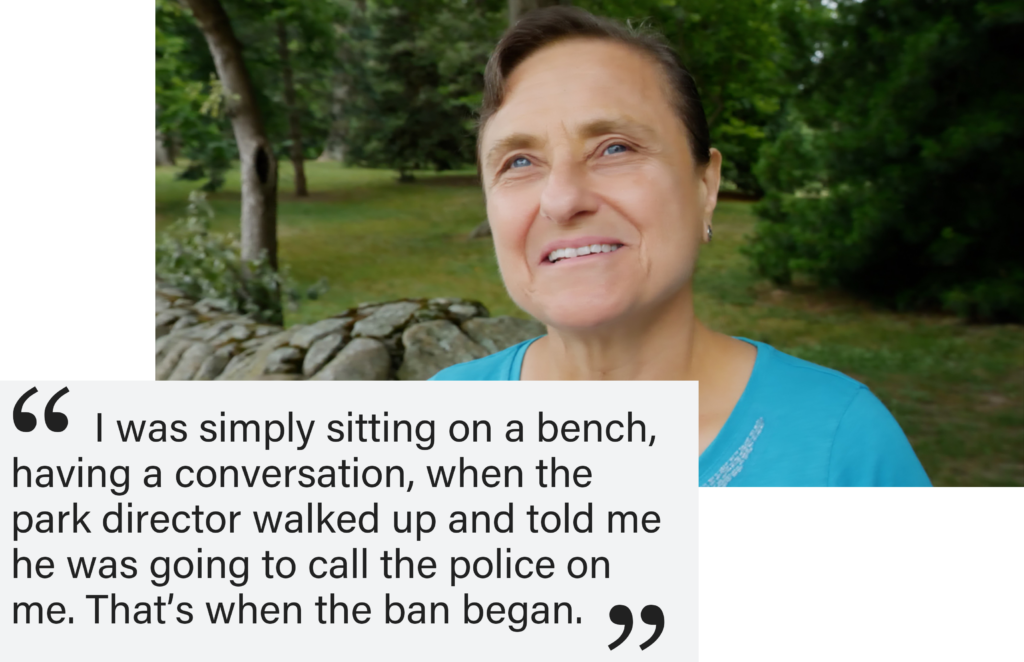 Gail, a resident of Westerly, Rhode Island, committed her life to serving others as a nurse until she was diagnosed with a rare disorder that caused her to lose her sight. But as her world went dark, she was given a new purpose. “Thank God I was walking with Jesus before I went blind. Even though my vision faded, I never lost sight of the truth that we are born again through Jesus Christ, the Son of God,” Gail said. She soon resolved herself to sharing the Gospel with others in Wilcox Park near her home.

Gail would stand or sit in the park and politely ask people if they would like to engage in a conversation about faith with her. She handed out pamphlets containing the Gospel of John while she spoke about her faith – the very book that changed her own life. But park administration officials shut her down, accusing her of littering and “accosting” park patrons.

Instead of being celebrated for finding purpose in meaningful conversations, Gail was issued a formal “Trespass Warning” and threatened with arrest if she enters the park or library within a period of two years. No other person has ever been issued such a warning at Wilcox Park.

Gail used to say that her nursing career was her life, but now, no longer being able to work, she has found her purpose in sharing her faith with others, saying “Discovering the truth in the Word of God was the best day of my life, and all I want to do is simply share that truth with others.” In fact, it’s become even more important to her than her sight. But now, she lives in fear of arrest if she tries to do the exact thing she feels called to do.

The park association targeted her even further by calling the police when they found out she volunteered at a Vacation Bible School held in the park. It seems that the park association was watching this gentle blind woman like a hawk waiting to pounce, which explains why Gail has experienced a more negative reaction from administrative officials than she ever received from people she shared her faith with. Gail is being specifically targeted with unfair accusations only because she is a person of faith – even though she has the same right to free expression guaranteed to every American. 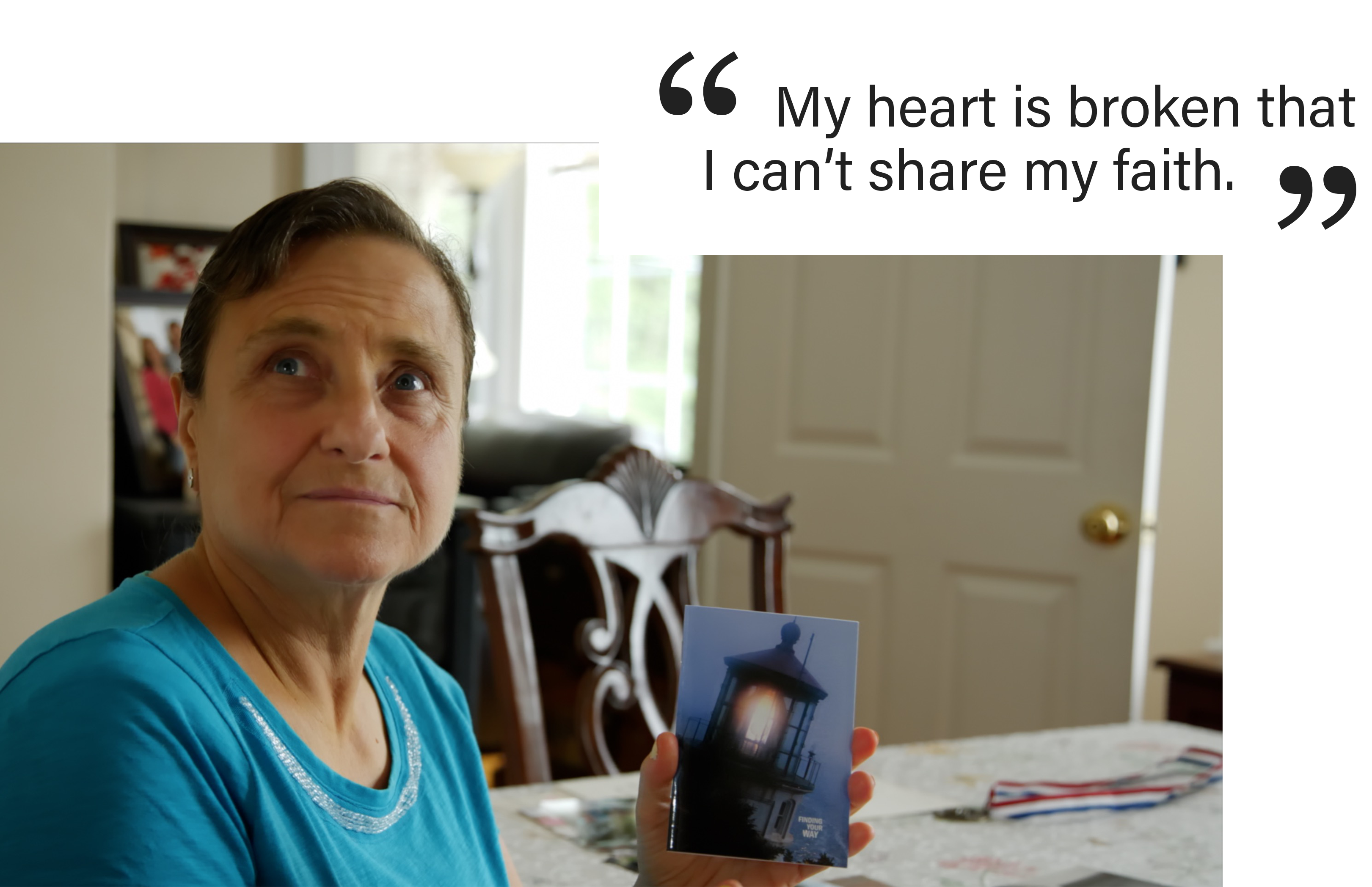 In June of 2020, First Liberty filed a discrimination charge with the Rhode Island Commission for Human Rights that will help protect Gail’s right to go out and share her faith – something she feels uniquely called to.

What these public officials did to Gail was in blatant violation of Rhode Island’s laws for places of public accommodation, and it is clear that she suffered cruel discrimination solely for sharing her faith. Our legal team will not let this rest until justice is served.

It is simply outrageous that a kind, blind woman should have to live in fear of arrest simply because she wants to talk about her faith. Other members of the community can stroll in Wilcox Park and converse, but park officials will call the police on a blind woman who dares to discuss her religious beliefs in the park.

If we can’t reach justice for someone like Gail Blair, there will be little hope for the rights of any person of faith in America.

Go All In for Gail

Gail Blair literally walks by faith and not by sight—and she simply wants to continue to share her faith with her community.

Her story is yet another in a long list of religious Americans whose freedom has come under attack-a truly alarming trend. No American—let alone a gentle, blind woman—should be banned, censored or threatened with arrest for simply carrying on conversations about their faith in a public park.

Will you join First Liberty and stand up for people like Gail Blair? We can no longer sit on the sidelines as gentle blind women are banned from public places.