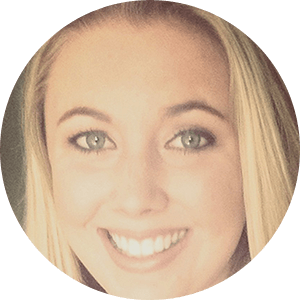 First Liberty Institute successfully protected the religious freedom rights of Audrey Jarvis, a college student at Sonoma State University in California who was told by a supervisor to remove a cross necklace while she was working at a student orientation fair. First Liberty helped Audrey file a request for religious accommodation with the university. After an investigation by the university, the school’s president issued Audrey a formal apology.

Audrey’s story demonstrates that religious liberty can be preserved when those who experience the violation of their rights courageously take a stand. Audrey’s case made headlines across the country, bringing attention to the growing attacks on religious freedom in America’s schools and universities.

In 2013, Audrey Jarvis, a 19-year-old student at Sonoma State University and a devout Catholic, was working for the university’s Associated Students Production (“ASP”) organization at a student orientation fair. At the event, her supervisor asked her to remove her cross necklace.

The supervisor told Audrey that the chancellor had a policy against wearing religious items and said the cross necklace “might offend others, it might make incoming students feel unwelcome, or it might cause incoming students to feel that ASP was not an organization they should join.”

The supervisor approached Audrey a second time and told her to put the cross under her shirt or remove it. Audrey was so upset by the incident that she left the student orientation fair early.

With the assistance of First Liberty attorneys, Audrey filed a religious accommodation request with the university.

Sonoma State University spokeswoman Susan Kashack admitted to Fox News that the incident did occur and that the supervisor was “completely wrong” in his actions.

School officials did the right thing and launched an investigation into the incident. In July 2013, the president of Sonoma State University issued a formal apology to Audrey.

First Liberty is seeing more and more cases of anti-religious discrimination throughout America’s schools. Secularist groups like the American Civil Liberties Union (ACLU) and the Freedom From Religion Foundation (FFRF) have created a culture of fear in many of America’s public schools. From elementary schools to large universities, some officials are so afraid of potential lawsuits that they violate the constitutional rights of students and staff to freely express their faith.