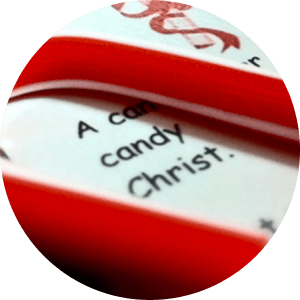 For over a decade, Plano Independent School district and its school officials have engaged in a legal battle seeking vindication of their discrimination against students and their parents based on religious viewpoint. In a landmark decision in 2011, the U.S. Court of Appeals for the Fifth Circuit in Morgan v. Swanson found that elementary students do have First Amendment rights (contrary to the school officials’ arguments), and therefore, cannot be subjected to religious discrimination. A majority of the Court, however, also held that the school officials involved in this particular case could escape liability because that law had not been previously clearly established. Following the Fifth Circuit’s decision, the case against the Plano Independent School District returned to a federal district court. In March of 2016, First Liberty obtained a favorable settlement resolving the remaining issues of the case.

School officials told Michaela and Jonathan that the “goodie bags” they brought to exchange at their respective class “winter break” parties were banned from the classroom because they contained a religious message. Another school principal confiscated tickets to a religious play that Stephanie distributed to her classmates during recess, even threatening to call the police and “kick Stephanie out of school” if she subsequently distributed the materials on campus. In addition, Stephanie attempted to give her friends “Jesus” pencils after school outside the school building, but a school official also confiscated the pencils.

For several years, First Liberty Institute represented the families of the students, contending that the school officials violated the First Amendment rights of the students to freely express their faith at school. In 2010, a three-judge panel of the U.S. Court of Appeals for the Fifth Circuit ruled in favor of the students.

In 2012, First Liberty Institute filed a petition with the U.S. Supreme Court asking it to review the Fifth Circuit’s decision on immunity and hold the school officials accountable for their actions. However, on June 11, 2012, the Supreme Court denied First Liberty’s petition to hear oral arguments.

First Liberty’s claim against the school district for violating the religious freedom rights of Jonathan, Michaela, and Stephanie returned to federal district court. In March 2016, First Liberty obtained a favorable settlement resolving the remaining issues of the case.

“We consider this case a victory because it established the precedent that will ensure that school officials are held accountable for their actions in violation of the First Amendment and religious freedom of students,” he added.

First Liberty Institute is dedicated to protecting the religious liberty of students and their families and is committed to leading the effort to ensure that America’s students can express their faith at school without fear of government censorship or punishment.