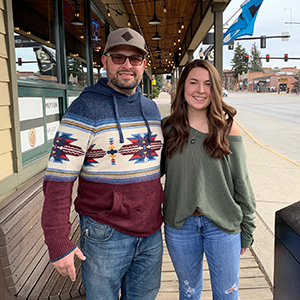 Students should never feel shame and guilt as a part of an assignment at school. But that’s exactly how Skylar Cason felt when her teacher at Steamboat Springs High School required her to read, listen to, and contemplate vulgarities and descriptions of sexual violence against women and other obscene content in class. Despite school policies that clearly encourage teachers to warn parents when controversial material would be taught, parents were never told and no alternative assignment was offered. First Liberty Institute quickly reached out to the school district to demand an apology and ask that teachers attend sensitivity training to ensure that parents and their children are protected.

Skylar Cason is a 16-year-old Junior at Steamboat Springs (Colorado) High School. For the 2019-2020 school year, Skylar chose the elective, “Music Literature” taught by Mr. Ryan Ayala. She expected the class to be challenging and a way to stretch her mind about literature, art, and music.

Instead, she encountered the highly offensive poem, “Howl” by Allen Ginsburg.

On the first day of school, Mr. Ayala instructed his students that they would study the poem, but failed to warn of its obscene content. He did not explain that the poet used extensive cursing, sexually explicit descriptions – often including violence – repeated vulgarities, prurient language, and a debased storyline of the most offensive nature.

Likewise, at no time did Mr. Ayala inform the parents/guardians of the controversial content of the materials he intended to present to their children, let alone offer alternative instruction for those who may object to such controversial materials, something he should have done based on his own school board’s policy.

Soon after, Mr. Ayala also assigned his students the task of listening to a list of songs, including “Psst, teenagers, take off you clo.” The highly repetitive song appears to glorify the idea of “sexting” and routinely requests a “teenager” to remove his or her clothing and send nude pictures to the singer who appears sexually aroused by the effort of the teenager.

“I felt guilty and ashamed,” said Skylar. “It made my skin crawl every time he emphasized the vulgar word for a man’s genitals. I felt violated by a teacher requiring me to listen to a song about someone telling a teenager like me to take off their clothes and send them a picture.”

When Skylar’s dad Brett heard about the class, he was “shocked and furious,” he said. “My wife and I work very hard to protect the conscience of our children and raise them according to our religious tradition. Why wouldn’t Superintendent Meeks require his teachers to respect that by simply giving us a warning in advance?”

When Skylar and her dad reached out to First Liberty Institute, we immediately sent a letter to Superintendent Brad Meeks, demanding that the school system issue an apology to Skylar and her family, train teachers on policies regarding “controversial materials,” and have teachers participate in sensitivity training regarding religious liberty and rights of conscience.

“In the age of #MeToo and Harvey Weinstein, it’s hard for me to understand why Superintendent [Brad] Meeks would think requiring teenage girls to meditate on a song normalizing sexting would be acceptable,” said Jeremy Dys, Special Counsel for Litigation and Communications at First Liberty. “If they want to teach on controversial materials, they can, but they should warn parents and give them an opportunity to choose an alternative assignment.”

After First Liberty became involved, the school district apologized to Skylar and her family.