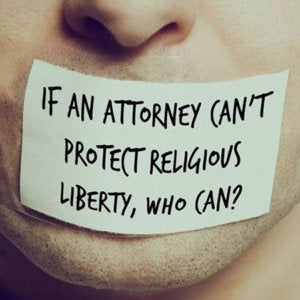 Government Officials drop baseless charges against attorneys for responding to the press about a controversial case involving accusations of discrimination.

No attorney should be discriminated against or harassed by the government for representing his client. But the unelected bureaucrats on the Anchorage Equal Rights Commission (AERC) overstepped the law by punishing an Anchorage, Alaska law firm, Brena, Bell & Clarkson, P.C., (BBC) for responding to the press about a controversial case involving accusations of discrimination. First Liberty Institute successfully defended the firm’s attorneys against AERC’s actions resulting in a settlement that included the withdrawal of all charges against BBC.

DONATE BOOK AN INTERVIEW GET LEGAL HELP
Share this case on:

The Downtown Hope Center (DHC) is a religiously affiliated, private non-profit organization that provides numerous services to Anchorage’s homeless population, including providing a free shelter for homeless women, many of whom have been battered and abused and some of whom have escaped from human trafficking. In addition to caring for Anchorage’s homeless population, DHC maintains and operates a church on its property. DHC does not provide any commercial services, nor does it serve the general public.

In early 2018, a biological male self-identifying as a female sought to enter the facility. DHC had to turn the individual away because the individual was intoxicated and arrived at a time when DHC was not accepting new admissions into its shelter. At the time, DHC supplied the individual with cab fare to travel to a local hospital to seek medical assistance for injuries he had apparently sustained in a fight that led to his being expelled from the Brother Francis Shelter, another homeless shelter with which DHC has historically worked cooperatively to shelter homeless and battered women.

The individual responded by filing a complaint against DHC with the AERC, alleging that DHC refused to provide him services on the basis of his sex or gender identity.

In early 2018, Kevin Clarkson, an attorney with Brena, Bell & Clarkson, P.C., agreed to represent DHC. In pleadings before the AERC, Mr. Clarkson stated that DHC, as a religious organization, does not house biological men in its abused women’s shelter because doing so would traumatize and present unreasonable safety risks for the abused and battered women who have experienced domestic violence or other forms of abuse.

At the same time the charges were brought against DHC, Anchorage was in the midst of a ballot initiative involving the use of public facilities by biological gender. Consequently, the charges against DHC generated numerous media stories. After media reports about the case included statements from Mr. Clarkson regarding his defense of DHC’s religious liberty, the executive director of the AERC, Pamela Basler, also brought charges against Mr. Clarkson’s firm for violating local “non-discrimination” ordinances.

The attorney-client relationship is one of the most important in American jurisprudence. Attorneys are tasked with zealously defending their clients. The Supreme Court has affirmed that legal counsel should be allowed “full freedom of speech . . . not impaired by numerous and refined distinctions.” Imbler v. Pachtman, 424 U.S. 409, 426 n.23 (1976). The actions by AERC drove a wedge between the law firm and its client and make it impossible for any attorney to talk about this case in public without the threat of being investigated by the AERC.

On behalf of Brena, Bell & Clarkson, P.C., attorneys for First Liberty argue that the Anchorage Equal Rights Commission is preventing an attorney from zealously advocating for his client by ignoring widely recognized protections for the attorney-client relationship, bringing charges against both DHC and its attorneys beyond its legal jurisdiction, and is violating the First Amendment rights of the attorney and client.

Anchorage, AK—Attorneys with First Liberty Institute and the law firm Brena, Bell & Clarkson, P.C. (“BBC”) today announced that it had reached a settlement resulting in the withdrawal of charges brought by the Anchorage Equal Rights Commission (“AERC”) against BBC. AERC, attempting to silence an attorney and his firm and interfering with the attorney-client relationship, brought charges against the attorney and his firm while it was defending the religious liberty of its client, a homeless shelter for women known as the Downtown Hope Center.

“The right to legal counsel is a hallmark of our republic,” said Hiram Sasser, General Counsel to First Liberty. “Our legal system is premised on the idea that everyone has legal rights and that the government must afford them a full and fair opportunity to defend themselves. We are grateful that the AERC abandoned these baseless charges.”

BBC represented the Downtown Hope Center (“DHC”), a religiously affiliated women’s homeless shelter, after the AERC accused it of violating Anchorage’s non-discrimination policy by preventing a biological male self-identifying as female from residing at the facility. After local media outlets published stories about the case in which a BBC attorney was quoted, the Commission brought charges against his firm for violating local speech ordinances, forcing him to withdraw from representation.

According to the settlement, the AERC also dropped all charges against the DHC related to BBC’s public statements.

“We are pleased that we can now continue representing our clients with the appropriate legal counsel every citizen deserves,” said Kevin Clarkson on behalf of BBC. “Thankfully, the AERC recognized that it had overstepped its authority and properly brought this matter to an appropriate resolution.” 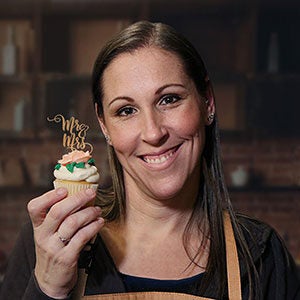