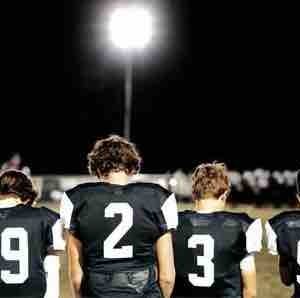 Why is a small town in Texas trying to stop a local Christian school from participating in the Texas tradition of Friday night lights?

Friday night lights are part of the culture, tradition, and landscape of Texas. In small towns and big cities, schools across the Lone Star state come together to play football under the lights. Lucas Christian Academy in Lucas, Texas loves its six-man football team, and wants to be a part of the long-standing Texas tradition. Once a year, the town allowed the school to install temporary lights for its annual homecoming game. This year, the city is putting up a fight.

But one Friday night a season that all changes – homecoming.

Each year, LCA asks for a special permit from city officials to allow temporary lighting at the stadium for homecoming – a request that has been granted in previous years. Homecoming is a school wide event that brings excitement and unity to the student body.  It’s LCA’s one chance a season to play under Friday Night Lights on its home field.

This year, however, the city refused to issue the permit, requiring additional information with little time left before the late October game.  For LCA, the clock is running out.

Penalty on the City

Just a week before kick-off, attorneys for First Liberty Institute and the law firm Jones Day went to court to ask a judge to prevent the city from stopping the game.  After the hearing, attorneys with the city and FLI negotiated to allow LCA to have its homecoming game under the lights, and the city granted the permit!

“Friday night lights are part of the culture, tradition, and landscape of Texas.  We are grateful that Lucas city officials did the right thing by allowing LCA to do what kids across Texas get to do every Friday night in the fall,” said Hiram Sasser, Executive General Counsel at First Liberty Institute.