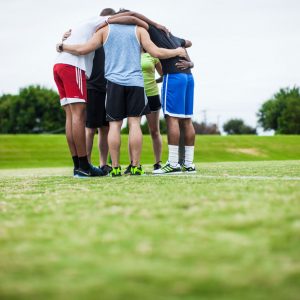 For many years, the West Branch School District located in Beloit, Ohio, allowed pre-game prayer at high school athletic events. This tradition is now under attack by a Wisconsin based atheist group. First Liberty Institute represents local parents whose children attend West Branch Local District schools. Attorneys from First Liberty sent a letter to the School District offering to meet with the School Board and Superintendent to assess the situation and ensure student rights are protected.

Located in rural northeastern Ohio, West Branch Local School District and the families served by the district form a close-knit community in which a strong sense of tradition and values are supported at home and at school. One of those traditions, a pre-game prayer at sporting events, is now in jeopardy. The community embraced this tradition as a unifying moment of sportsmanship for the families, friends, and fans, as well as the teams on the field of play.

In January 2018, a Wisconsin-based atheist organization sent a letter to the school district suggesting that all pre-game prayers at sporting events violate the First Amendment. In response, the school district attempted to appease the anti-religion organization’s complaint by altering district policy. Concerned citizens began searching for help to preserve student rights.

After meeting with local citizens, attorneys from First Liberty Institute agreed to represent local parents with children in the West Branch schools with the shared goals of preserving student rights, preventing religious hostility, and assisting the community in maximizing individual liberty. Roger Byron, Senior Counsel at First Liberty, sent a letter to the school district explaining the law and offering the expertise of the largest organization in the country exclusively dedicated to defending religious liberty for all Americans to help suggest a better way forward. Read the letter here.

“The courts have made it abundantly clear that public school students don’t lose their First Amendment right to religious expression at the schoolhouse door,” said Byron. “First Liberty Institute is here to ensure that well-funded, angry atheist groups cannot use fear and intimidation to bully schools and students into sacrificing the First Amendment.”

This is an all too common problem, but First Liberty Institute is ready to assist the families of the West Branch Local School District impacted by the decision to remove any pre-game prayer.