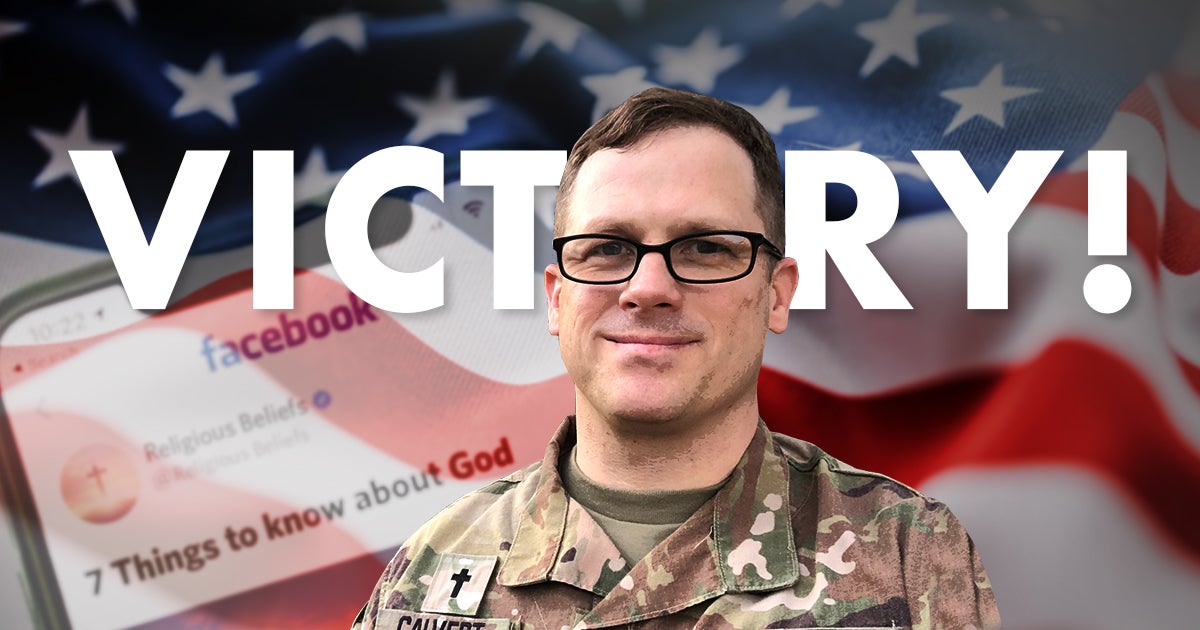 First Liberty Institute today announced that the U.S. Army agreed not to issue a formal reprimand against Chaplain (Major) Andrew Calvert. The decision clears the way for Chaplain Calvert’s record to be cleared, resulting in the possibility of future promotions and assignments.

“We’re very happy for Chaplain Calvert and we commend the Army for making the right decision,” said Mike Berry, General Counsel for First Liberty Institute. “No service member should ever be punished because of their religious beliefs.”

Chaplain Calvert said, “I am grateful for this favorable decision, and I look forward to continue meeting the spiritual needs of the soldiers with whom I serve.”

Chaplain Calvert has 16 years of service and has deployed to combat zones numerous times. His military awards and decorations include the Bronze Star and three Meritorious Service Medals.