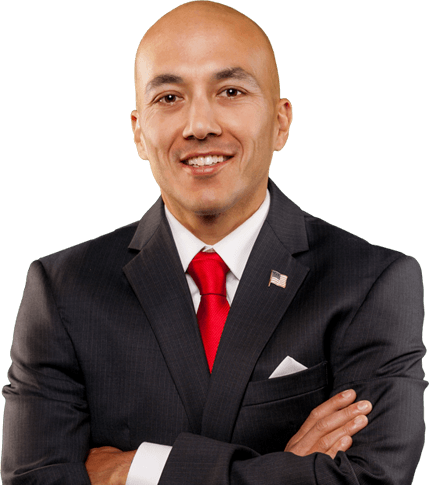 After 7 years of active duty in the Marine Corps and now in the Reserve, I know firsthand that our military is most effective when service members like you are free to exercise your religious beliefs in uniform. Indeed, for 70% of our armed forces—including myself—faith is one of the primary motivations for service.

But right now, service members’ religious freedom is under unprecedented attack. I’ve seen it time and time again, both as a Marine Corps officer and as a constitutional attorney. Military leadership is increasingly caving in to rogue activists and “woke” culture intent on restricting your constitutional right to live out your faith. Many service members feel like they have nowhere to turn.

That’s why we’re here. Defending your religious freedom is our first priority at First Liberty — and we do it for free. In my 8 years with our firm, I’ve won victory for the rights of numerous service members just like you facing religious discrimination. DO NOT be bullied into silence. If you feel that your rights are being threatened, make us your first call—we’ve got your six.

A Record You Can Count On

In our 30 years on the frontlines defending the religious liberty of our brave military heroes, we have an unparalleled victory rate. Here are just a few examples of the service members we have successfully defended—without ever charging them a cent:

✅ Cleared his record after he was threatened with career-ending punishment by the Army simply for expressing his religious beliefs on his personal Facebook page.

✅ Got his charges dropped after he was “detached for cause” and threatened with an official Board of Inquiry simply for counseling according to his Biblical beliefs.

✅ Reversed an Army investigation which had recommended that he be charged with dereliction of duty for following traditional Biblical values in leading a marriage retreat.

✅ Successfully petitioned the Secretary of the Air Force to reverse a decision by the Air Force Inspector General after Col. Bohannon was accused of unlawful discrimination for declining to endorse non-biblical values on a fellow airman’s retirement certificate—even though he requested a religious accommodation.

✅ Restored to service and had all charges dropped after being threatened with court-martial, dishonorable discharge, and loss of his pension for expressing his religious beliefs on marriage when asked to advise in a disciplinary situation—just a few months shy of his 20-year service mark.

✅ Defended her right to religious expression all the way to the Supreme Court after she was court-martialed for refusing to take down Bible verses she had posted at her desk. 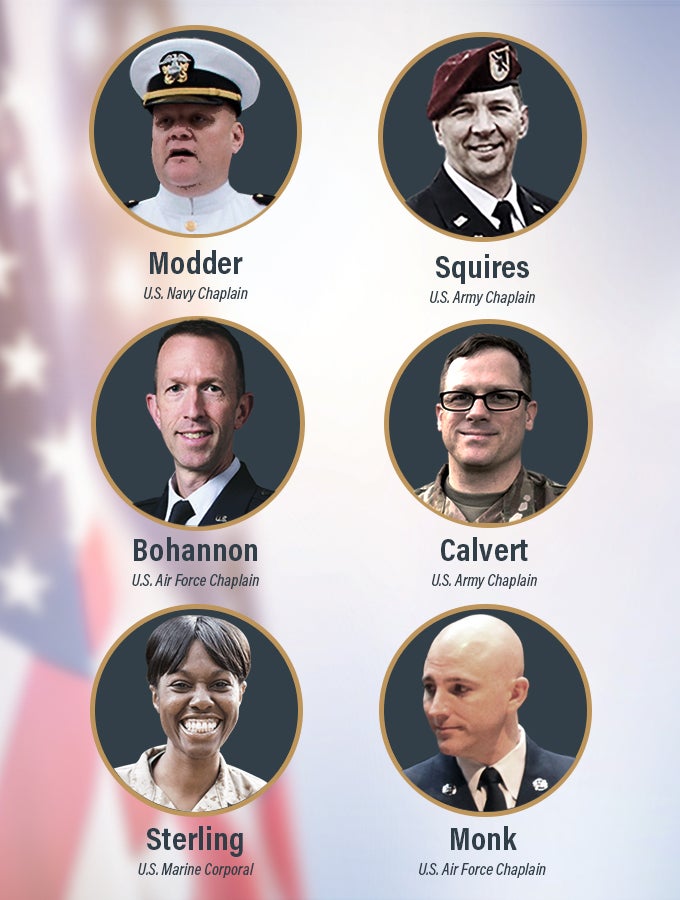 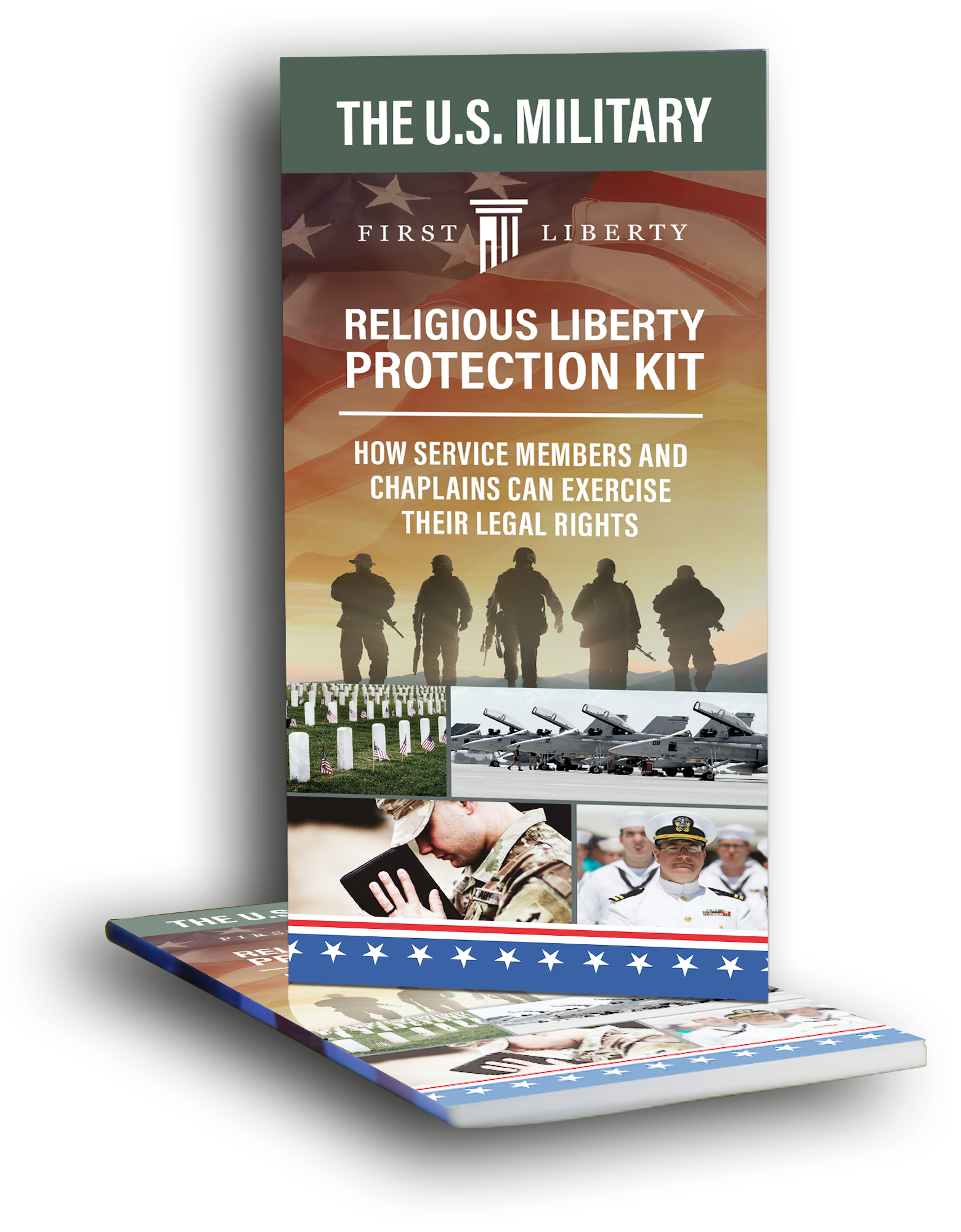 Can I share my faith with other service members?
What if I am senior in rank to the other person?
What rights do military chaplains have? Is there a
difference between my off-duty and on-duty religious
freedom? Get the answers to these questions and more
in our protection kit—put together by FLI’s legal experts.

Or, learn how you can donate
a portion of your paycheck to
help First Liberty through the
Combined Federal Campaign.