Earlier this week, the U.S. Department of Health and Human Services (HHS) announced the formation of a new Conscience and Religious Freedom Division in the HHS Office for Civil Rights (OCR).

The Conscience and Religious Freedom Division has been established to restore federal enforcement of our nation’s laws that protect the fundamental and unalienable rights of conscience and religious freedom.  OCR is the law enforcement agency within HHS that enforces federal laws protecting civil rights and conscience in health and human services, and the security and privacy of people’s health information.  The creation of the new division will provide HHS with the focus it needs to more vigorously and effectively enforce existing laws protecting the rights of conscience and religious freedom, the first freedom protected in the Bill of Rights. 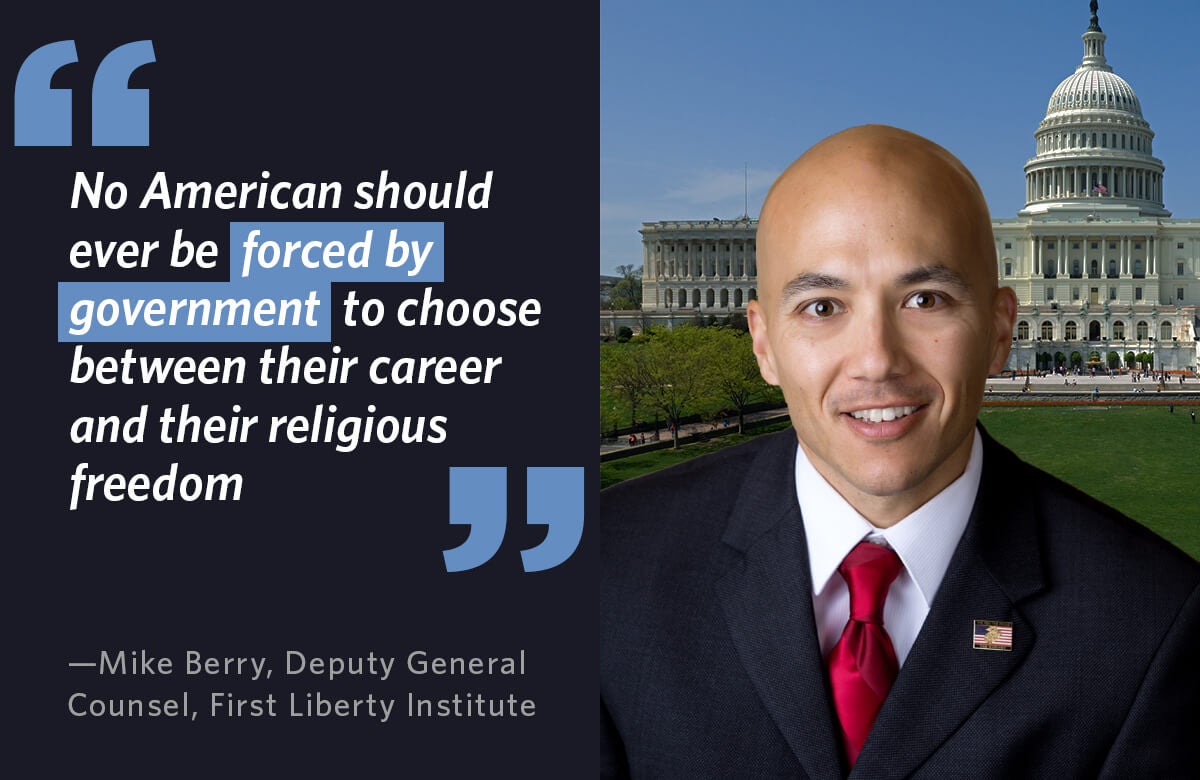 OCR already has enforcement authority over federal conscience protection statutes, such as the Church, Coats-Snowe, and Weldon Amendments; Section 1553 of the Affordable Care Act (on assisted suicide); and certain federal nondiscrimination laws that prohibit discrimination on the basis of religion in a variety of HHS programs.

Acting HHS Secretary Hargan said, “President Trump promised the American people that his administration would vigorously uphold the rights of conscience and religious freedom.  That promise is being kept today. The Founding Fathers knew that a nation that respects conscience rights is more diverse and more free, and OCR’s new division will help make that vision a reality.”

“Hopefully, this important announcement means that health care professionals will no longer be forced to choose between following the dictates of their sincerely held religious beliefs or conscience, and their jobs as health care professionals,” said Mike Berry, First Liberty Deputy General Counsel.  “No American should ever be forced by government to choose between their career and their religious freedom.”

The Department of Health and Human Services (HHS) announced two major actions to protect life and the conscience rights of Americans.

Additionally, HHS’s Office for Civil Rights (OCR) is announcing a new proposed rule to enforce 25 existing statutory conscience protections for Americans involved in HHS-funded programs, which protect people from being coerced into participating in activities that violate their consciences, such as abortion, sterilization, or assisted suicide.

“America’s doctors and nurses are dedicated to saving lives and should not be bullied out of the practice of medicine simply because they object to performing abortions against their conscience,” said OCR Director Roger Severino. “Conscience protection is a civil right guaranteed by laws that too often haven’t been enforced. Today’s proposed rule will provide our new Conscience and Religious Freedom Division with enforcement tools that will make sure our conscience laws are not empty words on paper, but guarantees of justice to victims of unlawful discrimination.”