All Out Assault on Faith: 1 in 3 Americans Say Their Religious Liberty is Under Threat 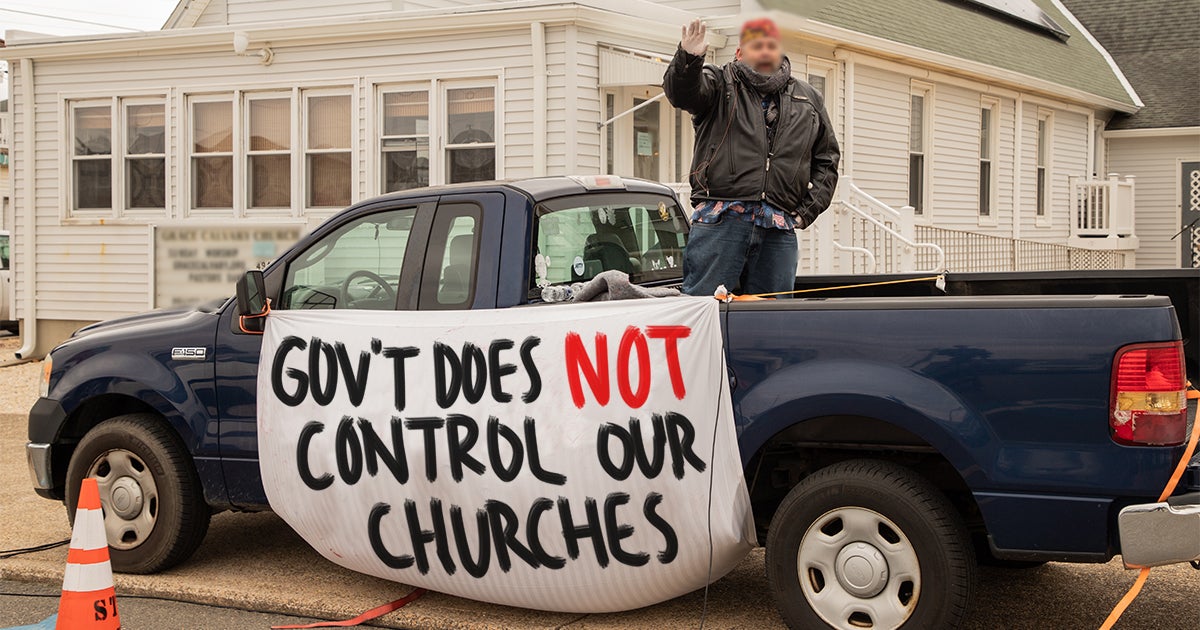 America is in the throes of a constitutional crisis. Radical opponents, abusive government officials, and the toxic cancel culture are all trying to dismantle and destroy the ideals that are essential to the heart and soul of our nation.

From California’s ban on church singing, to the brazen discrimination against Jewish minorities in Texas and New York, and even the banning of a blind elderly woman in Rhode Island for simply sharing her faith in a public park…government officials continue to downgrade religious freedom to second-class status.

It’s undeniable that America’s First Freedom is under siege like never before.

But there’s good news even amidst the increasing chaos and unrest: YOU and millions of patriots are waking up, and responding by standing strong together to stop opponents from crushing our religious freedom, the foundation and cornerstone of our beautiful republic.

In this edition, we’re taking a look at some recent surveys and polls that asked people for their opinion about the imminent threat to religious freedom, and how Americans are increasingly becoming more conscious of the fact that faith—and religious freedom—are indeed essential in our country.

Enemies of religious freedom will not stop until they’ve destroyed the ideals and liberties that have always been part of America’s DNA.

We must stand together to stop this All Out assault, or we’ll end up paying the price and losing our cherished constitutional freedoms.

Join First Liberty in the fight for our First Freedom by making a gift today.

Majority of Americans: Religious Freedom is Important and It’s Under Threat

In a recent poll conducted by The University of Chicago Divinity School and The Associated Press-NORC Center for Public Affairs Research, a vast majority of Americans (81%) said that issues related to freedom of religion to be personally important. Fifty-five percent (55%) said it is very or extremely important to them, while twenty-six percent (26%) say they are somewhat important.

The same survey reported that thirty-five percent (35%) of U.S. adults said they believe their own religious freedom is threatened. That’s 1 in 3 Americans who say their First Freedom is in danger!

Does Federal Law Protect Religious Freedom? 1 in 3 Americans Don’t Know or Say it Does Not

What’s more shocking, however, is that thirty-five (35%) Americans said they either don’t know or say the U.S. doesn’t have federal laws that protect religious liberty. In other words, that’s 1 in 3 Americans who are unaware or misinformed about key federal laws (such as the Religious Freedom Restoration Act) protecting their right to live out their faith.

Americans Trust the Church More Than They Do Congress, TV News, Big Tech and Public Schools

A recent Gallup survey asked Americans about their trust and confidence in major institutions. The results show the church is among the top five most trusted institutions in the U.S., ranking well above many governmental and business sectors.

Even as the mainstream media and government officials recklessly try to blame churches for the spread of the CV-19 virus, Gallup’s data suggests that Americans have a different and much more positive attitude toward houses of worship in general.

In fact, Gallup’s data shows there’s been an increase in trust and confidence in the church for the past three years. 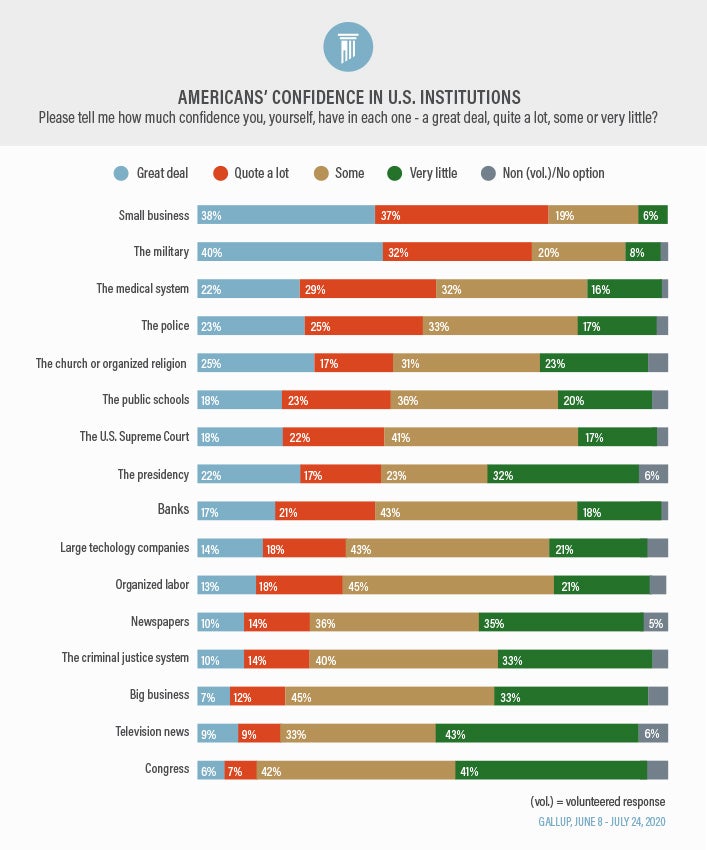 This is a decisive moment for America, when we need YOU to become a Force Multiplier with First Liberty to stop to the All Out assault on faith and religious freedom.

Opponents with deep pockets like the ACLU, heavy-handed bureaucrats, and fringe organizations like the deceptively-named Military Religious Freedom Foundation will not stop until they’ve completely erased and gutted the First Amendment.

Your ongoing financial support helps us activate and unleash members of our exclusive volunteer attorney network comprised of the nation’s best litigators from the top 50 law firms in America, including: Jones Day, Wilmer Hale, Kirkland and Ellis and many more.

Thanks to your generous donations, First Liberty delivers more freedom per dollar, since every dollar you invest returns 6X that amount in free volunteer attorney time and services, all so they can protect and defend clients like Coach Kennedy, Melissa Klein and Gail Blair at no charge.

Will YOU consider donating to First Liberty in this critical fight for our First Freedom?

FLI SURVEY – TAKE 1 MINUTE TO TELL US YOUR THOUGHTS

Is Your Religious Freedom Under Threat?