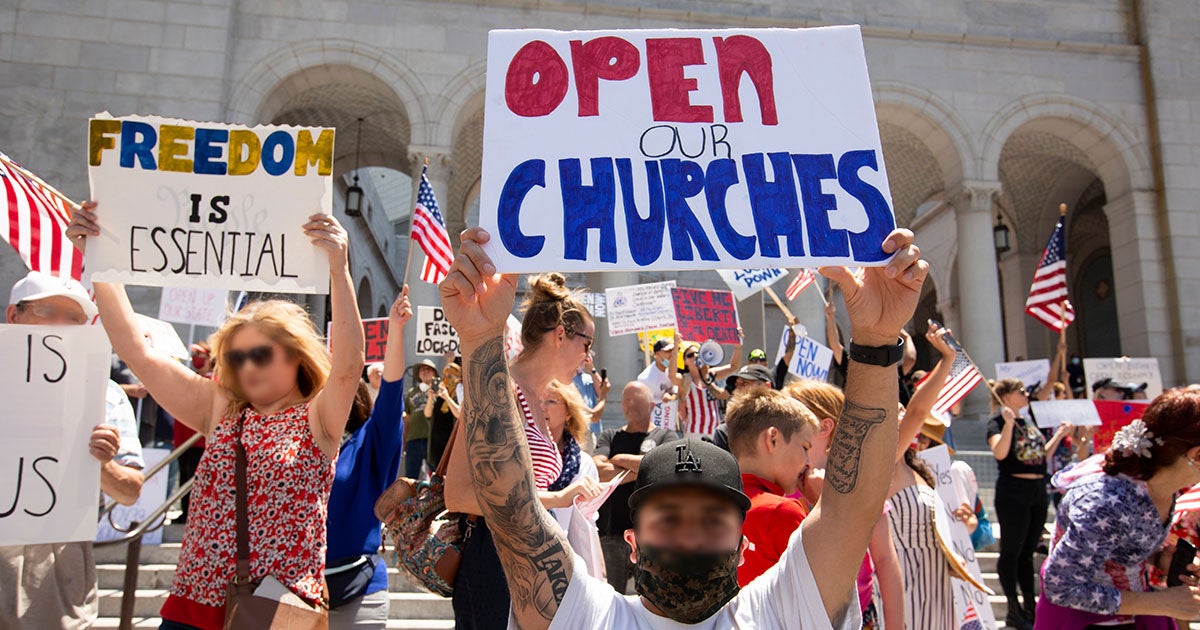 March 16, 2021 will mark 365 days since America began fifteen days to slow the spread. In that time, American houses of worship have faced and overcome an onslaught of daunting challenges.

Overcoming the challenge presented by the physical threat of COVID-19 has been one thing. Services moved online. Priests moved the confessional to parking lots. And pastors, committed to safely seeing their flock, revived the practice of “drive-in church” first made popular by Robert Schuller and the Chrystal Cathedral in the late 1950’s.

Elected officials presented a different sort of challenge to our religious freedom, though. While local and federal health officials scrambled to determine best practices, governors and mayors too often painted with a broad brush.

In Louisville, Kentucky, for instance, a mayor banned even the practice of parishioners parking their cars in church parking lots, keeping the windows rolled up, and listening to their pastor preach from the flat bed of a truck or trailer. First Liberty Institute filed a lawsuit on behalf of On Fire Christian Center on Good Friday of 2020.

The next day, Judge Justin Walker observed that Louisville did not wander into a constitutional error. Rather, it, “targeted religious worship by prohibiting drive-in church services, while not prohibiting a multitude of other non-religious drive-ins and drive-throughs–including, for example, drive-through liquor stores.”

Days later, First Liberty would come to the defense of King James Bible Baptist Church in Greenville, Mississippi. The day before Good Friday, the entire police force surrounded the church in cruisers as Rev. Charles Hamilton, Jr. held forth in the open air, preaching to his congregants parked in their cars. One officer even informed the good reverend that his rights had been “suspended.”

But religious liberty cannot be “suspended” and it should never be targeted. Religious liberty is among the rights given to us by our Creator. Yet, as this past year progressed, it seemed America’s mayors and governors forgot. 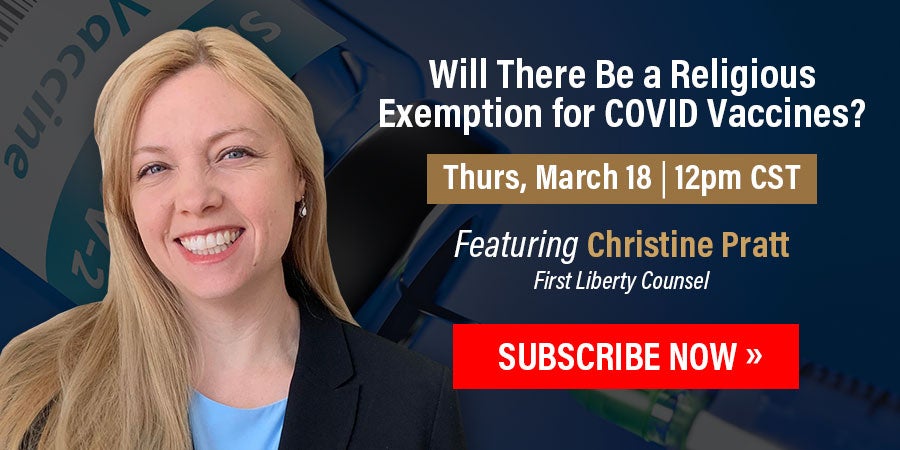 Mayor Bill de Blasio threatened to permanently shut down New York City’s synagogues if they did not bend the knee to his demands they not gather in-person for the funeral of a beloved rabbi. Days later, Mayor de Blasio would be pictured linking arms with protestors marching down the streets of the city, oblivious to the hypocrisy.

As the calendar turned closer to back-to-school season, elected officials in Texas tried to force religious schools to remain closed. First Liberty sent a letter reminding county officials that private, religious institutions, not the State, retain the freedom to determine when to resume in-person instruction.

Still, through all of this, the State of California continued to curtail the free exercise of religion. Churches could not meet in person. Meals celebrating the Jewish high holidays were cancelled. Even outdoor religious gatherings were heavily regulated.

Just recently, on February 5th, 2021, the Justices of the Supreme Court of the United States put a hopeful end to the seemingly never-ending restrictions on the free exercise of religion guaranteed by the First Amendment.

Chief Justice John Roberts noted that California placed “the maximum number of adherents who can safely worship in the most cavernous cathedral at zero” which, he explained, “appears to reflect not expertise or discretion, but instead insufficient appreciation or consideration of the interests at stake.”

Justice Amy Coney Barrett also saw the hypocrisy, noting that it was not clear why “a chorister can sing in a Hollywood studio but not in her church.” Evidently, one can croon on the California stage of The Masked Singer, but cannot be allowed to sing and worship in a California church. Such duplicity is far from the neutrality toward religion the Constitution demands.

“Government actors have been moving the goalposts on pandemic-related sacrifices for months, adopting new benchmarks that always seem to put restoration of liberty just around the corner.”

Viruses present unrivaled challenges. Still, the First Amendment never handed in a doctor’s note and took 2020 off. Even in the midst of a worldwide pandemic, the Constitution holds sway over the increasing, if subtle, aggression of government officials against religious liberty.

“It has never been enough for the State to insist on deference or demand that individual rights give way to collective interests…Even in times of crisis—perhaps especially in times of crisis—we have a duty to hold governments to the Constitution.”

People will debate whether fifteen, forty-five, or 365 days have been enough to slow any spread of COVID-19. It is undebatable, however, that despite the best efforts of elected officials, the spread of religious freedom protected—even in times of crisis—by our Constitution, remains unchecked.