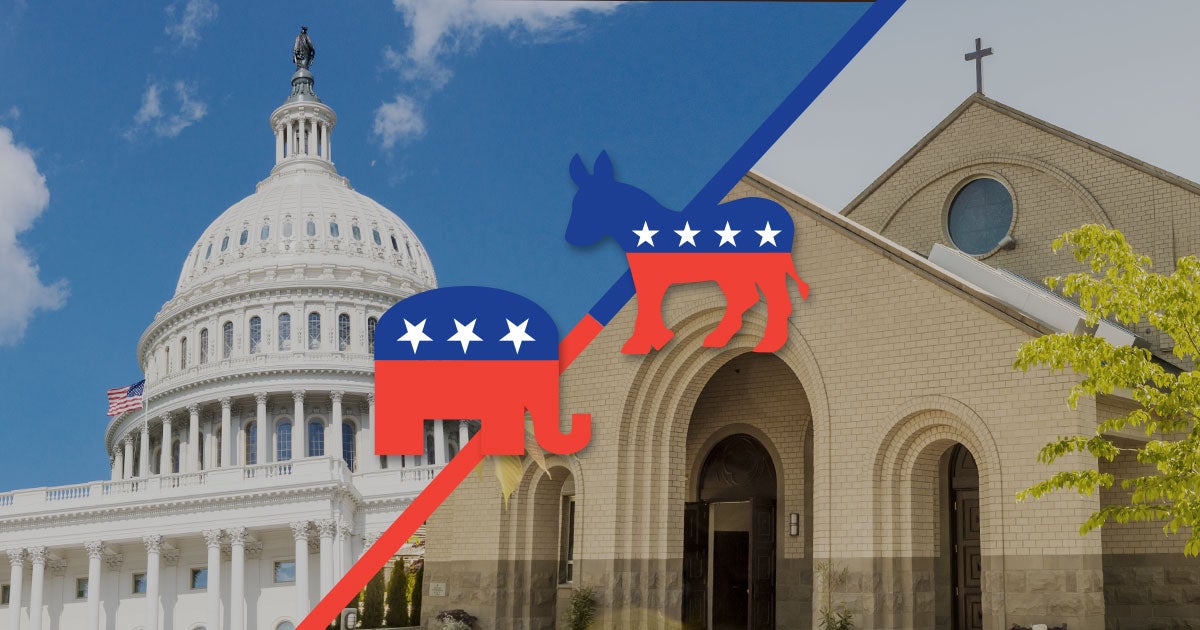 As America waits on the final, official results of the 2020 election, First Liberty continues to keep a vigilant eye on the policies that are espoused on either side of the political spectrum, and how those actions could advance, or restrict, our first and most fundamental liberty.

In this edition, we’re going to discuss three important areas that may affect the future of religious liberty, particularly if a new party assumes control of Congress and a new president occupies the White House.

In addition to vetting the records of over 200 judicial nominees over the last four years, First Liberty’s legal team also conducted extensive research and in-depth analysis on the Trump administration’s policies pertinent to religious freedom and the First Amendment.

Below are some examples of how Americans of faith directly benefited from the current administration’s policies:

These only touch the surface. For a more detailed list, you can download First Liberty’s resource: Inside Look at Recent Actions by the Executive Branch (2017 – 2020).

While we would expect the Trump administration to continue these orders and policies, a Biden administration has not spoken to all of these, though is expected to reverse many. Since these are executive orders and actions, with the stroke of a pen, a new president could rescind them and undo much of the progress that’s helped reclaim the right of Americans to freely live out their faith.

While there may not have been open threats to pro-religious freedom actions, we have certainly seen one of the parties contemplating the idea of “packing” the Supreme Court.

As our legal experts have explained in previous articles, packing SCOTUS poses a threat to religious freedom and all our liberties. Court packing would essentially destroy an independent judiciary and essentially convert the Supreme Court into a super-legislature and subsidiary of the executive branch, effectively allowing a president to legislate from the White House.

“Create now a political court to echo the ideas of the Executive and you have created a weapon. A weapon which, in the hands of another President in times of war or other hysteria, could well be an instrument of destruction. A weapon that can cut down those guaranties of liberty written into your great document by the blood of your forefathers…”

If a newly-elected president were to proceed with the Left’s court-packing agenda, one of his first acts of “legislation” (with the blessing of his hand-picked super-legislature Supreme Court) could very well be to force religious Americans to violate their conscience, beliefs and faith in order to conform to cultural orthodoxies on issues of marriage, sexuality, gender identity, or a variety of other favored beliefs of the state.

Gutting RFRA Through the “Equality Act”

Depending on the party that controls Congress (and of course, the president in power) the Equality Act could be signed into law.

For those not familiar, the Equality Act is a proposed bill (already passed in the U.S. House of Representatives) that would effectively destroy the Religious Freedom Restoration Act (RFRA), a landmark, bipartisan law that’s helped protect religious freedom for over a quarter century.

The bill’s sponsors and their political proxies will assure Americans that the legislation is for our own good. After all, if the word “equality” is in the act’s name, it must be good, right?

To the contrary, that is all the more reason to remain alert. Indeed, we should heed the words of legendary Supreme Court Justice Louis Brandeis:

“Experience should teach us to be most on guard to protect our liberty when purposes of government are beneficent. Men born to freedom are naturally alert to repel invasion of their liberty by evil-minded persons. The greatest dangers to liberty lurk in insidious encroachment by men of zeal, well-meaning, but without understanding.”

In this defining moment, when there are perilous threats to our Republic, First Liberty remains undaunted and undeterred. We are uniquely positioned to not only sound the alarm bells, but we are on the front lines defending religious freedom for all Americans, and ensuring that the Constitution’s promise of religious freedom is never broken.