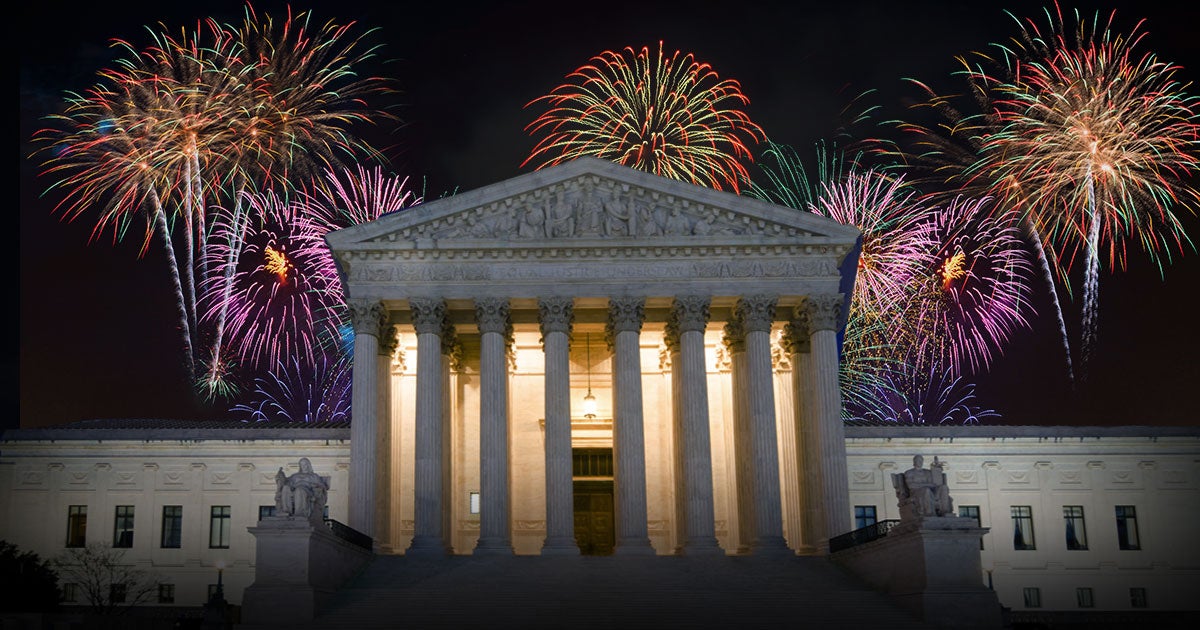 Over the course of the last few weeks, the U.S. Supreme Court issued three critical decisions that will help reclaim the First Freedom of people of faith and religious organizations throughout the country.

Are Americans about to experience and enjoy more religious freedom than we’ve ever had in decades…and possibly, in our lifetimes?

Let’s briefly recap each of these victories and the profound impact that they will have for the future of religious liberty in America.

Big Victory for Students of Faith and School-Choice

First, the Court ruled in Espinoza v. Montana that the First Amendment protects students attending religious schools and that they can participate in scholarship programs offered by the state on an equal footing as students in non-religious schools.

In other words, the Supreme Court ruled that the government cannot discriminate against faith-based schools simply because they are religious.

Espinoza will impact school-choice programs across the country. It will add an important tool to our legal arsenal as First Liberty and the Institute for Justice continue fighting in the U.S. Court of Appeals for the First Circuit on behalf of a group of families in Maine, who’ve also been excluded from participating in state tuition programs because they sent their children to religious schools.

In another religious freedom case, Little Sisters of the Poor v. Pennsylvania, the Supreme Court upheld the efforts by the Trump administration to protect the religious conscience rights of this service organization comprised of Catholic nuns.

After a decade of fighting in court, this decision is a tremendous step in helping the Little Sisters reclaim their religious liberty to keep serving people in need and to do so consistent with their religious convictions.

This ruling clarifies for thousands of faith-based ministries and nonprofits across America for whom the Obamacare contraceptive mandate presented an impossible choice between compliance with federal law and the teachings of their faith, seeking an exemption from the law is a viable option. It affirms that they cannot be forced by the government to violate their conscience.

However, defenders of religious liberty must remain vigilant. This case recognized the authority of the federal government to grant exemptions. Future governments could narrow or revoke those exemptions.

Protecting Church Autonomy and the Right to Choose Its Ministers

Because good things often come in three’s, the third victory for religious freedom came with the Supreme Court’s decision in Our Lady of Guadalupe School v. Morrissey-Berru. That ruling further defines and secures the “ministerial exception,” a legal doctrine protecting one of the most basic First Amendment rights of religious organizations: the right to choose their ministers.

In our amicus brief filed at the Supreme Court on this case, First Liberty argued that one of the core features of the First Amendment is that the government must respect the autonomy of religious ministries and schools.

“The First Amendment protects the right of religious institutions ‘to decide for themselves, free from state interference, matters of church government as well as those of faith and doctrine.’ “

In this unique moment of chaos, unrest and attacks to tear down the very fabric and foundations of our country, these recent victories are a welcome sign of encouragement and hope. They make it clear that even in times of “crisis,” the Constitution’s protection of religious freedom isn’t cancelled…it remains in full effect.

But make no mistake. Opponents of freedom will become more emboldened and brazen in their All Out war on faith, especially in light of these victories.

By going All In together, we can not only fight back against them, but also continue winning. Today, we need your financial support to keep scoring major victories at the Supreme Court.

Will you go All In with First Liberty by making a gift right now?