When someone asks, “Why does America need to protect religious freedom?” here are three things you can tell them. 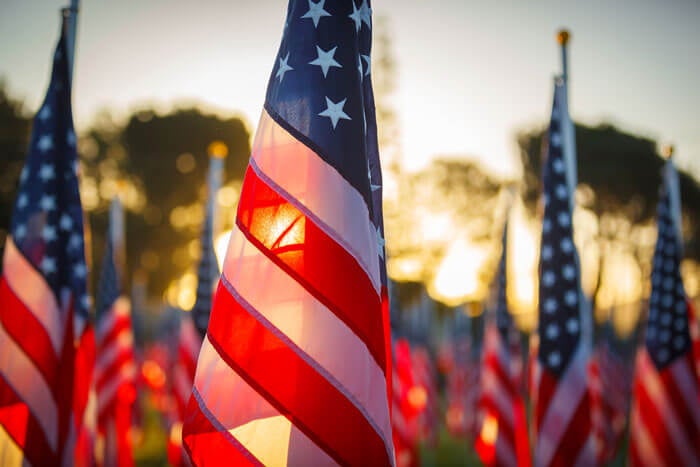 Studies show that religious freedom gives Americans of all religions—and even those who have no religion—benefits that include:

And if we lose religious liberty? Then we will almost certainly forfeit the advantages of religious influence. That is why religious freedom is literally the key to America’s future.

“The total current savings to U.S. society from America’s religiousness is $2.67 trillion per year.”

This conclusion comes from Dr. Rodney Stark, one of the world’s foremost social scientists. He combed through his own extensive surveys and the scholarly work of other researchers, and tallied up the economic benefit of religious influence to America.

Why the connection? The great cultural anthropologist Max Weber, economist and moral philosopher Adam Smith, along with virtually all major American Founders, saw a close link between religion, morality, and prosperity.

Religion, they found, supplies the inner motivations and external order necessary for a free economy to thrive.

But what if religious freedom is restricted? What if religion is limited, condemned, and stigmatized, and its “exercise” made less free? It follows that fewer citizens will be strongly religious. Religion’s guidance of Americans will weaken, and its benefits will drain out of our economy. 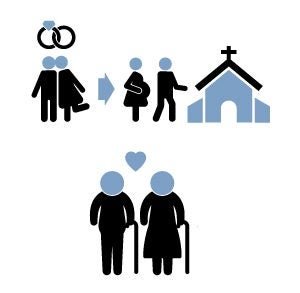 Marriages where even one spouse attends religious services are less than half as likely to break up.

Family is the foundation of society. Marriage is the cornerstone of that foundation. And religion is the cement holding it all together. Decades of research have shown that religion contributes to:

But what if public schools and government edicts drive a wedge between children, on one hand, and their parents’ faith on the other? The data would warn that any such “liberation” of our children from religion risks cracking the very foundation of our nation: our families. 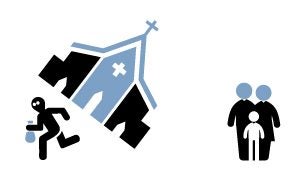 The strong evidence is that religion, and therefore religious freedom, is critical to both domestic safety and national security.

247 research studies published between 1944 and 2010 reported that religion had a positive effect on reducing crime and delinquency.

Religious influence also has a positive effect on reducing crime in inner cities. One study of impoverished males in inner-city Philadelphia and Chicago showed that religious attendance at a high level was associated with the following:

Government welfare programs could not compare to the positive effect of religious attendance on crime in this study.

Recent surveys reveal that a substantial majority of service members claim that religion is either “important” or “very important” to them.

Gen. George Washington established the chaplain’s corps in the Continental Army for that reason, stating the importance of religion to a strong fighting force.

President Franklin Roosevelt personally made sure WWII soldiers were provided with Bibles. And President Harry S. Truman’s commission to study religion’s effect on military performance found that “the idea of a moral law which is based on religious convictions and teachings” was “essential” for “strengthening [service members’] effectiveness as an instrument of our democratic form of government.”

If America ceases to protect religious liberty, religious influence will decline, and America will become a more dangerous, less secure place to live.

Noted researcher Dr. Patrick Fagan states, “No other dimension of life in America—with the exception of stable marriages and families, which in turn are strongly tied to religious practice—does more to promote the well-being and soundness of the nation’s civil society than citizens’ religious observance.”

Yet today, religious liberty in America is under legal attack. This should be a cause for concern.

As Fagan points out, “To work to reduce the influence of religious belief or practice is to further the disintegration of society.”

Open religious faith is good for America. In fact, it is essential to America’s wellbeing and freedom, and it is key to America’s future. Religious influence, and therefore religious liberty, is worth saving.

These are only three of 10 benefits of religious freedom documented in First Liberty’s new booklet, SAVING AMERICA: 10 Reasons Why Religious Freedom is the Key to America’s Future.

Download your free copy (in PDF format) as you help educate Americans to take action to defend and restore religious liberty in our nation. For an ePub version, click here. Thank you for your passion for freedom for faith.

References for all studies cited in this article are available in the booklet Saving America: 10 Reasons Why Religious Freedom is the Key to America’s Future.