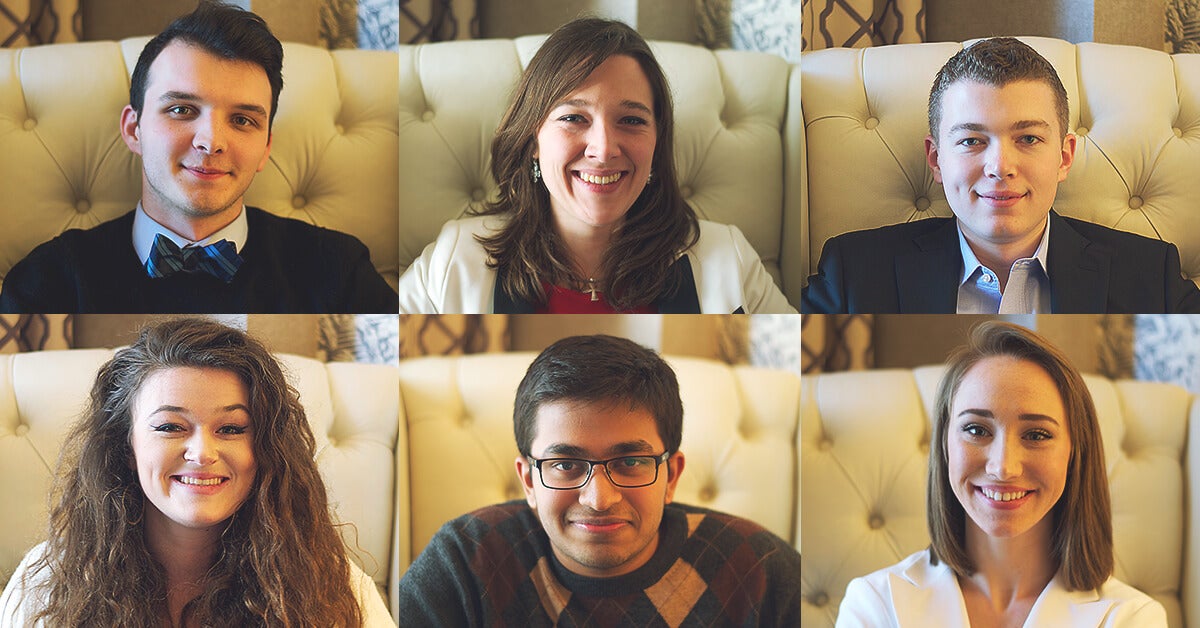 They’ll be coming in from all across America. A prestigious gathering of some of the brightest, most talented young scholars, coming together in our nation’s capital to hone their knowledge, skills and training as future leaders and advocates for religious liberty.

Now in its third year, the First Liberty Fellowship program continues to flourish, drawing a record-number of participants, particularly among millennials, to this year’s program.

And what a program we have lined up. Each year, we feature some of nation’s top religious freedom experts and speakers to help teach, inspire and equip this next generation of young leaders, and this year will be no different.

Here’s a quick look at some of the speakers who’ve attended in the past, as well as a few that we’ve lined up to speak to the Fellowship Class of 2018.

What makes this year even more special is that it will be directed by former fellow, Christine Norwood, who is now on staff here at First Liberty.

Christine, who was one of the first participants in the Fellowship’s pilot program, has played an instrumental role in over-seeing every detail of the week-long program to ensure each participant receives the best, hands-on learning experience possible.

We recently caught up with Christine and asked her a bit about her journey with First Liberty and what she envisions for the future of the fellowship: 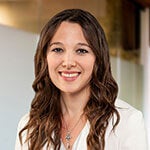 The First Liberty Fellowship program holds a special place in my heart. During the spring semester of my freshman year in college I was taking a class called Religion and Politics, and it was that eye-opening class that ignited my passion. I was blessed with the opportunity to intern for First Liberty Institute in the summer of 2016 and that fall I was invited to be a part of the inaugural class of the First Liberty Fellowship. This program is like no other. It is a one-week, all expense paid program in the heart of our nation’s capital, where my five classmates and myself learned about the religious history of the American founding. I learned more that week than ever before regarding the interplay of religion and the founding of America. On top of numerous speakers, we had numerous opportunities to explore D.C. and see it from an insider’s perspective. It was truly an incredible, once in a lifetime opportunity. Before the Fellowship, I knew that I was blessed to live in a country where Freedom of Religion is our first freedom, but I had no idea about the emphasis that was placed on it by our Founding Fathers. During the program, I became more and more excited about the work that First Liberty Institute was doing and I quickly realized that this was an organization I wanted to be a part of for years to come.

Fast forward to today and I am the program coordinator for the First Liberty Fellowship program. I cannot describe how thankful I am for the opportunity to teach others of my generation about the importance of religious liberty. Each year that we host the Fellowship program it truly makes me happy to see the same excitement and passion appear on the faces of the newest Fellowship class. I highly encourage anyone who is remotely interested in the relationship between religion and politics to apply for the First Liberty Fellowship, either now or in the future; because it could be the one-week that changes your life, just like it did for me.

In addition to our Fellowship, First Liberty also runs a year-round internship program where we give one-on-one mentorship to students from coast to coast. From undergraduates to third-year law students, we give young, ambitious students a platform to put their gifts to work for America’s first freedom. 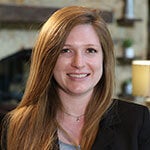 To those of my generation,

As millennials, we grew up being told we are all special. We take a lot of flak for this and consequently deplore our generational label. Participation trophies, anyone?! Perhaps our need for approval is not our shiniest attribute. However, I also see a generation that, because of this, sees the importance of valuing the individual and leaving no one behind.

In generations past, people fought physical wars across seas to secure freedom. Today, we are much more engrossed in fighting social justice wars online. But amidst the battle of securing every newly conceived right, is a battle to defend the rights we already possess. Religious liberty, though inked on crisp parchment and guarded behind bullet proof glass, is far from guaranteed.

Consider this your “call to service,” to take you from behind the key board to the front lines.

During college, I learned the ins-and-outs of government systems from a theoretical and historical nature. But during my time First Liberty, I have seen first-hand what reality warrants.

By and large, most everyday Americans do not have an “agenda.” But they do have hold tight to their views, although sometimes many get caught not knowing too well why it is that they hold those views. And so, that’s when the law gets misinterpreted or misapplied, which leaves many of us vulnerable to those individuals and groups who use the courts to attack our liberties. If we fail to produce a strong argument or even raise our voice at all, we will see our liberties only as we happen to glance in the rear-view mirror.

This is where First Liberty steps in, to be First in the Fight. Protecting and preserving religious liberty is critical regardless what religion or worldview you hold. History and present-day events show the horrors when government decides to control religion, speech, and human rights. As the government encroaches on religious freedom it inevitably affects our other God-given rights.

But to win this fight, we have to start by getting informed. We are the generation with endless information right at our fingertips, but it is perplexing how little we actually know. The 2018 State of the First Amendment Report has some astonishing figures:

– 40% of respondents could not identify even one of the five provisions of the First Amendment.
– Another 48% could only name up to two rights correctly.
– Only 1 respondent, of 1009 people, selected all 5 correctly.

That same report shows that knowledge directly shapes our ideologies, but there’s still a huge percentage of our citizens who lack knowledge of our most fundamental freedoms. If people had a better understanding of what they already have, would they still support the same causes? Likely not.

But the central piece of the solution is your commitment. So, I urge you: join the fight today! Let us “Secure the blessings of liberty to ourselves and our posterity,” – as the Preamble to our Constitution reads.

Being merely a social justice warrior will not cut it. Partner with First Liberty in the battle to uphold the rights of the First Amendment. With your alliance, the beauty of American liberty will not be left to dusty pages of unopened history books. 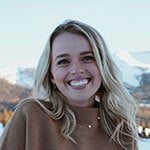 My time at First Liberty helped grow me and shape me in ways I never thought possible. With a welcoming and formative work atmosphere, I was pushed outside of my comfort zone and developed numerous professional and personal skills that will help me throughout life. 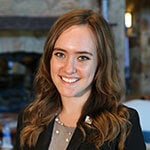 Not only did writing for First Liberty’s Marketing department stretch me to find new and robust ways of communicating with the firm’s audience, but it also offered me the opportunity to share in one of the best work environments I’ve experienced thus far. Each team member at First Liberty is engaged firsthand in the defense of religious freedom and their passion and excellence is unparalleled. I would highly recommend First Liberty’s internship program.