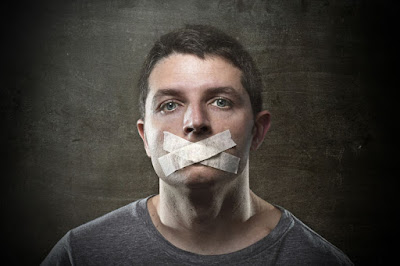 The war to save religious freedom in America is ever moving, but the month of September proved to be a particularly crucial 30 days. Out of the blur of action, four reasons stand out as opposing visions of our nation’s future clash with increasing intensity.

September 2015 arrived to find a Christian woman, elected by her county to the position of clerk, threatened with jail. She refused to issue same-sex marriage licenses with her name on them, basing her objections on sincerely held religious beliefs. On September 3, a judge indeed threw Kim Davis of Rowan County, Kentucky, in jail. No release date was specified. Her mug shot went public. She was international news.

Nothing like it had happened in the memory of any living American.

But the day after Kim Davis went to jail, another high-profile victim of religious discrimination—U.S. Navy Chaplain Wes Modder—received stunning news that he had won his case after being punished and threatened with dishonorable discharge for counseling sailors in private concerning Biblical sexuality and marriage.

Remarkably, the month that began with a Christian civil official ordered to jail ended with parade of noteworthy victims and victors in Washington DC sharing the same stage before national media.

At FRC Action’s Values Voter Summit, cosponsored by First Liberty Institute, Kim Davis (who had been released after six days when officials agreed to take her name off the marriage licenses) received the second annual “Cost of Discipleship” award to the cheers of 2,700 activists and leaders. First Liberty Institute clients—including high school student Liz Loverde, college student Roy Costner, and retired Air Force veteran Phillip Monk—told their stories and urged others to stand. And panels of unbending victims of discrimination represented by multiple legal organizations stood together, proudly proclaiming they would not give up the religious freedom that past Americans had died to preserve.

All the above happened in the third month after Obergefell v. Hodges, the U.S. Supreme Court’s 5-4 decision legalizing same-sex marriage nationally. The decision stoked  an already-burning fire in which Christian wedding vendors were being legally attacked and in some cases ruined, and several states were passing contentious laws to protect religious conscience.

Near the end of September, as religious freedom sentiment surged, President Barack Obama—whose Department of Justice has threatened the tax-exempt status of religious institutions that fail to affirm same-sex marriage—responded with chilling words:

“ . . . religious freedom doesn’t grant us the freedom to deny our fellow Americans their constitutional rights. And that even as we are respectful and accommodating genuine concerns and interests of religious institutions, we need to reject . . . new forms of discrimination . . .”

The problem: in the President’s worldview, “new forms of discrimination” include almost any resistance to government-mandated violation of your conscience. Everyone familiar with the debate understood his words to reinforce the radical formula for the public banishment of religious freedom.

#3: PULPITS AND THE POPE

September gave more evidence of steely resolve by leaders to assert their religious liberty rights. The Values Voter Summit provided a long line-up of them. But there was more.

Franklin Graham, president of Samaritan’s Purse, said that Kim Davis “fights for religious liberty for all of us.” Breakpoint published a survey of Christian “thought leaders”—noted scholars, journalists, and commentators—who, in some form, almost universally applauded Kim Davis and called upon Christians to stand their ground. Chaplain Modder’s victory was also widely praised upon the news of his exoneration.

And then there was the Pope.

Visiting Washington DC, New York, and Philadelphia the same week as the Values Voter Summit, Pope Francis made it a point to visit the Little Sisters of the Poor—a charitable ministry locked in a lawsuit with the Obama Administration over the nuns’ refusal to provide health insurance that facilitates abortion.

Little Sisters of the Poor is the tip of the iceberg of such cases: indeed, First Liberty Institute represents Pastor Chuck Swindoll’s Insight For Living ministry and multiple ministries of an entire denomination suing the Obama Administration. And in September, the U.S.  Court of Appeals for the Eighth Circuit ruled in favor of a Christian college with a similar suit against the government setting up a likely U.S. Supreme Court case to decide whether such ministries will be able to legally refuse to violate their consciences or pay crippling fines for refusing.

“In this place which is symbolic of the American way, I would like to reflect with you on the right to religious freedom. It is a fundamental right which shapes the way we interact socially and personally with our neighbors whose religious views differ from our own. Religious freedom certainly means the right to worship God, individually and in community, as our consciences dictate. But religious liberty, by its nature, transcends places of worship and the private sphere of individuals and families . . .”

In case the Obama Administration missed the point, he warned against those who “seek to suppress religious freedom, or try to reduce it to a subculture without right to a voice in the public square . . .”

So religious leadership across the country stiffened its spine in September over attacks on religious liberty.

Finally, the American public and people of faith continue to stiffen their spines against attacks on religious liberty.

A poll by Barna Research Group taken mostly during September found high degrees of alarm among all sectors of Americans—religious and non-religious—about the perceived restriction of religious liberty, and wide agreement that all citizens should be allowed freedom of conscience when living out their faith.

In a surprise, the population segment moving the fastest toward the pro-religious liberty position is young people—those whom the “experts” in academia and the media predicted would be the last to stick up for religious freedom in an age of sexual revolution.

This echoes other recent polls, such as a survey done this summer by Caddell Associates  showing that Americans, when forced to choose, favored religious liberty over “sexual liberty” by a margin of 4 to 1. Caddell wrote:

“When asked whether it should be up to the federal government to determine what constitutes legitimate religious beliefs  . . . a massive 79 percent disagreed. Indeed, even two thirds of those on the ‘left’ of the segmentation disagreed.”

The battle for religious freedom will not wait for the 2016 elections. Critical battles are being fought now, and they are largely being fought in courts of law and other legal arenas. First Liberty Institute, the nation’s largest legal organization exclusively dedicated to defending and restoring religious liberty in America, is winning nine of 10 cases—yet requests for help have quadrupled since the Obergefell decision in June.

Clearly, America faces a point of decision regarding religious freedom, and legal cases will be critical to the outcome.

At the beginning of 2015, First Liberty Institute President & CEO Kelly Shackelford published a booklet (available in ebook form) entitled A Time to Stand,in which he wrote:

September 2015 was a condensed snapshot of the greater battle. And by all indications, just a precursor of a greater conflict immediately ahead.

About First Liberty Institute
First Liberty Institute is a nonprofit legal group dedicated to defending and restoring religious liberty across America — in our schools, for our churches, in the military and throughout the public arena. Liberty’s vision is to reestablish religious liberty in accordance with the principles of our nation’s Founders. For information, visit firstliberty.org.