Anti-religion groups are threatening to sue Iowa Governor Terry Branstad for his Bible-reading proclamation. First Liberty is ready to defend him. 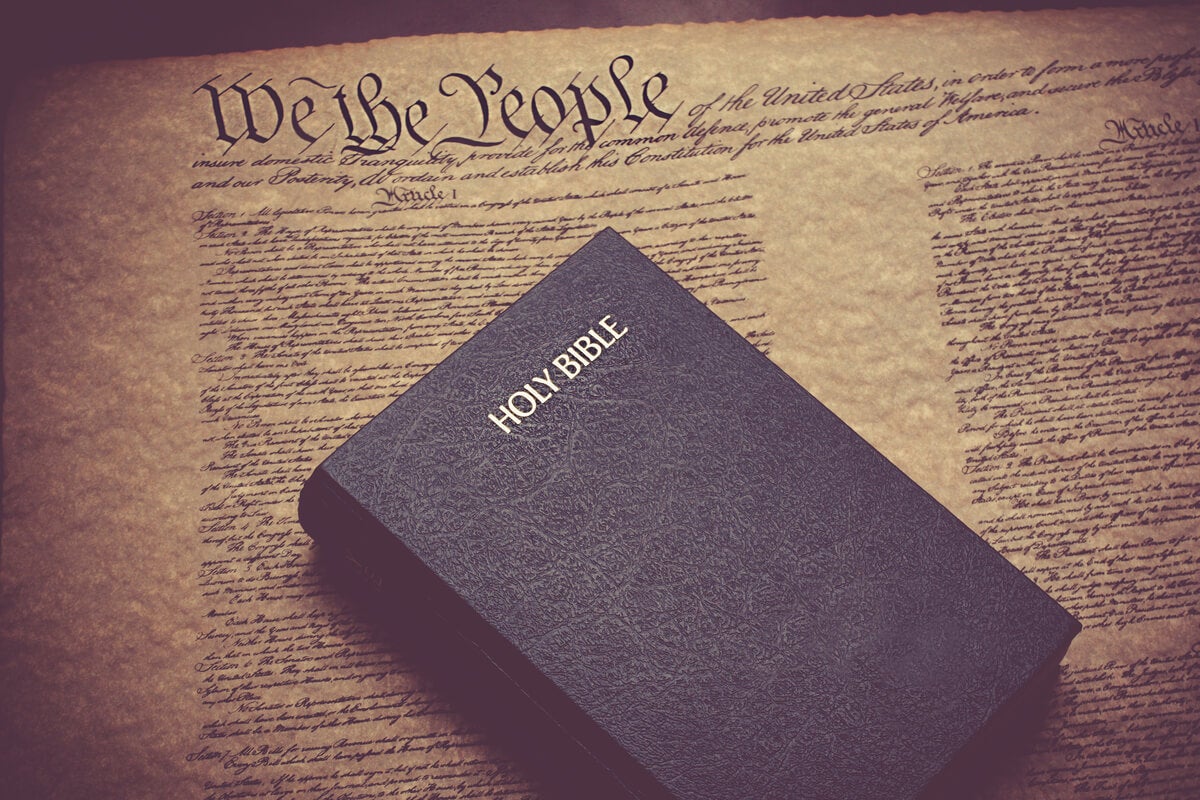 Anti-religion organizations like the Freedom From Religion Foundation (FFRF) and the American Civil Liberties Union (ACLU) claim that the proclamation violates the Constitution, and are threatening to sue Branstad.

But according to constitutional attorneys at First Liberty, these organizations are wrong. Here are four reasons why:

Branstad isn’t the only government official to issue a faith-based proclamation. As First Liberty attorneys Kelly Shackelford (President and CEO) and Stephanie Phillips wrote in an op-ed for the for the Des Moines Register, President George Washington encouraged Americans to pray in thanksgiving in 1789.

President Obama has called on Americans to pray multiple times, the most recent being his statement following the tragic mass shooting in Orlando last week. During his remarks, he asked Americans to pray for the victims and their families, “that God give them the strength to bear the unbearable.”

Nearly every United States president in between has issued faith-based proclamations or calls to prayer.

According to the proclamation, Iowans are encouraged to participate in the marathon—but not compelled by any force of law. By simply encouraging citizens to participate in an event, Branstad has done nothing wrong.

Iowa’s governor has previously issued proclamations on a wide variety of subjects. According to Shackelford and Phillips, “Under the law, executive officers do not have to remain silent about religion.”

Organizations like the ACLU and FFRF do not have the right to censor the governor’s speech.

Anti-religion organizations like FFRF have a history of suing government officials over faith-based proclamations. And in the past, both federal and state courts have dismissed such lawsuits.

In their op-ed, Shackelford and Phillips recount how FFRF sued President Obama in 2011 for his Presidential National Day of Prayer Proclamation (a decades-old national tradition). But a federal appellate court ruled that FFRF could not file a lawsuit over the proclamation simply because it offended them.

The Colorado Supreme Court also struck down a challenge to a state prayer proclamation in 2014.

As the First Amendment of the Constitution states, “Congress shall make no law respecting an establishment of religion, or prohibiting the free exercise thereof.”

By issuing a Bible-reading proclamation, Branstad has violated neither of these clauses.

The First Amendment does not prohibit government officials from speaking about religion, nor does it prohibit the recognition of America’s religious heritage.

FFRF Co-President Gaylor claims, “We have a godless, secular Constitution. There’s no Bible in it.” But even at the Constitutional Convention in 1787, Benjamin Franklin recommended beginning congressional sessions in prayer:

“I will suggest, Mr. President, that propriety of nominating and appointing, before we separate, a chaplain to this Convention, whose duty it shall be uniformly to assemble with us, and introduce the business of each day by and address to the Creator of the universe, and the Governor of all nations, beseeching Him to preside in our council, enlighten our minds with a portion of heavenly wisdom, influence our hearts with a love of truth and justice, and crown our labors with complete and abundant success!”

Since then, each United States Congressional session has opened in an invocation—a practice that continues to this day. And that’s not the only place where America’s religious heritage is recognized.

America’s National Motto states what Francis Scott Key penned in 1812, and what was printed on our currency during the Civil War–“In God We Trust.”

The Declaration of Independence acknowledges that the unalienable rights we prize—rights to life, liberty, and the pursuit of happiness—are unalienable because they are bestowed to all human beings by the Creator.

When tragedies occur—whether natural disasters or acts of terrorism—presidents and governors often implore their fellow citizens to lift the victims up in prayer.

In issuing a proclamation that encourages Iowans to read the Bible, Branstad has done nothing inconsistent with America’s history of religious speech and recognition.

First Liberty’s Deputy Chief Counsel Hiram Sasser summed it up in a statement to The Daily Signal:

“The governor has every right to issue this proclamation. These types of proclamations have been issued by governors and presidents since the days of George Washington and Abraham Lincoln. Whenever courts are asked to address these proclamations, the courts have routinely thrown the cases out because, since no one is injured by them, no one has standing to sue over them. So Gov. Branstad’s proclamation is beyond judicial question.”