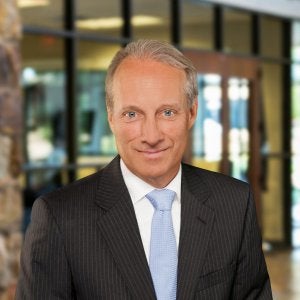 Mr. Shackelford was named one of the 25 Greatest Texas Lawyers of the past quarter century by Texas Lawyer, and is the recipient of the prestigious William Bentley Ball Award for Life and Religious Freedom Defense for his leadership and pioneering work protecting religious freedom.

Mr. Shackelford is on the Board of Trustees of the United States Supreme Court Historical Society. He has been featured in the National Law Journal, Associated Press, The New York Times, The Washington Times, The L.A. Times, and many others.

In the game of football, a Hail Mary pass is a desperate, last-ditch attempt to salvage a win by throwing a long pass downfield in hopes it will be caught for a touchdown. It rarely succeeds. In early May, an unprecedented leak of a Supreme Court draft opinion set off roiling left-wing protests when it indicated the infamous Roe v. Wade ruling on abortion might be reversed.

After weeks of waiting, President Joe Biden announced on Friday that he will nominate Judge Ketanji Brown Jackson to the U.S. Supreme Court to succeed retiring Justice Stephen Breyer. If confirmed, Americans can expect a Justice committed to continuing her career of liberal activism on the bench.

Shortly after taking office, President Joe Biden created a Presidential Commission on the Supreme Court of the United States. The commission appeared to be political cover for those on the Left hoping they could reshape the U.S. Constitution to secure the Left’s political gains of 2020. They have, thus far, failed to convince the American people to change anything, let alone remaking the Supreme Court to suit their ideological purposes.

As the Supreme Court of the United States returns to in-person arguments, the only audience allowed will be on the other side of live-streamed audio. All ears will be tuned to One First Street, NE, as the justices consider several cases impacting our constitutional rights.

Supreme Court Justice Stephen Breyer has been making the rounds on his book tour this summer, fielding uncomfortable questions about why he hasn't quit his job and fending off demands from the Left to "pack the court."