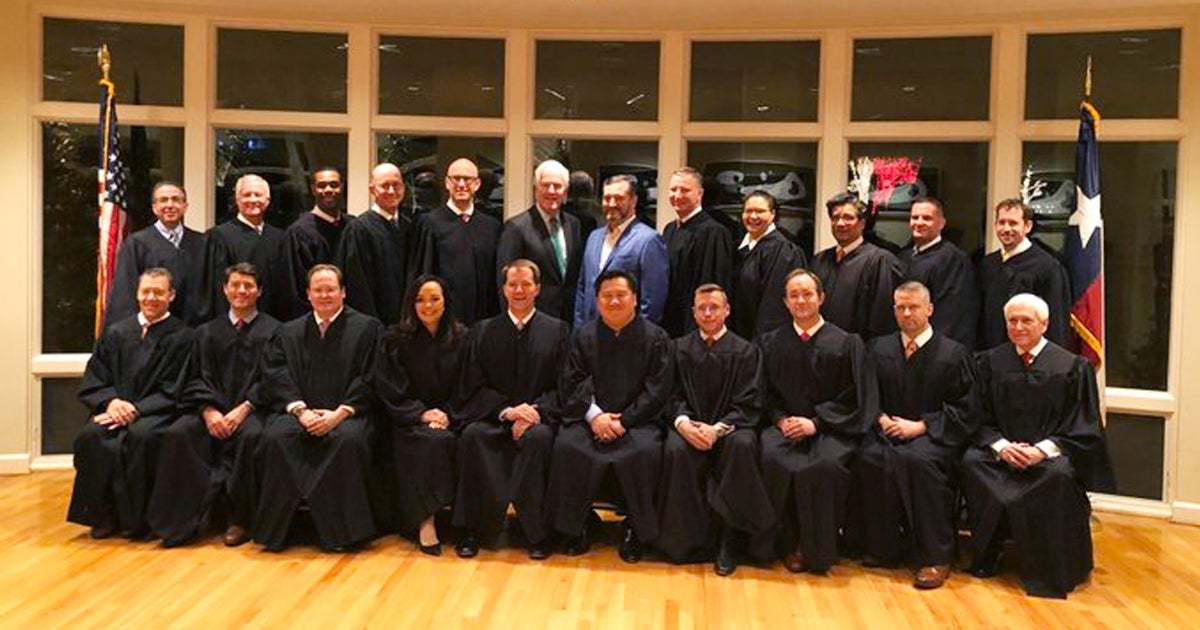 In 2017, at the beginning of the current administration, Texas was among the states with the highest number of judicial vacancies.

Today, however, the federal bench in the Lone Star state is slightly more crowded.

So far, the U.S. Senate and the administration have worked together to confirm seventeen judges to the federal district courts in Texas, and three judges to Texas spots on the U.S. Court of Appeals for the 5th Circuit.

Because of the unprecedented pace of confirmations that has taken place over the last three years, only one vacancy remains to be filled, a seat in the Southern District of Texas, for which one nominee is currently pending.

More noteworthy perhaps, is the fact that the 20 empty slots in Texas were filled with nominees who represent a new generation of conservative judges—many of whose records show they will interpret the Constitution according to its original meaning and protect religious freedom as America’s Founders intended.

Let’s take a deeper look at what kind of impact these judges will have in safeguarding religious liberty in Texas, across the entire 5th Circuit and for people of faith nationwide.

Will you consider giving to First Liberty Institute today?

Only a few months after being confirmed to the 5th Circuit Court of Appeals, Judge James Ho handed down a poignant opinion in a case involving the Texas Conference of Catholic Bishops, which was ordered to hand over 6,000 pages of its internal correspondence as part of a discovery process.

Judge Ho—who was one of the most active volunteer network attorneys with First Liberty Institute—held true to his originalist reputation, stating:

“It is hard to imagine a better example of how far we have strayed from the text and original understanding of the Constitution than this case. The First Amendment expressly guarantees the free exercise of religion…[It’s] with regret that the relief we grant today is even necessary”.

And Judge Ho isn’t the only appellate judge who’s brought a wealth of experience and a proven record in defending religious freedom.

Judge Kyle Duncan, who is now the appointed judge to a Louisiana seat on the 5th Circuit, was the lawyer who represented and won a victory for a faith-based company in Burwell v. Hobby Lobby. To refresh your memory, this was the landmark U.S. Supreme Court case that affirmed the government cannot force businesses to cover contraceptive services if owners object based on their sincerely-held beliefs.

Beyond the circuit level, we can also see that the bench is deep in the district courts that fall within the 5th Circuit’s jurisdiction, where a number of pro-religious freedom judges have been confirmed.

For example, Judge Matthew Kacsmaryk currently serves in the U.S. District Court for the Northern District of Texas. As a former FLI Deputy General Counsel, Judge Kacsmaryk’s record on religious freedom is abundantly clear. Additionally, his appointment to the federal bench is an historic milestone, as Kacsmaryk is the first confirmed judge who’s gone directly from a nonprofit religious liberty law firm to the federal judiciary.

Just east of Texas, Judge Michael Juneau was appointed by the current president to serve in the U.S. District Court for the Western District of Louisiana. During his private practice, Judge Juneau devoted time to defend religious liberty as a volunteer attorney with the Alliance Defending Freedom (ADF), an allied nonprofit religious liberty legal group.

Two Vacancies to Help Solidify the Conservative Majority in Mississippi

While there is much to celebrate given that the current president has appointed multiple conservative, pro-religious freedom judges in Texas and Louisiana, there are several seats that remain vacant.

To date, the current administration and the Senate have yet to confirm a nominee to the federal district courts in Mississippi. However, the president has an opportunity to fill two vacancies in the U.S. District Court for the Southern District of Mississippi. If he remains consistent with his prior record of nominating proven judicial conservatives, the president can further solidify the majority of conservative judges in that district.

2020 is a critical year, when the stakes for our constitutional rights are at an all-time high. In order to continue reclaiming religious liberty in our country, it’s imperative that our federal judiciary be staffed with judges whose credentials, prior decisions and judicial philosophy reflect a deep respect for our fundamental freedoms, and who interpret the Constitution according to its original text.

By filling all the remaining vacancies (about 70) with textualist appointees, the president will have accomplished the remarkable feat of replacing 30% of the entire federal judiciary with judges that will protect and defend religious liberty for the next generation and beyond.

Reclaiming America’s judiciary starts by having judges who will go “Back to the Constitution.”

Will you join us in the effort to make sure we have judges committed to protecting religious freedom?

2020 may be the last window of opportunity First Liberty has to provide expert analysis on pro-religious freedom judges who will not displace your First Amendment rights in favor of “imagined” rights found nowhere in the Constitution.