A version of this article first appeared in the September 2015 edition of Liberty in Action, Liberty Institute’s quarterly print newsletter. 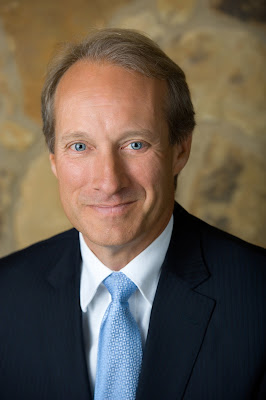 This is not the kind of America any generation has ever seen. Throughout 2015, the war for the survival of religious freedom in America has continued to escalate. In this intensified fight, the legal team at Liberty Institute has identified seven critical battles to restore religious freedom according to the vision of America’s Founders—with recent legal victories in each area. From my perspective as a religious liberties defense attorney, here is an overview of the battle:

#1 CONTINUE TO ELEVATE RELIGIOUS LIBERTY INSTEAD OF “SEXUAL LIBERTY”

The sexual revolution has threatened to elevate “sexual liberty” over constitutional religious liberty. Liberty Institute’s friend-of-the-court brief in the U.S. Supreme Court same-sex marriage case  helped give a silver lining to the verdict: language in the majority opinion reaffirmed the right of faith-based individuals to continue to advocate for traditional marriage. Since the June 26 decision, Liberty Institute attorneys have also used existing laws and court decisions to protect government officials who have conscientious objections to same-sex marriage, as well as provide legal advice to protect numerous ministries, churches, and religious schools. Unfortunately, this clash of “liberties” is just beginning, but by continuing to stand for your beliefs and by understanding your rights, there is hope.

The ACLU and others are trying to eradicate many monuments and veterans’ memorials that have religious imagery, falsely arguing such tributes constitute state-sponsored religion. Our Mt. Soledad Veterans Memorial Cross victoryadds to our list of wins. But that is not the end for these types of cases as other memorials remain threatened, and the Oklahoma Supreme Court shockingly has ordered a Ten Commandments Monument torn down.

#3 CHAMPION FREEDOM OF RELIGION FOR OUR MILITARY

For 250 years, open religion has been a key part of the U.S. military. For two decades, politically correct officials have eroded that role. But for the past two years, Liberty Institute has pioneered the legal defense of airmen, soldiers, Marines, chaplains and others—shifting the momentum of this legal battle in the right direction. Still, much work remains to be done. We are currently representing a Marine who has been court-martialed for taping a Bible verse to her computer screen. We are nearing a tipping point of historic consequence.

#4 PROTECT HOUSES OF WORSHIP AND MINISTRIES

Our legal team will expand (1) proactive protection, such as providing free of charge legal resources to guard against lawsuits, and (2) responsive measures such as legal defense in court when churches, synagogues and ministries are victims of discrimination. Our attorneys have already won—or are fighting—numerous legal battles for churches and synagogues under attack by government agencies.

One of the most escalating attacks on religious freedom is in the workplace, where people of faith are being fired for their beliefs. Liberty Institute has successfully protected several employees and businesses, including the recent victory for newsman Bob Eschliman. And we have sued Ford Motors and Fox Sports, with legal action against other employers. Our goal is to end the new attempts at marketplace and workplace discrimination against people of faith so that employers and the government respect religious rights.

Our legal team will defend prayer at public meetings, religious expression by public officials, and religious speech such as evangelism on government property and public events. We successfully defended “under God” in the Pledge of Allegiance. And we have brought in a volunteer attorney who has recently appeared twice before the U.S. Supreme Court to try to restore the right of public officials to pray before their meetings.

#7 STAND FOR STUDENTS AND TEACHERS

Liberty Institute continues to win cases, defending graduation prayer (including a case where a federal judge threatened to jail our 18-year-old female client because she wanted to thank Jesus Christ in her graduation address ) and other religious expression. We have successfully overturned attempts to ban a cross necklace, ban Bible verses in reports, ban religious clubs, ban Bible reading at free time, and we are currently defending the rights of a high school football coach who was denied a request for religious accommodation and then suspended for saying a private prayer after football games.  We will continue awareness efforts so that schools and students will know that their religious rights do not end at the doors of the schoolhouse.

Despite this year’s alarming escalation of hostility towards faith based individuals, Liberty Institute has won victories and/or made major progress in all seven of these areas, even in the last several months. Every Liberty Institute supporter has a role in these victories—and the victories to come in the ramped up war for our society’s future.

That’s the challenge of our times—of your lifetime and mine.

And when people ask how to make a difference, I answer with no sugarcoating. We must first remember that people died to secure these liberties for us. God gave the liberties to us—our forefathers had to fight, suffer, and many lost their lives to create and preserve a government that recognized these God-given liberties.

So we must solemnly resolve to never, never give up these freedoms, even if that requires courage and sacrifice. And we must wisely undertake very strategic, very high-impact responses in the courts and legal system.

As Thomas Paine wrote during the dark days of the American Revolution, “These are the times that try men’s souls.” Every generation since has faced a test of faith and freedom, and this is ours.