Many U.S. Presidents made religious freedom a priority, but here are seven who stand out as making crucial advances at pivotal moments. We honor them on President’s Day. 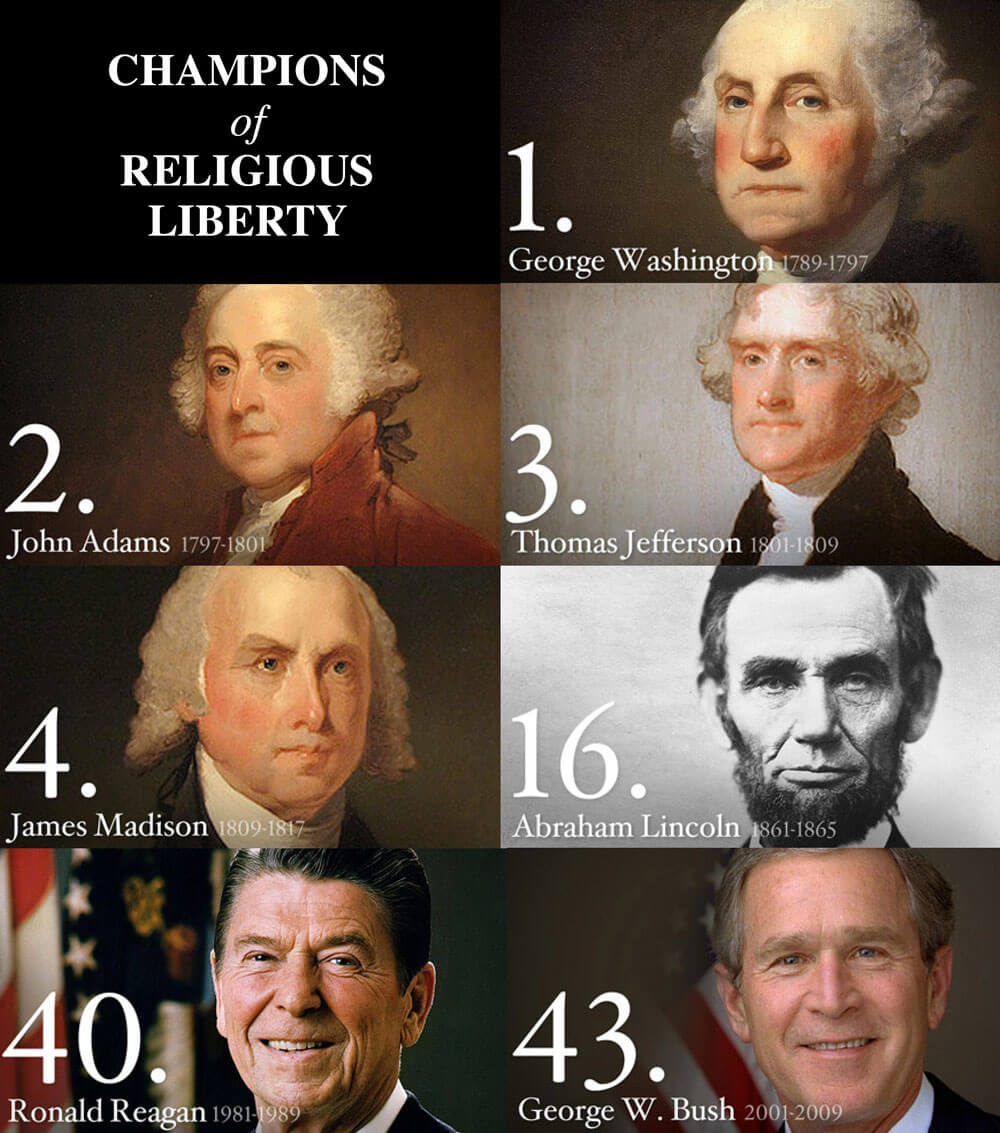 For most of American history, if your job title was “President of the United States,” then securing free exercise of religion was part of your job description.

But who did it best? Here are some candidates for “Champions of Religious Liberty” from the annals of the U.S. presidents.

Here is our Presidents Day Honor Role in chronological order: 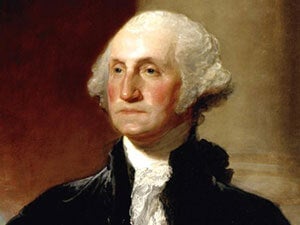 “The establishment of Civil and Religious Liberty was the Motive which induced me . . .” – George Washington, 1783

As an officer fighting for the British in the French and Indian War, George Washington requested chaplains for his troops, and was turned down. As General of the Continental Army, he got his chaplains—issuing strict and detailed orders.

Washington valued Christianity, but held to diversity and tolerance. For example, he reproached soldiers engaging in anti-Catholic behavior, and envisioned a nation where the government would encourage forms of religious exercise rather than restrict them.

As President, in 1790 he wrote to the Hebrew Congregation of Newport, Rhode Island assuring them that the government “gives bigotry no sanction” and “persecution no assistance.” He made similar assurances to Baptists, Quakers, and others. 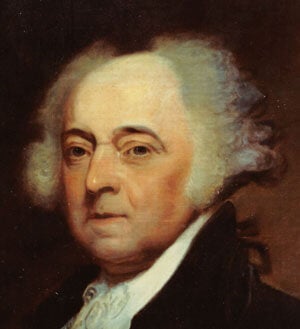 “Nothing is to be more dreaded than the national government meddling with religion.” –- John Adams, 1812

John Adams wrote extensively on theology and the movement of the Spirit of God in history, to which he attributed the birth of America.

“Let the pulpit resound,” he wrote in his Dissertation on the Canon and Feudal Law in 1765, “with the doctrine and sentiments of religious liberty. Let us hear of the dignity of man’s nature, and the noble rank he holds among the works of God . . . . Let it be known that British liberties are not the grants of princes and parliaments.”

But when the British “princes and parliaments” did encroach on liberties Adams saw as exclusively the domain of God, he supervised the Declaration of Independence that began by stating that all rights come from God. 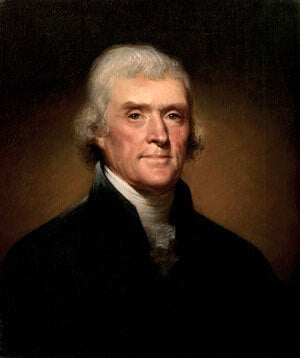 “We hold these truths to be self-evident, that all men are created equal, and that they are endowed by their Creator with unalienable Rights,” –- Thomas Jefferson, Declaration of Independence (principal writer), 1776

The debate over Thomas Jefferson’s alleged deism obscures three more important facts about his role as a champion of religious influence and religious liberty:

First, Jefferson was a strong believer in a personal God, and believed that to some degree God actively intervened in the affairs of men.

Second, Jefferson believed to a great degree in the tenets of Christianity, and had no problem with the federal government being informed by, and encouraging, Christian activity in society

Third, Jefferson was an adamant opponent of federal interference in religious activity—activity he saw as generally beneficial to America.

What, then, of his famous “wall of separation between church and State” phrase in his 1802 letter to the Danbury Baptist Association in Connecticut? When read in context, Jefferson is saying that the “wall” is to keep government out of interfering with religious free exercise—contrary to how the phrase is misused today. 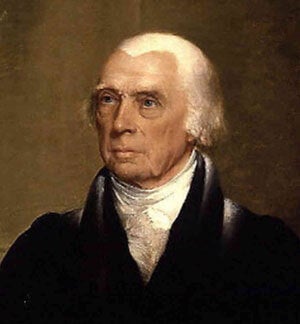 “The civil rights of none shall be abridged on account of religious belief or worship, nor shall the full and equal rights of conscience be in any manner, or in any pretext infringed.” — James Madison, 1789

James Madison is called the Father of the U.S. Constitution. He saw human government as resting on one’s view of human nature. His was biblical: Man was gloriously made in God’s image and endowed with worth, dignity, creativity, and rights. Yet man was also fallen and not to be trusted with power. From that view came our separation and balance of powers—all of which protect religious liberty. 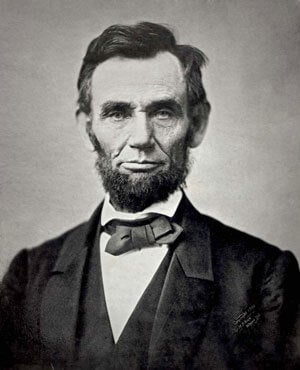 “He, from Whom all blessings flow, must not be forgotten. A call for a national thanksgiving is being prepared, and will be duly promulgated.” –- Abraham Lincoln, April 11, 1865

Lincoln might make the Honor Role on the strength of his Second Inaugural Address alone—essentially, a Christian sermon on God’s sovereignty given by a U.S. President from the steps of the Capitol, its words now etched in 40-foot high stone on the north wall of the most visited memorial in the nation.

Of this speech, Lincoln wrote to a journalist, “Men are not flattered by being shown that there is a difference of purpose between the Almighty and them . . . It is a truth I thought needed to be told.”

Lincoln advanced religious liberty by thinking theologically, expressing those thoughts, and living openly by them as a politician in the White House. The result was an example of religious influence in government that defies secular attempts to argue that religion and state are radically separate in U.S. history. 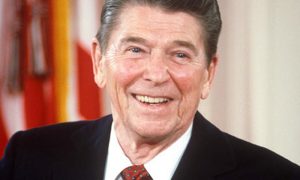 “Freedom prospers when religion is vibrant, and the rule of law under God is acknowledged.” – Ronald Reagan, 1983

Ronald Reagan was the first President who could be classified as a conservative Christian to serve in the era of secular modernism. As such, his strong push against secularism—and his success in turning his views into policy—was a major achievement for religious liberty.

Without Reagan, today’s religious liberty landscape would look quite barren. And his outspoken support of traditional moral values propelled religious conservatives with needed political tailwinds. “Without God,” he said, “democracy will not and cannot long endure.” 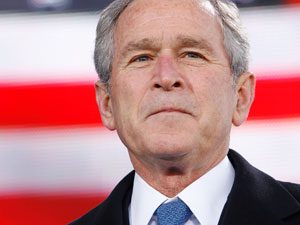 “Americans are generous and strong and decent, not because we believe in ourselves but because we hold beliefs beyond ourselves.” – George W. Bush, 2001

“Bush 43” merits honor because of the extreme secularist storm into which he, like Reagan, flew, and his mostly resolute response. Bush promoted religion as a positive influence on society which government should celebrate, assist, and not hinder—a view that drew the ire of the intellectual left and the hatred of many.

Along with rejecting the radical separation of religion and state, Bush nominated two key Supreme Court Justices—John Roberts and Samuel Alito—and many federal judges with solid views of religious liberty. Those judges are crucial today. His first Attorney General, John Ashcroft, was a staunch defender of religious freedom. And, Bush advanced the careers of key proponents of religious liberty in public policy.

Finally, the Bush administration was instrumental in holding back proposed laws that would have brought extreme hostility to religion into areas such as the military and the workplace.

Many presidents, such as John Quincy Adams, James Garfield, William McKinley, Theodore Roosevelt, Calvin Coolidge, John F. Kennedy, Jimmy Carter, and George H. W. Bush, were outspoken Christians who advocated religious liberty. Yet they either did not serve at a time of severe stress on religious liberty or did not make pivotal strides to advance it. The seven honored in this article stand out, and for that we are thankful.