75th Anniversary of D-Day: A Turning Point for America and for Freedom 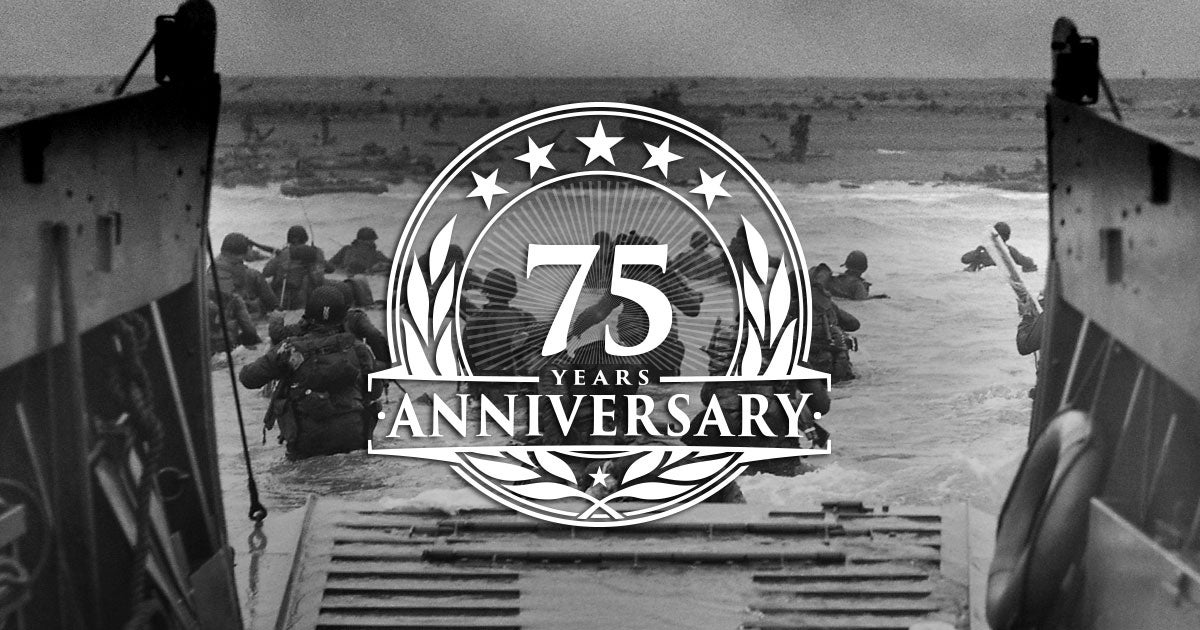 This year marks the 75th anniversary of D-Day, the Allied invasion of Normandy, a turning point during World War II. In spite of all that has passed in the three quarters of a century since the Allies made landfall on the shores of that beach, we will never forget the great effort and sacrifice required of the American people on that day.

At the outset of World War II, nearly five years before the D-Day invasion, Adolf Hitler’s war machine had been steamrolling through most of Europe with alarming speed and ferocity.

War-weary and recovering from the Great Depression, America attempted to avoid entering the war. That is, until the attack on Pearl Harbor, a stunning attack that shook our nation. Admiral Yamamoto of Japan reportedly said of the attack, “I fear all we have done is to awaken a sleeping giant and fill him with a terrible resolve.”

Yamamoto saw America as his enemy, but he also knew America was a formidable force that would soon respond. America, the sleeping giant, simply needed awakening.

During World War II, America, the sleeping giant, arose from her slumber. A powerful ally had entered the war and was ready to strike back. But it wasn’t until June 6, 1944 that the war reached a turning point. It would take a grand strategy to go on offense. General Dwight Eisenhower led the meticulously planned “Operation Overlord,” which required detailed coordination from several nations. The plan was to take back what had been lost. It would require fighting from the air, land, and sea, not to mention the weapons, men, animals, ships, planes and vehicles on a scale never before witnessed in human history.

Such a turning point also required prayer. President Franklin Roosevelt prayed on June 6, 1944, “Almighty God: our sons, pride of our Nation, this day have set upon a mighty endeavor, a struggle to preserve our Republic, our religion, and our civilization, and to set free a suffering humanity….”

It’s easy to see the parallels between that time in history and our own. The increase in religious hostility has been alarming, and opponents seem to rack up victory after victory.

Americans of all faiths have been shaken by the many setbacks experienced in our courts, our legislatures and our public squares. Like me, thousands upon thousands who cherish religious freedom grow weary of being constantly attacked for living out our faith.

But we are not alone. First Liberty Institute is a powerful ally in this fight.

With you and thousands of supporters, we at First Liberty Institute are engaged in a historic fight for religious liberty during a key turning point for our nation. And similar to the Allies, we’ve been carefully planning a strategy to go on the offensive and take back the freedoms that have been usurped.

D-Day was a turning point during World War II, but it was not the end. The war in Europe would rage on for many months. The Allies had to seize the initiative created on D-Day. Victory would require intense action and follow through.

As we pause to remember the incredible sacrifice made by so many 75 years ago, we are reminded that we too must seize the historic opportunity before us. Whether it is the appointment of conservative federal judges committed to the Constitution, or the defense of business owners, teachers, coaches, veterans and hundreds of others who are living out their faith in the face of great opposition, the opportunities to fight and win are incredible.

First Liberty Institute has been first in the fight in each of the areas, and with the momentum on our side, we need you and all our allies now more than ever. We cannot win by ourselves. With your ongoing support, we can harness the resources, experience, firepower, personnel and prayer to ensure an ultimate victory for religious freedom in America.

This month, we’re celebrating the 30 most important victories of 2019 for religious freedom both in and out of the courtroom. Your help is vital to this work. Give now and join us in the fight to protect religious liberty for all Americans.