A Millennial’s Perspective: Look Up

As America rapidly changes, our most important freedoms are slipping away. It’s time for my generation to look up from their smart phones, recognize the danger we’re in, and take immediate action. 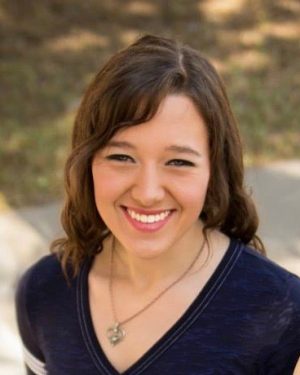 In America, we are introduced to the concept of freedom and liberty at an early age. We are surrounded with red, white, and blue as we learn about what distinguishes America from other countries around the world. When we hear the word freedom, the stars and stripes of the flag appear in our minds, and visions of baseball games and all things considered “American” dance in our heads like sugar plums. More importantly, we are taught about the important freedoms found in our Constitution—like the freedom to choose our leaders, the freedom to speak our minds, and the freedom to express our faith.

Today, the portrait of America is vastly different than it was during the years of our parents and our grandparents, And while other generations pin the millennials as obsessed with phones and technology, not paying attention to the real world in any real detail, I sometimes catch myself wondering what it would be like to have lived in those days instead of today.

A Changing World — What Does it Mean for Religious Freedom?

To many Americans, our nation’s progress and change could be measured by the skyrocketing number of new phones, cars, and the latest gadgets and apps released each year. Our society thrives on consumption and our need to be constantly entertained. People are always seeking the next best thing, the fastest way to make money and become the millionaire we are told we can all be by simply following the “American Dream.”

However, in the midst of all this change, something else is also changing, and many are finally looking up from their screens to glance around at what’s happened to our world. Finally, we are starting to notice that our nation’s founding principles and freedoms we were taught to love and respect are being cast aside and overturned. No longer is this the America of free speech and freedom of religion. Today, people are coming under attack from all fronts for simply speaking about their religious beliefs.

As a conservative millennial, I fear greatly for the world my future children will grow up in. Because of my faith, I personally believe that marriage is between a man and a woman, and that abortion is not the answer to an unwanted child. I believe that religion and families are the bedrock of our society. But now, I wonder if my family or I will be marginalized because of those beliefs in the future.

Today, people are being fired, penalized, threatened, discriminated against, and ruined for simply speaking and living according to their religious beliefs.

The United States has been called “The Great Experiment” because when the Founders created our system of self-government, no one knew if it would truly work. But, the Founders had faith—faith that, in the hands of a moral and virtuous people, the country could be self-governing. What has changed?

From Free to Marginalized

American has forgotten its religious heritage. Rather than recognizing the value of religion in society, we are pushing people of faith to the outskirts. Instead of placing our faith in something greater than ourselves, we place our faith in money and selfish pursuits. Rather than caring about the next president’s character and virtue, we care only about their previous positions and worldly success. While that is important, it isn’t very impressive if they schemed their way to the top.

As a millennial, I look at those around me and it’s true—many of us (myself included) spend a lot of time on our phones and computers. But as we do that, we are letting our freedoms—the very ones we were taught to honor and uphold—disappear into the wind without so much as a glance up.

As a conservative, I am concerned about what my future children will learn in school. Will I have to homeschool them? Will I have to send them to private religious schools? Will I be able to afford private schools? Will those schools even still be legally permitted to teach in accordance with the faith and beliefs that I was raised with?

The rights of people of faith are coming under very hostile attack and the religious liberty that our Founders held dear is now being erased from the public sphere.

Millennials, We Must Act Now

If my generation wants to continue to live in the America we know from our childhood, we need to step up. We should not be living behind a phone or computer screen, seeing headlines about corruption and then swiping to the next thing thinking that it’s someone else’s battle to fight. We should be the ones taking a stand, defending the rights and freedoms that our grandfathers and great-grandfathers fought to establish and protect. If we don’t do something now, our nation will be lost, and our children will never know what it means to truly be free. The freedoms fought for by our ancestors will no longer be those of the present, and the closest our children will ever get to such freedoms will be through the pages of their history books.

Christine Roe is a senior at Southern Methodist University where she is majoring in Public Policy and Political Science and earning her minor in Law and Legal Reasoning. Christine previously interned with First Liberty Institute.