Hear Coach’s Heart: A Personal Side of Coach Joe Kennedy Like You’ve Never Heard Before 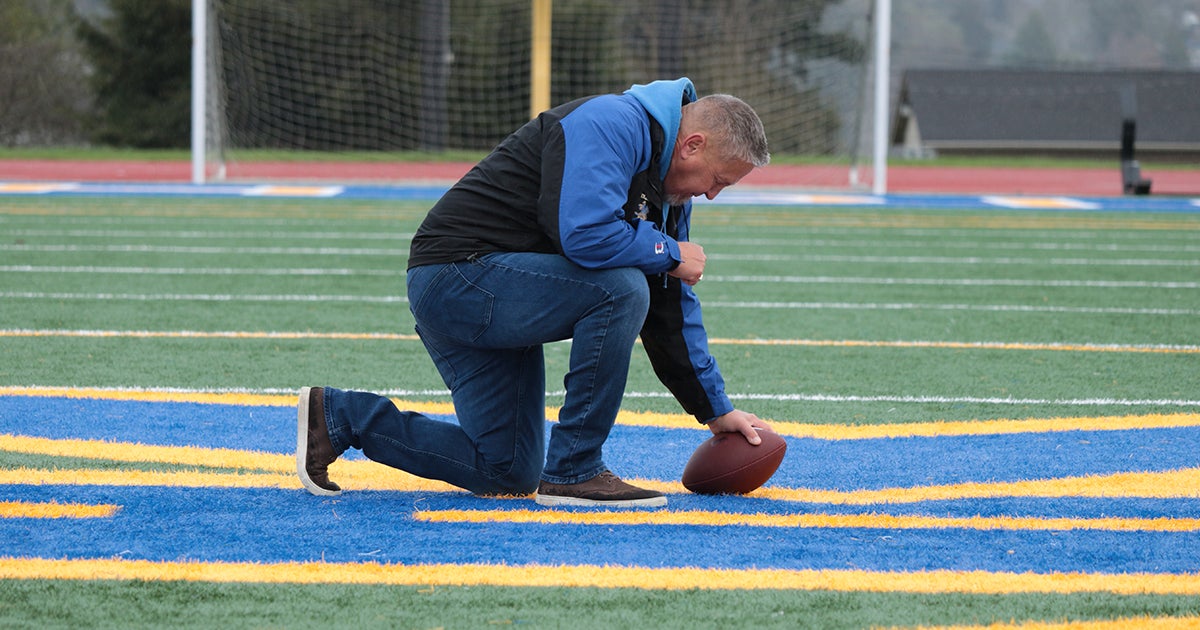 If you’ve followed First Liberty for any length of time, you likely know the story of Coach Joe Kennedy.

Many of you may know him as the high school football coach who was fired because he took a knee for a brief prayer on the 50-yard line after games.

But there is so much more to Coach Kennedy. His story is one of resilience, courage, and perseverance.

After a difficult childhood that included moving in and out of foster homes, Coach Kennedy sought discipline and stability, which led him to serve his country in uniform in the U.S. Marine Corps for 20 years. But his military service was only the beginning, you could say. Coach Kennedy’s commitment to serve his country and community continued when he became a beloved coach to high school athletes on the football field.

And now that Coach Kennedy is facing what could be the final stretch of a five-year-long legal battle for his religious freedom, it’s clear that the many adversities he’s faced in life helped prepare him to take a bold stand not just for his constitutional rights, but for the rights of all Americans.

Watch the video below, a look into a whole new side of Coach Joe Kennedy’s story like you’ve never seen before:

In case you haven’t had an opportunity to hear about Coach Kennedy’s military service (including his two deployments overseas during Operation Desert Shield and Desert Storm), below is an exclusive Insider’s interview detailing how Coach Kennedy’s 20-year career in the Marine Corps molded him and gave him the courage to never back down:

Q: Why did you make the decision to join the Marines?

A number of things. I had an uncle who’d served in the military. And he was one of my role models growing up. He was a “man’s man,” the John Wayne type. He was a big guy with a booming voice. I really looked up to him and wanted to be like him.

As a kid I was always told that I wasn’t going to amount to anything, or that I’d end up in jail, or not contribute anything to society. And I needed discipline. I needed to find my way in life. So I joined because I wanted to see what I was capable of. I wanted to push myself to the limit and to be a part of something greater than myself.

Q: How did your experience in the military influence your approach as a coach?

Everything I did as a coach was based around team building and leadership. To me, these young guys weren’t just X’s and 0’s. I wanted to build young men who were disciplined. I held them accountable and gave them a lot of tough love. I wanted them to grow. Many of them would probably tell you I was the nicest, but at the same time, the scariest person they knew.

Q: As a veteran who fought to defend freedom, how did it feel when your religious liberty was attacked?

I couldn’t believe that after 20 years of serving and protecting the Constitution they would tell me that my rights didn’t matter because I was a public employee. And as a Marine, I knew I had to fight. I always told the young men whom I coached to stand up when adversity came their way. I had to be a leader to them and live up to what I said. So I wasn’t going to back down–and that comes from being a Marine.

Q: What would you say to those Americans who face attacks on their rights and freedoms today?

As a Marine, I’ve always stood up for what I believed in. And I believe and fought to defend the U.S. Constitution because I’m passionate about everybody’s rights. So I would say, be bold and take a stand. You don’t have to hide your faith. Your rights are your rights. It’s so important to stay in the fight, because if one of your First Amendment rights is taken away, then the others will fall also.