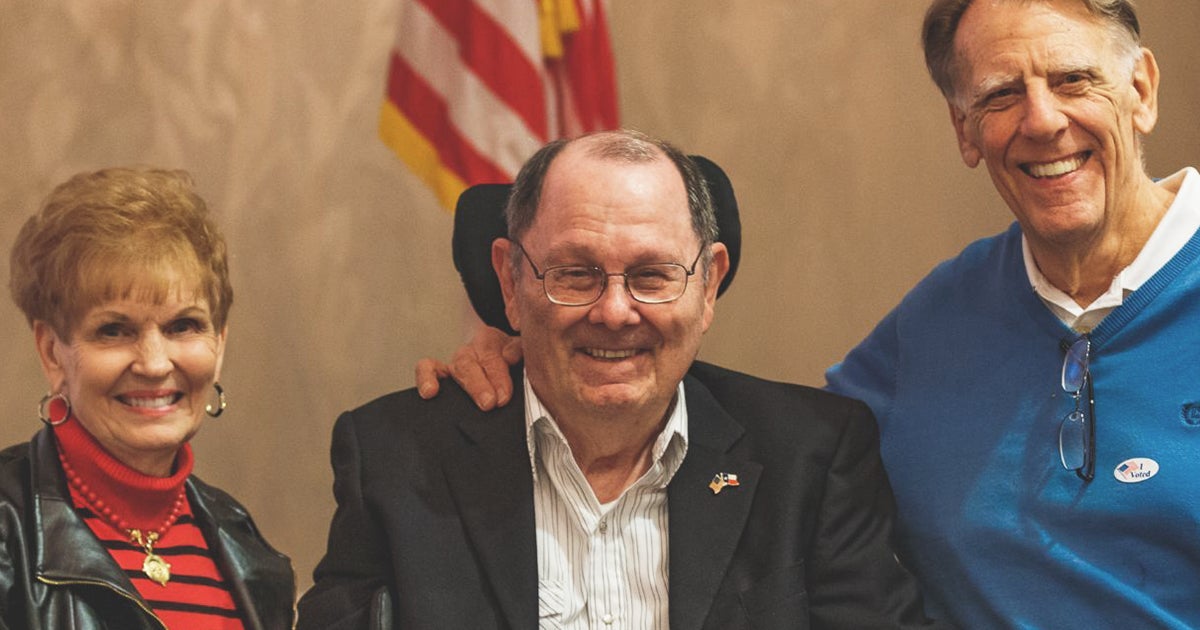 On Good Friday, First Liberty lost a dear friend—a true American patriot to whom we owe a great debt of gratitude. Without him, First Liberty would not exist as we know it today.

We remember and honor Richard Ford, one of our organization’s co-founders, who passed away after battling with multiple sclerosis. Richard was an influential voice and a passionate advocate for faith and freedom. He’s widely regarded as one of our country’s most distinguished conservative leaders. He leaves behind a wife, two daughters and seven grandchildren.

Richard served in the U.S. Coast Guard Reserve and, after retiring from the service, led a successful career as a real-estate broker. Richard credits his real estate business partner, John Maisel, as being a model for teaching him to live out his faith authentically and to share it with everyone.

His love for God and country soon led him to pursue different ventures. In particular, he was passionate about working for God’s kingdom and being more active in civic engagement.

Richard understood that Americans have a civic responsibility to vote, yet many lacked the resources to do so. He wanted to help people of faith steward their citizenship and guide them through the voting process. He dedicated his life to serving God by helping fill that void.

Through the years, Richard founded several organizations committed to this mission. Those include the Free Market Committee and the Free Market Foundation. The latter—now known as Texas Values—was formed to focus on research and education for free enterprise, limited government and traditional family values and became the model for the state Family Policy Councils of Focus on the Family.

He founded iVoterGuide, an organization that equips millions of voters with high-quality resources and information on candidates and elections. This year, they will research more than 12,000 candidates in 35 states with expanded coverage of key local school boards.

Kelly offers a touching remembrance of his relationship with Richard:

“Richard Ford was one of the most loving Christian men I’ve ever met. At the same time, he was courageous and a pioneer in the area of the intersection of Christian values and a government that must be accountable to its citizens. I will miss him greatly, but have no doubt where he is and that he is full of joy.”

“Richard Ford hired me when I was fresh out of college and on fire to protect religious freedom in America. Richard opened the door to my chosen career path, which has culminated in the position I hold now at First Liberty. Far beyond that, he was used by God to begin an endeavor that today protects and defends American citizens who are, unbelievably, being persecuted and punished for their faith. Richard was a visionary and an influencer, and his impact continues even now.”

Of course, they’re not the only ones who admired Richard. Here are just a few among many comments by those who remember the impact he made in their lives:

“In loving memory of a wonderful Godly man. I did not have the opportunity to physically meet Richard until Jan 2021 at our team-building retreat in Dallas; however, he has been a hero of mine since I learned of his founding of iVoterGuide.com in 2010. What a heart for Christian voters. He will be sorely missed.” – Debbie

“Richard Ford was the embodiment of a cheerful warrior and a faithful servant. He was quick to offer encouragement and share deeply from his experiences. Despite his struggles with Multiple Sclerosis, he counted each day as a blessing – and encouraged everyone he met to do the same. Every conversation with Richard was a true blessing.” – Michael

“Richard Ford was one of the godliest people I have met. Richard was very sweet natured and taught me a lot about the value of prayer. Working at iVoterGuide under the leadership of Richard Ford has been one of the greatest blessings I have experienced in my lifetime.” – Nicolas

“Richard was in both deed and word a prince among men. I could write a 4 page eulogy to just the things I witnessed in the years I worked for him…He is one of 2 men I have known in my life who impacted and discipled me by just watching him live out his faith. He impacted many lives and left the world better than he found it.” – Johanna

Though he could not physically stand, Richard stood as a stalwart example of sacrifice, servant-leadership and faithfulness. While he leaves behind family and friends, he also leaves an outstanding legacy. His example will long endure and inspire others to lives of steadfastness, civic responsibility and service.

Thank you, Richard, for your dedication, your passion and for the many decades of selfless service to our country. At First Liberty Institute, you will always be cherished and remembered.