At any minute, the U.S. Supreme Court could issue a response on some of the most important cases of our time regarding legislative invocations. 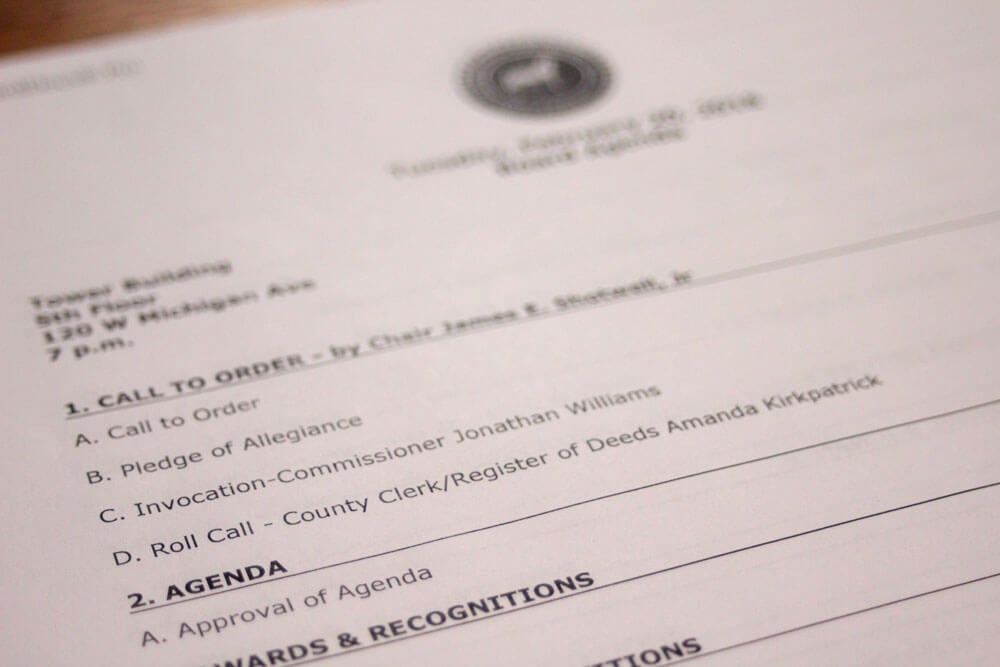 Are secularists trying to revise American history? It seems that way based on their relentless assault on legislative invocations – a centuries-old tradition that dates back to before the founding of our great country.

In 2017, First Liberty won a resounding victory for the Commissioners of Jackson County, MI, at a hearing before the full panel of judges of the U.S. Court of Appeals for the Sixth Circuit. The Court affirmed that the Commissioners may open their meetings with invocations, consistent with the First Amendment and Supreme Court precedent.

At the same time, First Liberty, along with David Gibbs, III of the National Center for Life and Liberty, and Alliance Defending Freedom represents the Commissioners of Rowan County, NC, who were sued by the American Civil Liberties Union (ACLU) for beginning their proceedings with an invocation. The U.S. Court of Appeals for the Fourth Circuit invalidated Rowan County’s invocations.

To resolve the conflicting decisions, attorneys with First Liberty petitioned the U.S. Supreme Court to resolve this “circuit split.” In the coming weeks, the nation’s highest court is expected to announce whether it will once again take up the issue of legislative invocations.

Will invocations continue to be a traditional part of America’s character and identity?

Legislative invocations have been a central component of our American heritage for close to 250 years. Opening government meetings with an invocation is a practice dating back to at least the First Continental Congress, when a minister opened the meeting with a prayer.

After ratification of the U.S. Constitution, both the House of Representatives and Senate selected chaplains for their respective chamber. Each received an annual salary of $500.

Today, chaplains in both chambers of Congress pray or offer an invocation at the beginning of each day’s sessions.

Just like America’s very first Congress – as well as the current Congress and every Congress in between – Jackson County and hundreds of other legislatures across the country are simply following in the footsteps of a time-honored tradition.

APPROPRIATE FOR THE OCCASION

Opponents of these invocations are asking the court to force the government to censor the prayers of elected officials. That’s a dangerous path.

Censorship is not a part of our tradition and values. Contrary to what opponents say, when Commissioners deliver an invocation, they do so according to the dictates of their own conscience, personal beliefs, values, and concerns. As the Supreme Court has said, the purpose of these invocations is to “lend gravity” to the business of governing and “accommodate the spiritual needs of lawmakers.”

Who better to lead these invocations than the lawmakers themselves?

“The U.S. Supreme Court ruled previously that prayers before public meetings are constitutional, even when led by public servants,” said Kelly Shackelford, President, CEO, and Chief Counsel at First Liberty Institute. As Justice Kennedy explained in Town of Greece v. Galloway, these prayers are meant for the lawmakers themselves. We should not censor America’s history and tradition that the Supreme Court already upheld on two occasions.

Since the Colonial era, federal and state legislators have conducted invocations preceding official business as a way of meeting their spiritual needs as lawmakers. In Jackson County – for example – an opening invocation is carried out so that Commissioners will take time to focus before their deliberations and decision-making in order to promote the well being of the County and its residents.

‘UNITED IN A COMMUNITY OF TOLERANCE AND DEVOTION’

As Justice Kennedy said in his majority opinion in Town of Greece v. Galloway:

“From the earliest days of the Nation, these invocations have been addressed to assemblies comprising many different creeds. These ceremonial prayers strive for the idea that people of many faiths may be united in a com­munity of tolerance and devotion. Even those who disagree as to religious doctrine may find common ground in the desire to show respect for the divine in all aspects of their lives and being.”

The Supreme Court’s imminent response to the Jackson County case has serious implications. Not only will the court decide whether Jackson County’s Commissioners are allowed to continue to deliver their own invocations, but the court’s decision will also determine whether hundreds of county commissioners, city councils, or school boards across the country will be able to continue that tradition of prayer prior to their meetings as well.

If the opposition prevails, our nation’s venerable legislative institutions will suffer a devastating blow. The stakes could not be higher. That is why First Liberty hopes to continue to defend the heritage, history, and tradition of legislative invocations before the U.S. Supreme Court.