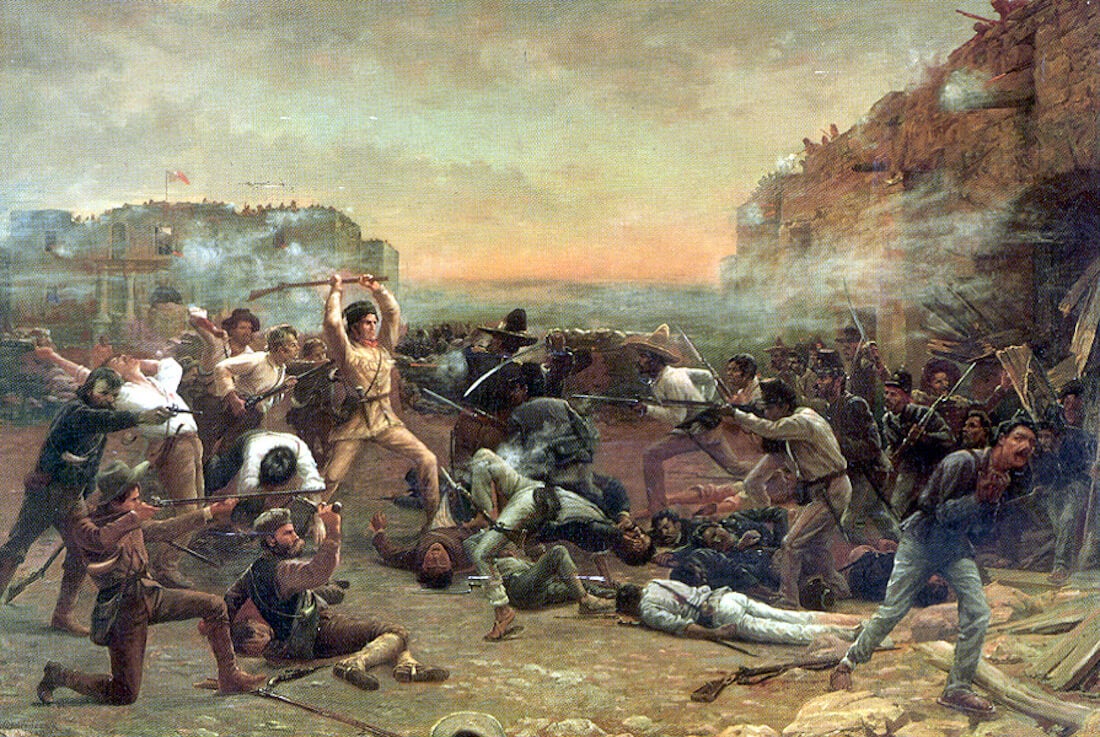 For thirteen fateful days in March of 1836, nearly 200 defenders spilled their blood in a ferocious fight for liberty at the famous Alamo mission site in San Antonio.

For Texans, and indeed all Americans, the Battle of the Alamo has remained one of the most iconic events in our nation’s history, where men, women – and even children – demonstrated unparalleled bravery by taking a courageous stand for independence.

Today, 182 years later, “Remember the Alamo” continues to be a symbolic rallying cry of heroic resistance.

This year, however, a new type of conflict loomed: whether the direct, bloodline descendants would be able to continue to conduct a memorial event to honor their brave, fallen ancestors.

In this Liberty Watch exclusive, we talked to Ms. Lee White, one of those descendants, who called on First Liberty to help put an end to this conflict.

Every year, Ms. White and nearly 300 members of the Alamo Defenders Descendants Association (ADDA) gather in the Alamo’s historic mission’s chapel to commemorate the heroic sacrifice of their ancestors. The ADDA’s ceremony is a longstanding tradition dating back more than two decades.

This year, it appeared that the memorial service would not be allowed to take place for the first time in 22 years. First Liberty responded first. First Liberty Counsel Chelsey Youman and Judicial Fellow Lea Patterson worked hand in hand with the ADDA and the new owners of the Alamo to facilitate communication and ensure that a mutual agreement was reached.

In the end, First Liberty’s pre-emptive action preserved the right of ADDA members to honor their ancestors according to a ceremony of their choosing without a legal battle.

And that means that the Alamo can continue to be a symbolic memorial of the courageous defenders who stood up for their liberty and paid the ultimate price.

HONORING THE SACRIFICE OF THE FALLEN

A longtime ADDA member, Ms. White spoke to First Liberty about the role that the Alamo plays in helping us remember America’s fallen heroes.

“When you look at the Alamo, you see the famous chapel – an iconic image known around the world. But this is more than a historic site,” Ms. White explained.

“It’s about the spirit of those who died here. The story of the Alamo is bigger than the building. It’s about people who came together from different backgrounds – from lawyers to painters – who gathered for one moment in history to fight for something in which they believed.”

The Defendants Association – and thousands of veterans’ families across the country – recognize the Alamo and other similar memorials as places where Americans can honor and reflect on the sacrifice of those who served to preserve liberty.

But as Ms. White’s case shows, challenges can – and do – occur even against some of our most sacred sites or monuments. Even worse, opposition often affects more than just the monument or a ceremony. It is a direct affront to the families of our fallen heroes, as well as the cherished traditions and values of our country.

STAYING STRONG IN THE FIGHT

In the past, First Liberty has successfully defended veterans memorials, including the rights of veterans’ families to honor their fallen relatives.

But the defense of veterans memorials continues.

Currently, First Liberty is litigating one of the most significant cases regarding veterans’ memorials. The Bladensburg WWI Veterans’ Memorial in Maryland is under impending threat of demolition following an outrageous court ruling from the U.S. Court of Appeals for the Fourth Circuit that declared it unconstitutional!

If the Bladensburg Memorial is torn down, what kind of message does that send? To put it bluntly, it sends the horrible message that these 49 fallen heroes of Bladensburg are not worth remembering.

The timeless adage – “Remember the Alamo!” – has now come full circle. It reminds us that the sacrifice of the San Antonio defenders should never become a footnote in history. It also sends a broader message that Americans should “remember its heroes” for all times.

That’s the very reason First Liberty continues our fight to preserve and protect all veterans memorials across our great land today.