Despite Gov’t Officials Using Regulations to Crush Religious Freedom, All Is Not Lost (At Least Not Yet) 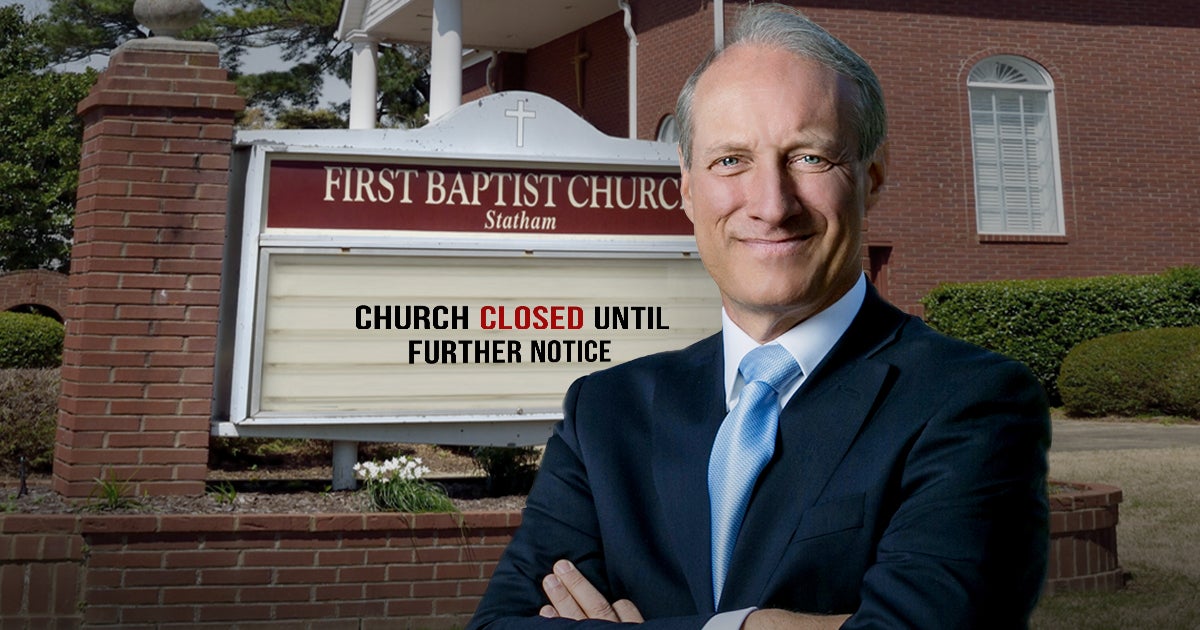 Historically, religion and its adherents have been often oppressed by government. By contrast, America has been singular in its dedication to preserving the freedom of its people to expect and experience religious freedom. That is now rapidly changing.

The number of violent attacks on churches and church gatherings witnessed in recent months is unsettling. Protesters and rioters across the country have decapitated statues of Jesus, desecrated images of the Virgin Mary and vandalized monuments to a Jesuit priest. Churches—in Washington, D.C. and California—have been set ablaze as “symbols of oppression.” Fire, chain and boot are the tool and trade of a culture laying siege to religious freedom.

Using the pandemic as an excuse, elected officials have threatened to permanently shut down synagogues, banned drive-in church services and forbidden singing or chanting in religious services, while decreeing that massive protests with shouting and singing are allowed.

Add to these the toxic comments of leading newspapers recklessly blaming churches for the spread of COVID-19.

A nation truly committed to religious freedom would, in a time of national crisis, welcome the essentiality of religion’s exercise—not ban it.

The data reveal the breadth of the siege. According to a four-year study on the topic by pollster George Barna, a belief exists—among Americans—that religious freedom is on the decline in the land of the First Amendment. Americans join their global neighbors, according to the Pew Research Center, in observing a global downgrade in religious freedom. Religious freedom, the world population feels, is under siege.

In the face of such hostility toward religion and religious freedom, the faithful have celebrated the progress made in recent years in the courts. But wins to defend freedom in court, as the attacks are increasing nationwide, is not fully good news. Ask one of our firm’s newest clients, Gail Blair, a blind woman who has been banned from a public park because she offered a free copy of the Gospel of John to those who may want one. Even if we win this case, which we will do all in our power to do, these increased attacks are not good news.

As much as we should be thankful for the successful cases that have been of critical importance to religious freedom in the past nine years, it masks the seriousness of the siege against religious freedom: We have had 14 cases at the Supreme Court of the United States in only nine years defending our “first freedom.”

Put another way, for the first almost 100 years of our republic, there were zero cases decided by the U.S. Supreme Court concerning the Free Exercise Clause of the First Amendment, and 110 years passed before the high court heard a case on the First Amendment’s Establishment Clause—and then not another case on either clause for another 41 years after that.

Since 1940, litigation on religious liberty has exploded at an alarming rate in nearly every area of religious life: school prayer, legislative prayer, release time education, religious land use, distribution of religious literature, conscientious objection, wearing religious head coverings in military service, the Pledge of Allegiance, religious beard length and so forth.

Our country has witnessed a barrage of litigation directed at the fundamental freedom of religious liberty—more than 75 cases since 1940. The numbers do not lie: It took 110 years to see three Supreme Court cases challenging religious liberty, but only 80 years to litigate more than 75 more. Religious freedom has been under increasing siege for eight decades now.

Just look at some of the many cases that are right now being litigated across the nation’s lower courts. Coach Joe Kennedy took a knee in silent prayer after a high school football game and lost his job. A multi-ethnic church in the middle of nowhere Nebraska just wants to care for its community, providing care to the members of the Omaha nation that make up most of the town. Yet, the church has been under physical attack and city leaders would rather allow its main street to fall into disrepair than permit Light of the World Gospel Ministries to build a church on the dilapidated town square. Orthodox Jewish synagogues in California have faced 10 lawsuits brought by animal rights in a span of just five years over a religious tradition dating back to at least the seventh century.

A nation not experiencing a siege against religious freedom would not find its courthouses filled with lawsuits over a Marine Corps veteran-turned-football coach fired for praying, a Northern Irish emigre pastoring Native Americans in Nebraska or our Orthodox Jewish neighbors reserving an annual court date in order to practice what the First Amendment clearly protects.

The fact that litigation is even necessary is thanks, in some measure, to the lack of political will by leaders to preserve and defend religious freedom. Take the Religious Freedom Restoration Act (RFRA). Not only has the once-wildly popular statute, which almost passed unanimously through Congress, now become the central target of one political party’s sworn opposition, but in 2014, just five of the nine justices of the Supreme Court agreed that its protection extends to religious freedom in the marketplace.

That it was one vote away from the opposite result reveals the progress of the siege against religious freedom well enough; but why was Burwell v. Hobby Lobby even at the Supreme Court, in the first instance, if our political leaders were so committed to religious freedom? If there were no siege on religious liberty, why has an order of Catholic nuns, the Little Sisters of the Poor, been embroiled in litigation to protect their fundamental rights of conscience since 2013?

Government officials are using regulations to crush and squeeze out religious freedom across the country. As my colleague Justin Butterfield recently observed, the true genius of Justice Clarence Thomas’ majority opinion in yet another Little Sisters of the Poor case is that it gave the country something quite profound: “a requirement that agencies engaged in rulemaking not only may, but must, consider the impact of RFRA (as well as the First Amendment to the U.S. Constitution) on their regulations or risk having those regulations struck down as an arbitrary and capricious exercise of rulemaking power.” That such an opinion is necessary speaks volumes.

Religious liberty may be under siege, but all is not lost. The First Amendment still exists, and its principles are shared by most. Though the ramparts rise to the level of the walls guarding religious freedom, its defenders stand athwart demands for its redefinition or destruction.

We have, in our recent pandemic, lived through what many on the legal, political and cultural Left envision as religious freedom, but often downgrade to “the right to worship”: stay in your homes, worship in a virtual environment and don’t let your religion outside and certainly not into your workplace, lest you infect the rest of us. That has rightly chafed many Americans. They understand that religious freedom is something more: that one’s duty to the Divine is not something granted by government and, therefore, not something permissibly taken by it, either.

Rather, it is a freedom attached to our humanity. It is a right meant not merely to permit religious worship, but for it to be exercised. It is a liberty not only to hold one’s convictions and conscience, but to speak about them publicly and to live them out freely. It is a sacred human benefit to be fought for—and protected by neighbor, elected official and jurist alike.

Religious freedom is not the default experience for human history. It will not protect itself against the siege laid at its gates. That duty falls to you and me.

* This article was originally published on Newsweek on August 5, 2020.