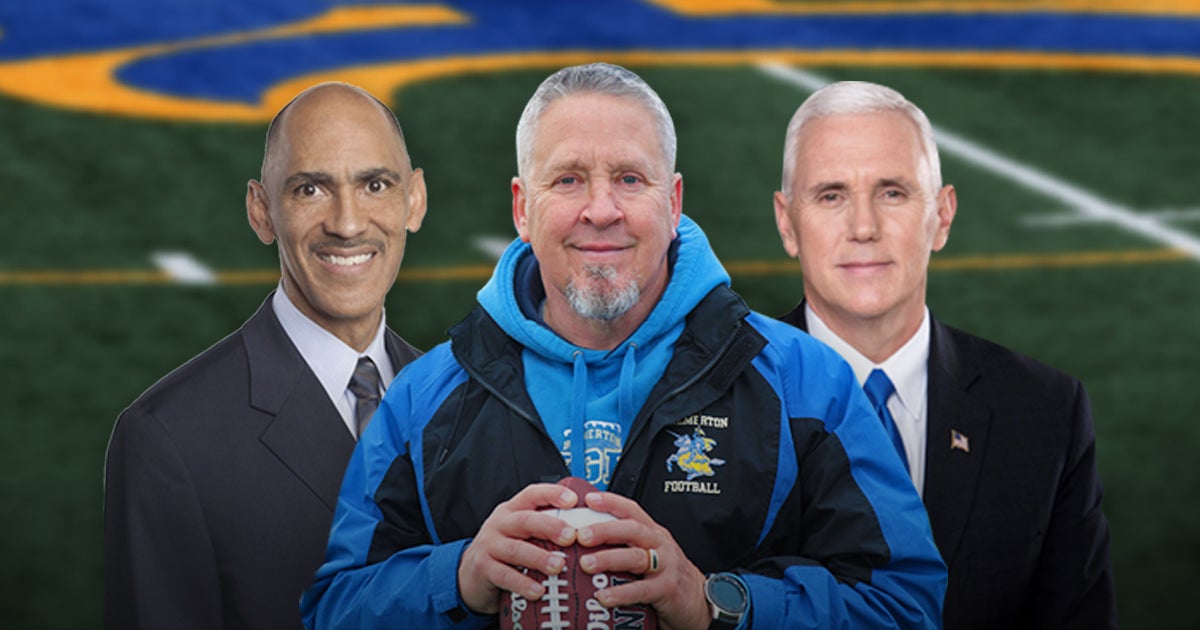 As First Liberty waits for a response from the U.S. Supreme Court on whether it will hear Coach Joe Kennedy’s case, more Americans are joining forces and cheering on Coach Joe in the fight to reclaim his constitutional rights.

Pence’s brief makes clear our nation is built on the fundamental promise that Americans of all faiths should be free to exercise their faith through prayer:

“No right is more fundamental to our Constitution than the ability of every citizen to give personal thanks to God.”

Additionally, the Bowden family’s brief echoes a similar principle, that in America citizens should never be forced to choose between their faith and their jobs:

“No coach should have to set down their faith when they pick up a whistle.”

But they aren’t the only ones rallying to support Coach Kennedy. Here’s a quick rundown of other national allies who’ve submitted friend-of-the-court briefs in recent weeks:

The latest additions to Coach Kennedy’s roster are impressive, but all the best coaches know it’s not enough to have an All-Pro, elite set of players. Leading a team to victory requires matching great talent with a great playbook.

Let’s briefly recap our legal team’s winning game plan for Coach Kennedy—and why we believe this case could set a new precedent protecting constitutional rights for millions of Americans.

Coach Kennedy’s case could be a historic case for religious liberty, as it presents a unique opportunity for the Supreme Court to rectify a bad precedent that made “free exercise” of religion cases nearly impossible to win.

Recall that in 2019, the Supreme Court declined to hear Coach Kennedy’s case. But four justices gave us good reason to hope the Court could hear it in the future.

Justice Alito, joined by Justices Thomas, Gorsuch and Kavanaugh, issued a rare statement: “The Ninth Circuit’s understanding of the free speech rights of public school teachers is troubling and may justify review in the future.”

What was so “troubling” about the Ninth Circuit’s understanding of free speech rights? It essentially argued that all speech by public school teachers is government speech, and therefore any religious expression would violate the First Amendment.

Attached to the Ninth Circuit’s most recent ruling, several judges wrote excellent dissenting opinions. These opinions beautifully lay out the facts of Coach Kennedy’s case and explain that the law is on his side.

Also, the Ninth Circuit judge who wrote that most recent opinion even rebuked Coach Kennedy for the way he prayed on the field. We believe the court’s inappropriate, unconstitutional conduct is something the Supreme Court will likely want to address.

Additionally, the four Supreme Court justices who issued the rare statement also suggested they’d be open to reviewing Employment Division v. Smith, the bad precedent-setting decision from the early 1990s that dramatically hampered the power of the Free Exercise Clause of the First Amendment.

This represents a great source of hope for people of faith in America, because it means Coach Kennedy’s case could be the vehicle for the Supreme Court to overturn the harmful Smith decision. If successful, a win for Coach Kennedy could reclaim the Free Exercise Clause and help ensure millions of Americans no longer have to choose between their jobs and their religious beliefs.

Just as in football, legal victories of great significance are rarely won in a single instance. It takes patience, hard work, and a great game plan. Now, Coach Kennedy and his team are at the goal line, and with so many positive indications, we believe scoring a major victory is well within reach. 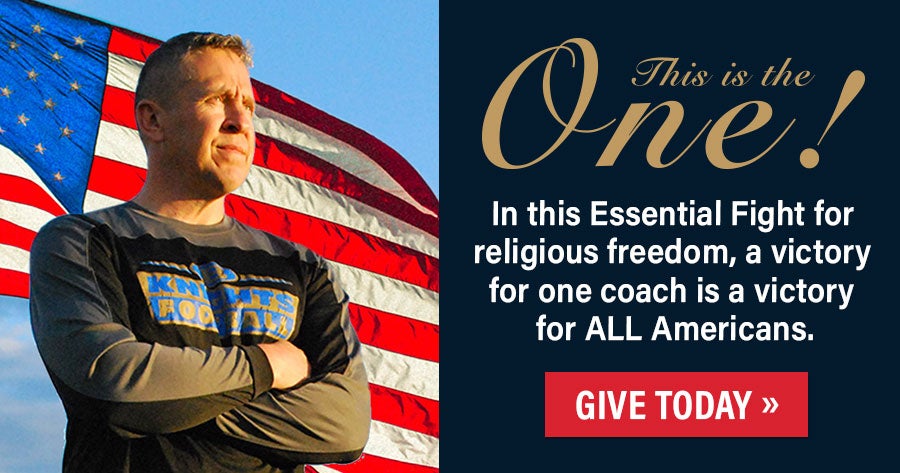